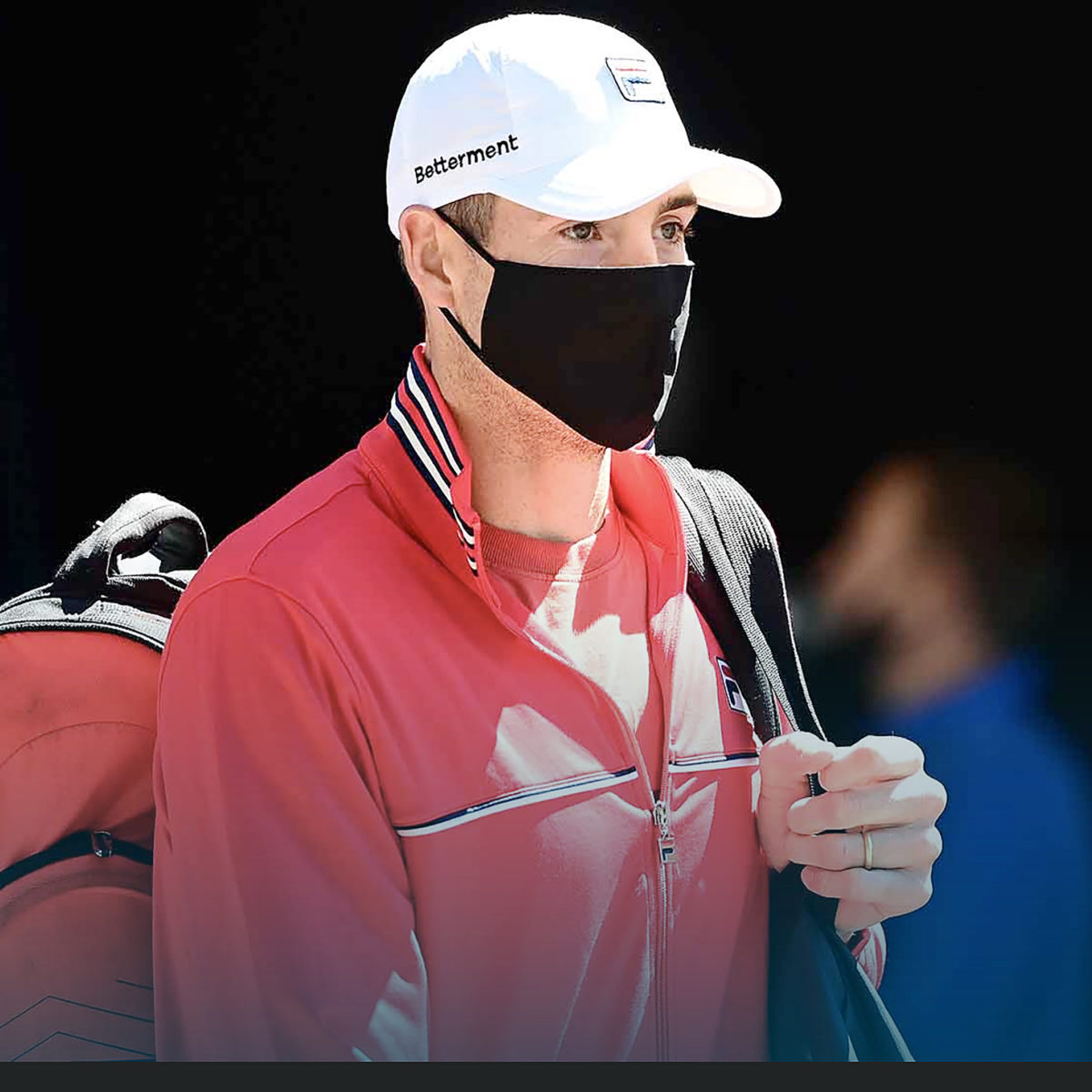 With a first-round victory on Sunday in his first clay match in more than two years, it takes more than some typical autumn weather to dampen the optimism of John Isner at the French Open.

The American who came to Roland Garros without any clay tuneup matches during this one-off COVID-influenced season. managed nice against a local wild card, advancing to the second round 6-4, 6-1, 6-3 as Frenchman Elliot Benchetrit went on a racquet smash trampage on his way to defeat.

Isner could not have been less concerned as he won on a chilly opening day of wind and passing rain showers.

“I mean, this is really what you can get playing in roughly northern Europe in late September,” the Dallas-based family man said. “It’s really not out of the ordinary.

“I’m very happy that we were able to play today. I went to bed last night thinking it was going to be a long day, one of those where I never really got on the court.

“The weather cleared, albeit a bit nasty out there.”

The Open unilaterally moved its dates form the standard late May start, shifting the whole package by four months.Isner last put his feet on clay here in June, 2018.

But typical autumn weather in Paris also comes as part of the emergency date change.

“Even in May you can have some cold, damp conditions,” Isner said. “But it’s never really been this cold and this damp and windy.

“All of us are happy to be playing right now, be playing a Grand Slam.” Isner is making Paris his one and only European stop at the moment.

“I just didn’t feel like I was ready to go over and play Rome, possibly Hamburg. I was telling myself the best preparation for me at Roland Garros was to stay at home and train, just be there with my family.

“When it really came down to it, I just didn’t want to leave them.

“I’m coming over here for one tournament and I’m flying back home afterwards. That was my plan. I was telling myself all along.”