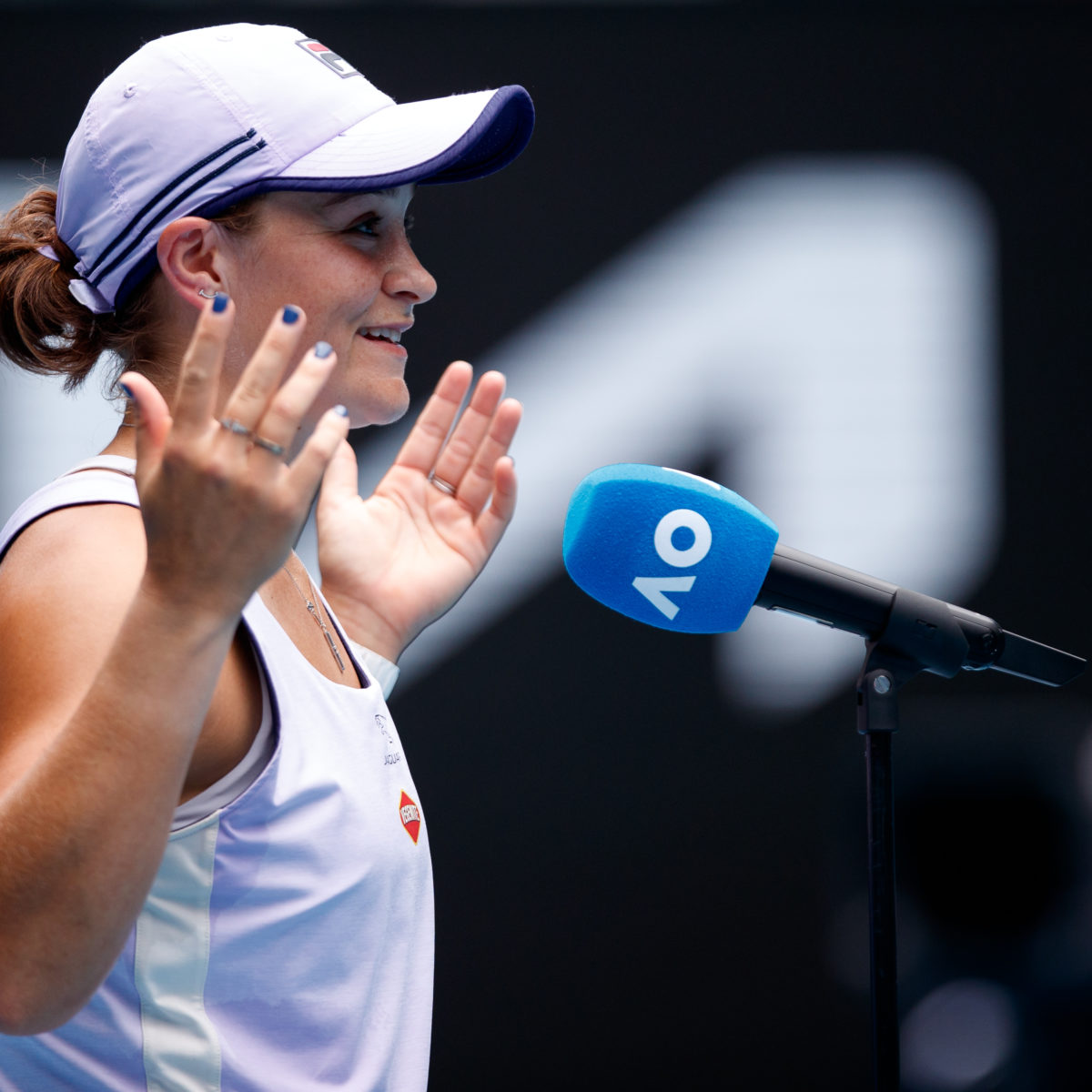 A nervous Ash Barty overcame an injury concern to beat fellow Aussie Daria Gavrilova 6-1 7-6(7) and book a third ound spot at at the Australian Open.

The world No.1 showed rare glimpses of form, often struggling to m make the necessary breakthroughs.

Barty shrugged off the leg injury scare after the match, saying she was fine.

“There is a bit of taping going on there,” she said. “It’s actually a very small tape job, we just wrap it to make sure it stays on. I can’t really hide it. I’m fit as a fiddle. I’m good to go.

“Obviously having 12 months off [I’m] a little bit rusty, but I’m certainly happy with how I’ve been able to fight though the last couple of weeks.”

Barty comfortable controlled the match, taking out the first set after losing the first game.

And at 5-2 in there second, she was took her time to seal the match – she hit six double faults in the match – and her trademark topspin wasn’t spinning.

Gavrilova saw her chance and won four straight games before Barty saw the danger and won it in a tiebreak.