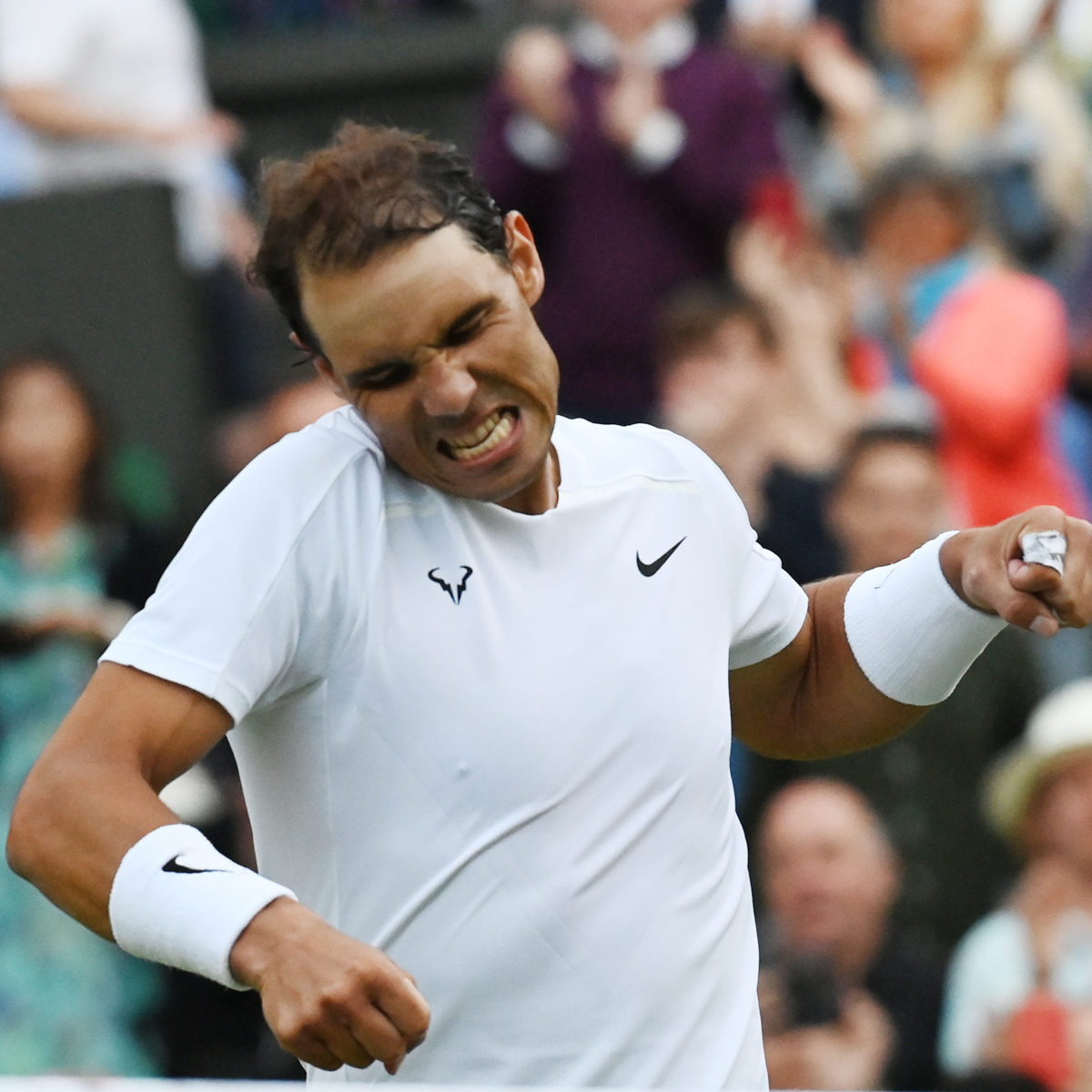 An abdominal muscle tear which could only get worse under pressure on Thursday forced Rafael Nadal to withdraw a day before his Wimbledon semi-final with Nick Kyrgios.

“Good evening. I have to pull out of the tournament,” he said.

“As everybody saw yesterday I have been suffering with the pain in the abdominal (area).

“That’s confirmed. I have a tear in the muscle.

“It doesn’t make sense to play, injury will get worse”.

The veteran Spaniard saw his dream of a possible calendar-year Grand Slam title sweep evaporate as he withdrew after lifting 2022 titles at the Australian and French Opens.

The record-setting 22-time Grand Slam champion announced his painful decision, which was hardly a surprise considering he is suffering with a 7-cm tear in an abdominal muscle.

A day after outlasting Taylor Fritz in five sets over four and a half hours of playing mainly in pain, the second seed threw in the towel.

“I’ve had some issues in the abdomen for the past week,” he said. “But I was able to control them.

“But yesterday after my match this very small thing had increased to a bigger thing.”

Nadal said doctors tell him he will need to rest the problem for three to four weeks, throwing a spanner into his US Open run-up.

Nadal said that his serv was the most affected: “It’s not only that I can’t serve at the right speed, it’s that I can’t do the normal movement to serve.

“I took this decision because I know I cannot win two straight matches in this condition.

“I don’t want to go out there and not be competitive enough to play my best.

“The most important thing to be is happiness over a title.”