Nadal through in day of upsets 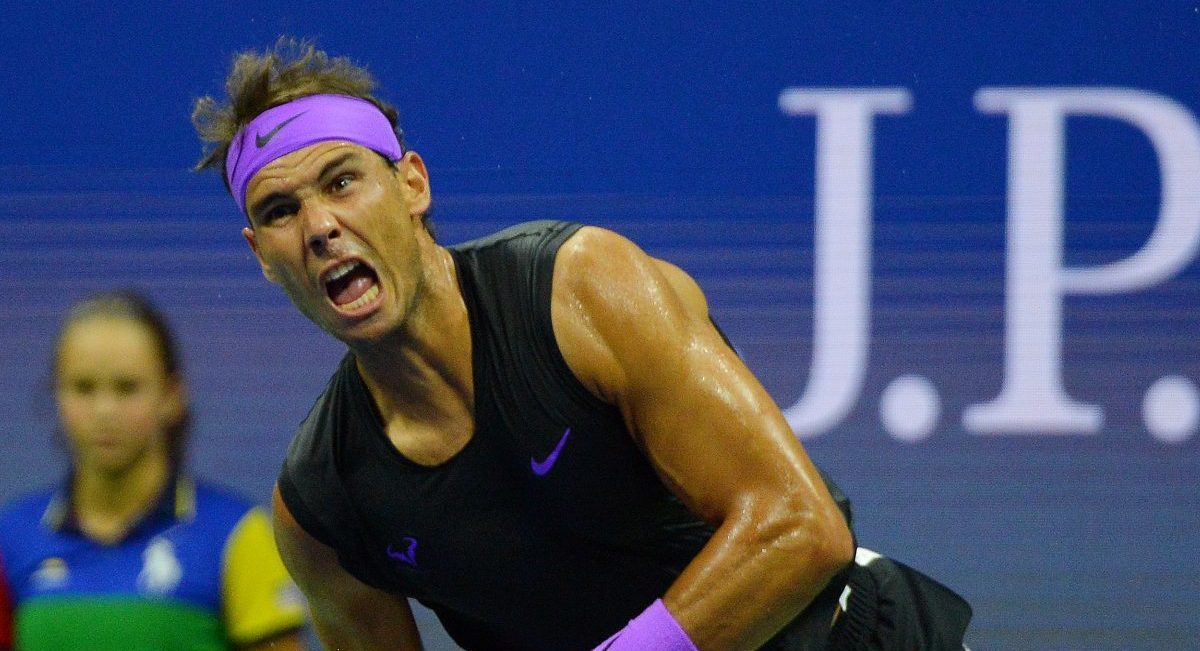 Rafael Nadal easily survived a day of upsets as he thrashed John Milman 6-3, 6-2, 6-2 on Tuesday to power ahead into the second round at the US Open.

The Spanish second seed avoided the fate of four fellow Top 10 players who exited in the first round in rapid order.

The three-time champion defused any upset hopes of his Australian opponent, who caught Roger Federer on the hop her in the fourth  round a year ago and got as far as the last eight.

Nadal won his 15th Open first-round match as he played his fist event since winning the Montreal title three weeks ago and then sitting out Cincinnati to rest.

The 33-year-old was unimpeded as he took the first setp in his quest for a 19th Grand Slam trophy.

“I came on court with a lot or respect for John,” Nadal said.

“I played a solid match, I’m pleased with the victory.”

“In the first match of a tournament, everything is a bit new, starting is not always easy.

“I played a good match, my serve worked well and I was hitting a good backhand. I’m happy with how I started.”

Fourth seed Domic Thiem’s hardcourt form was compromised by a lingering virus, with the Austrian going down to Thomas Fabbiano 6-4, 3-6, 6-3, 6-2 in a first-round loss.

Thiem, who had to quit in Cincinnati a fortnight ago and was not able to train with any intensity, became the highest-ranking men’s seed to exit

The men who has played Nadal in the last two Roland Garros finals, was dealt a blow by his Italian opponent in just under two and a half hours.

Thiem, winner of the Indian Wells trophy in March, was unable to get past Fabbiano, ranked 87th, in the first-time meeting.

The Austrian out-aced his opponent but clocked up 48 unforced errors while losing serve four times.

“I said before the tournament, that I’ll be able to play the match, but I don’t know what’s going to happen.

“I got very, very tired and exhausted after two sets. I’m far away from 100 per cent – that makes it very tough to win.

“I went on court because in tennis, especially in such long two-week tournaments, anything can happen. But it is what it is.

“It  was not the real me there on the court. All I was thinking about was me, how I somehow can win the match.”

The surprise win too nearly four hours, with the cramping Greek seed now in full crisis mode after failing to win a match at Wimbledon and the summer Masters 1000 pair of Montreal and Cincy.

The 20 aces off the Tsitsipas racquet were not enough for victory, with Rublev breaking five times from 20 opportunities.

It was the 20-year-old’s fifth loss in an opening match from his last seven tournaments.

“He he played well, didn’t give me many options,” Tsitsipas said. “I could have done more, but I don’t really know how.

“I didn’t serve very well today, which affected the whole cycle of my game of how I feel from the baseline, how I feel at net.”

“I believe I can do better. I really hope I do better next time. I wish him the best, because he deserves to go far and deep into the tournament.”

Rublev has been on fire recently, with Tsitsipas his third Top 10 victim since July. The Top 10 victim count climbed to four on the day after Canadian Vasek Pospisil earned his first win since October (back injury) as he put out No, 9 Karen Khachanov 4-6, 7-5, 7-5, 4-6, 6-3.

The success marked his first Grand Slam match win since 2015 Roland Garros after losing in his last seven main draw attempts at the majors; it was his fifth success overall.