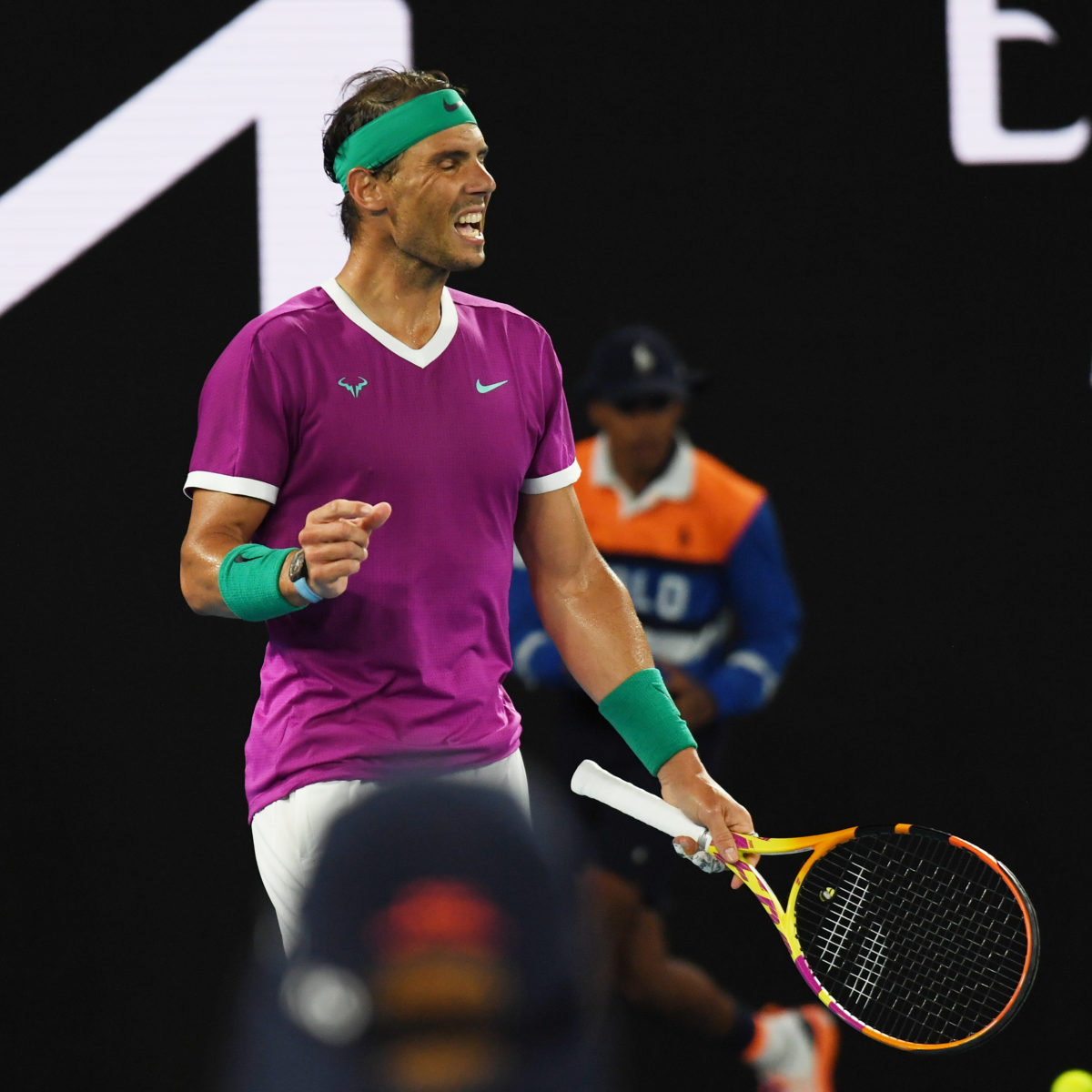 “I was a little bit lucky at the end of the tiebreaker, I had my chances but then he had a lot of chances too,” Nadal said.

“That crazy first set was so important and the service break at the beginning of the second set too.

“He had been playing some fantastic tennis during the whole tournament, winning against amazing players, and today the first set was super difficult.

“His ball was very difficult to control, very flat, very fast and I am very happy that I survived that.”

Nadal head seven set points in that first set tiebreak and Mandarino held four as the pair battled for supremacy.

Mannarino looked to have injured himself chasing down a shot and Nadal pounced to eventually take the set.

The knee knock had to be treated, but despite battling on, the Frenchman didn’t have the pace to stay in touch.

And once he had overcome that first set hurdle, Nadal picked up the pace and took sets two and three with relative ease.