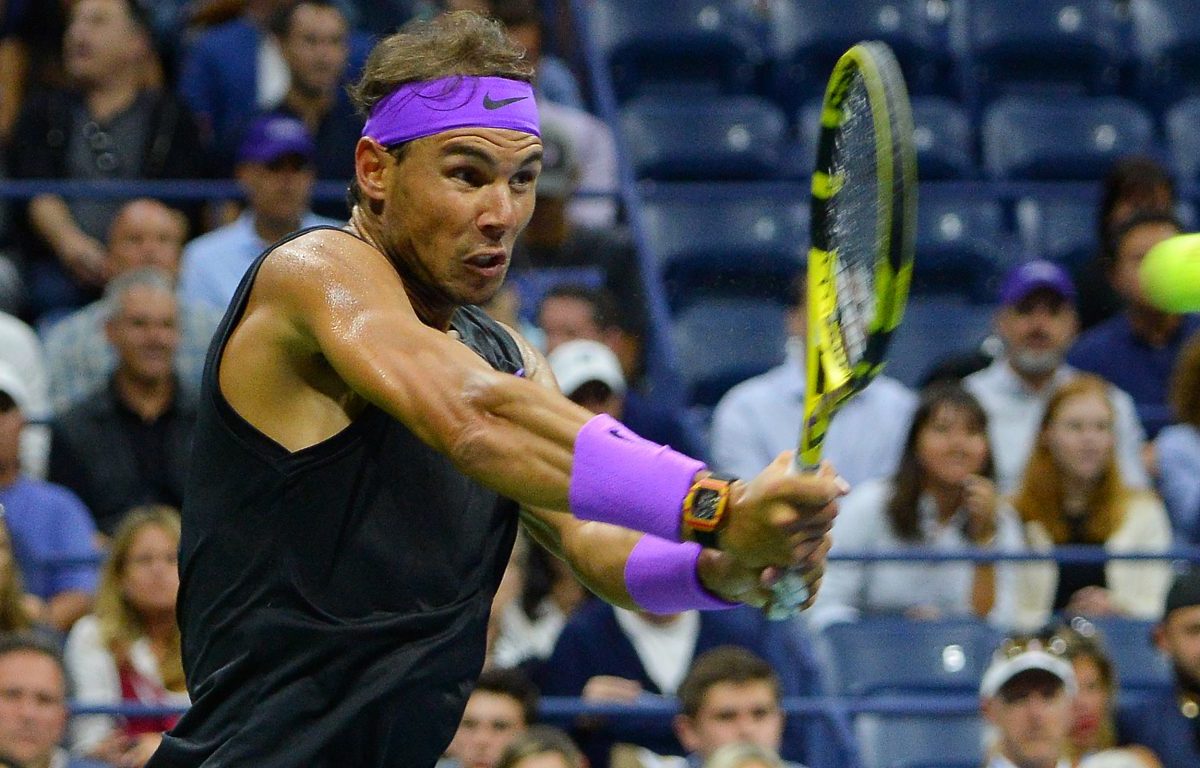 Croat Marin Cilic briefly came alive in the second set before fading away under an onslaught from Rafael Nadal as the Spaniard dominated in a 6-3, 3-6, 6-1, 6-2 win into the quarter-finals of the US Open on Monday.

Cilic won the event in 2014 but has battled with knee injury this season.

Three-time winner Nadal increased his grip on the contest by sweeping the third set and breaking four straight times to run out a 3-0 lead in the fourth.

Nadal saved the best for last, sending a scorching return around the net post to set up a match point; he converted with a winning forehand cross-court which caught the hapless Cilic going the wrong way.

Nadal improved his record in the series to 7-2 as he dealt his opponent a first Open loss in the round of 16 in nearly three hours; he won with 11 aces and a total of 38 winners.

He earned a place in his 40th quarter-final at a major, at one point taking nine straight games.

Nadal has won 24 or his last 25 matches, beating Cilic with 11 aces and 38 winners as friend Tiger Woods watched the action.

The Spaniard said that after playing dead-level with Cilic over the first two sets showed him he needed to break things open.

“I thought something needed to chance. I didn’t want the match to be in his hands.”

Nadal next faces Diego Schwartzman for a place in the semis. The Argentine defeated Alexander Zverev 3-6, 6-2, 6-4, 6-3.

“Diego is playing amazing,” Nadal said. “He has a lot of talent, it will be a big challenge for me.

“I need to play my best, I know his game well, he’s a close friend.

“I hope to be ready to play a great match. I believe I have chances to be in the semi-finals.”

Sixth seed Zverev missed his chance at a third career Grand Slam quarter-final when the German ran into Schwartzman.

The win marked the Argentine’s sixth victory over a Top 10 player against 22 defeats and matches the top win of his career, a defeat of Kei NIshikori at Rome in May.

Zverev failed to turn the momentum as he dropped to 1-4 down in the fourth set. The German mildly protested a point and game penalty for audible obscenity which gave Schwartzman a 5-2 lead.

The Argentine put it away two games later on his second match point to win a contest where Zverev dumped 17 double-faults and was crushed by 65 unforced errors.

He will be playing his second quarter-final at Flushing Meadows in the past three years.

“I need to be focused, it will be a big day, Schwartzman said of his 0-7 record against Nadal.,

Zverev, who has suffered through a run of modest form, said he likely never had a chance at the final major of the season.

“It’s been a much better week for me than it’s been in the last few months, I can take positives out of that,” he said.

“it was difficult conditions for me, very slow out there – actually the opposite of what would be preferred for me.

“But credit to him, he played a great match. He was very aggressive, playing well”.

Italy’s Matteo Berrettini achieved his best Grand Slam showing in the wake of a surprise Wimbledon fourth round, with the Roman advancing into the last eight over Russian Andrey Rublev 6-1, 6-4, 7-6(6).

He will face a test in the next round against French 13th seed Gael Monfils hammered Spanish veteran Pablo Andujar, who has come back to his career after three elbow surgeries which left him considering retirement, 6-1, 6-2, 6-2.

Berrettini is the first Italian man to get this far here since current Fed Cup captain Corrado Barrazzutti 42 years ago.