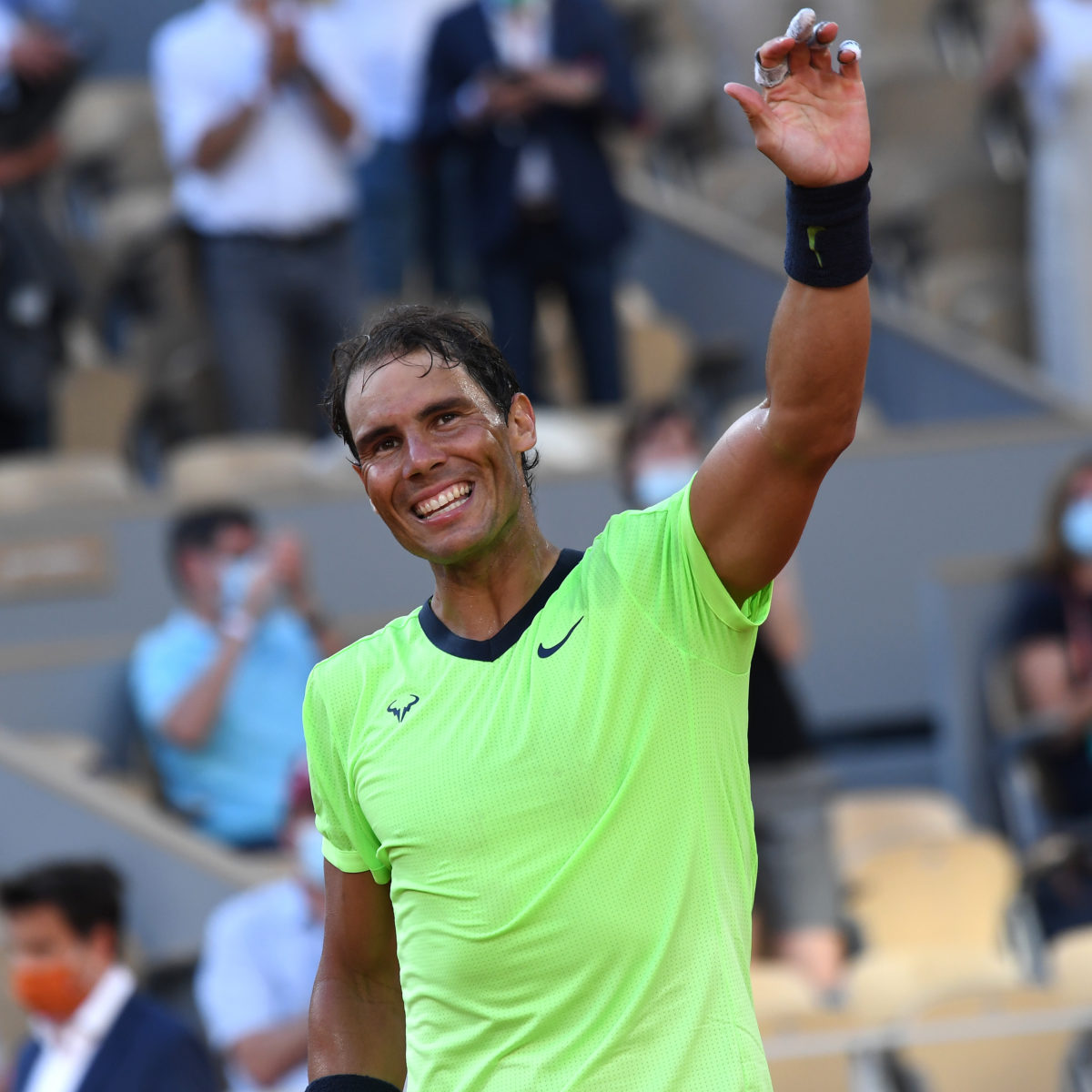 Rafael Nadal swatted away an early challenge from Italian teen Jannik Sinner, with the third seed dominating on Monday with a 7-5, 6-3, 6-0 win into his 15th quarter-final at the French Open.

The king of clay is looking unstoppable in his chase for a record 14th trophy at Roland Garros.

He will test himself again with a semi-final sport at stake when he faces familiar foe Diego Schwartzman,

Nadal trailed Sinner by an early break but corrected that situation as he quickly took charge of the match momentum.

The Spaniard finished in two hours, 20 minutes with nine breaks of serve against the 19-year-old ranked 19th.

“These were my ideal clay conditions on this special court for me,” Nadal said. “Jannik played very well, he has a bright future.”

Nadal has lost only once to an Italian at a Grand Slam, going down to Fabio Fognini at the 2015 US Open after holding a 2-0 lead on sets.