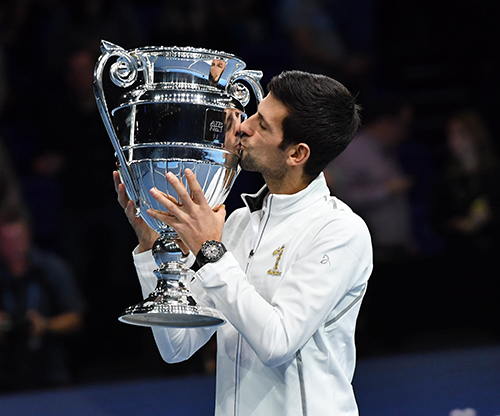 With Rafael Nadal reportedly declining a wild card into the small-time Sofia event next month, Novak Djokovic is poised to tie the all-time mark for the most career year-end top finishes.

Spanish media report that Nadal is not interested in playing the Bulgarian event in hopes of perhaps pipping Djokovic for the season’s top ranking.

As a result, Djokovic looks to pull alongside Pete Sampras by finishing ATP No. 1 for the sixth season.

The Serb is competing this week in Vienna while Nadal will play in next week’s Paris Bercy Masters, where Djokovic will be absent.

Sofia, a 250-level tournament,, is set for the week after Paris, ending a day before the kickoff of the eight-man ATP Finals in London on November 15.

But Nadal’s chances of upsetting the established order are not completely over: the Spaniard could statistically knock Djokovic from No. 1 in the coming months if he wins Bercy, London or January’s Australian Open.