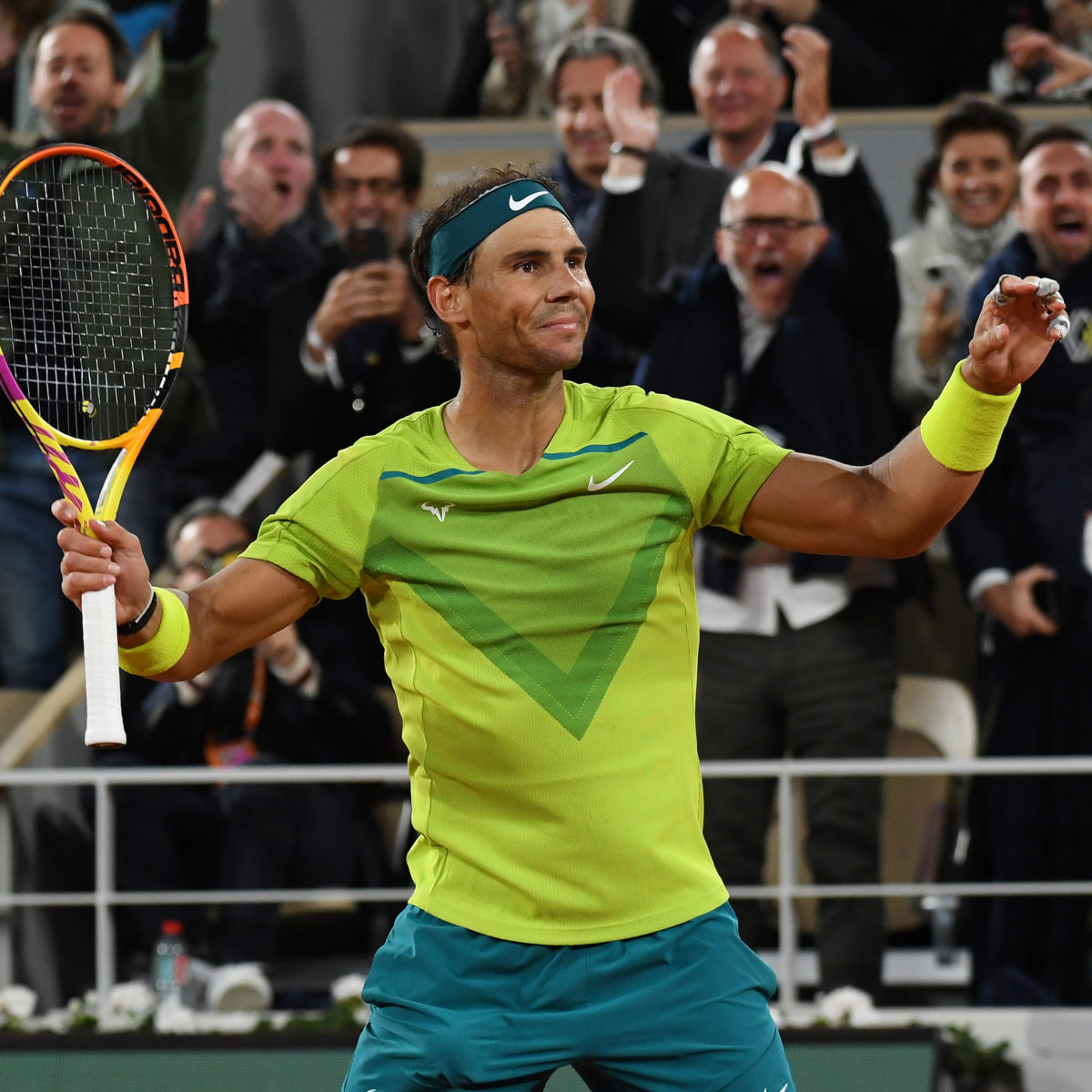 Rafael Nadal rode a wave of night-time fan support to a 6-2, 4-6, 6-2, 7-6(4) defeat of Novak Djokovic in a dramatic French Open quarter-final which ended in the early morning hours of Wednesday.

The 13-time champion at Roland Garros was tested as he and his main rival met for the 59th time, with the Spaniard closing the gap to 29-30 in the series.

Nadal now holds a 20-18 advantage in clay matches and 11-7 in Grand Slam meetings.

“It’s very emotional for me, it was incredible to play like this,” Nadal said after a victory which took four hours, 12 minutes to complete.

“Thanks to all the fans, the support was incredible for me at the most important place of my career. Without a doubt there is no one other place like this one for me.

Nadal came back from a break down in the fourth set and needed a tiebreaker to assure victory.

“It was a very tough match against one of the best players in the history,” the winner said. “Playing Novak is always an amazing challenge.

“We have such a history – today was another one.

“To beat Novak you have to play your best from the first point to the last.”

Djokovic was knocked back as he tried to extend an 11-match win streak at Roland Garros as his title defence went up in smoke. The Serb had handed Nadal his only loss in quarter-finals here against 14 wins going into Tuesday’s showdown.

The pair last met in the Paris semi-finals a year ago with Djokovic taking victory.

Nadal snapped up the first set in 51 leisurely minutes to end the Djokovic run of 22 consecutive winning sets but got bogged down in the start of the second set with a long, draining game.

The Spaniard forced the Serb to save seven break points before smashing down a winning overhead at the net to end the 16-minute opening game with a 1-0 lead.

Nadal secured a second break only to lose it as Djokovic fought back.

The pair launched into what turned into another monster six-deuce game with Nadal saving six break points before driving wide on a seventh as Djokovic got back into the chase on a chillly night, 3-all nearly an hour into the set.

The error-prone Djokovic handed over a break point in the seventh game on a double-fault but saved it with a winner seconds later.

But Djokovic finally brought the 86-minute set to a close 6-4 on his second set point to square the contest with two and a quarter hours gone with midnight barely half an hour away.

Nadal began the third set with a break and stayed the course for a 4-1 lead. The fifth seed held his nerve as his opponent saved a set point before driving wide on a return to drop the set moments after midnight.

Djokovic broke in the first game of the fourth but Nadal earned payback in the 10-minute ninth as he broke back  on his third set point as some fans huddled under blankets in the night air.

Nadal served out a love game to bring on a fourth-set tiebreaker after four hours of battle.

The Spaniard quickly found his way to five match points, with Djokovic saving the first two on his own serve in the decider plus one more.

But Nadal ended the marathon as he sent a backhand winner to the empty court to advance.