Nadal out as Djokovic powers on

Tears as knee injury forces Rafa to quit against del Potro in US Open semis to set up tantalising final between Argentine and Serb.

A tearful Rafael Nadal was forced to quit his US Open semi-finals clash with knee pain after limping through two losing sets against Juan Martin del Potro on Friday while Novak Djokovic powered past Kei Nishikori into the final of the last grand slam of the year. 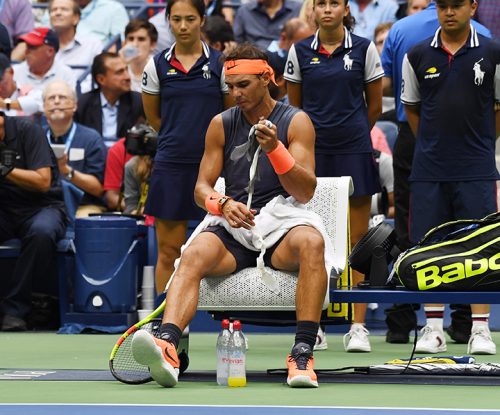 The Argentine, cheered by a group of mates from his hometown of Tandil,  advanced 7-6(3), 6-2 as Nadal was forced to retire with a knee problem early in the 69-minute opening set between the two Latin gladiators.

“I had an issue, it was in the second or third match during the tournament,” Nadal, who received several medical visits on court during his struggle, said.

“But I think was 2-All in the first, 15-Love that I felt (more pain). After that, I was just trying to see if in some moment the thing can improve during the match. 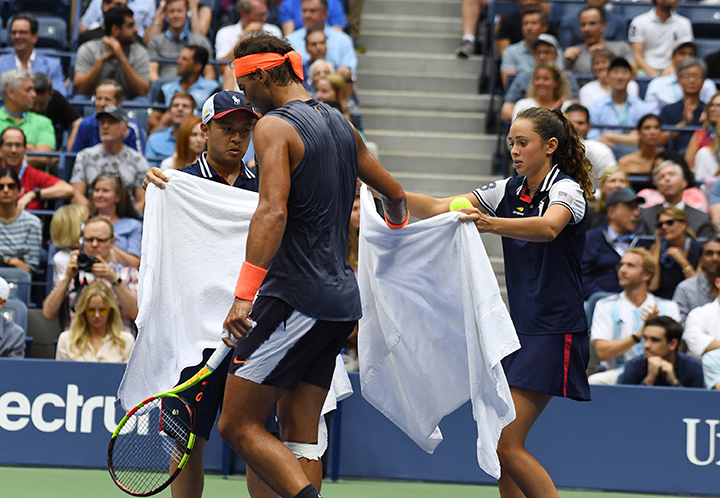 “But no, it was not the day. You can it was very difficult for me to say good-bye before the match finished.

“But at some point you have to take a decision. It was so difficult for me to keep playing at the same time that way, having too much pain.”

The 32-year-old three-time New York champion made his first retirement from a match at Flushing Meadows, with his grimaces at the end showing his frustration for all to see.

He finally gave it up after the third game of the second set,  two painful hours into the one-sided contest. 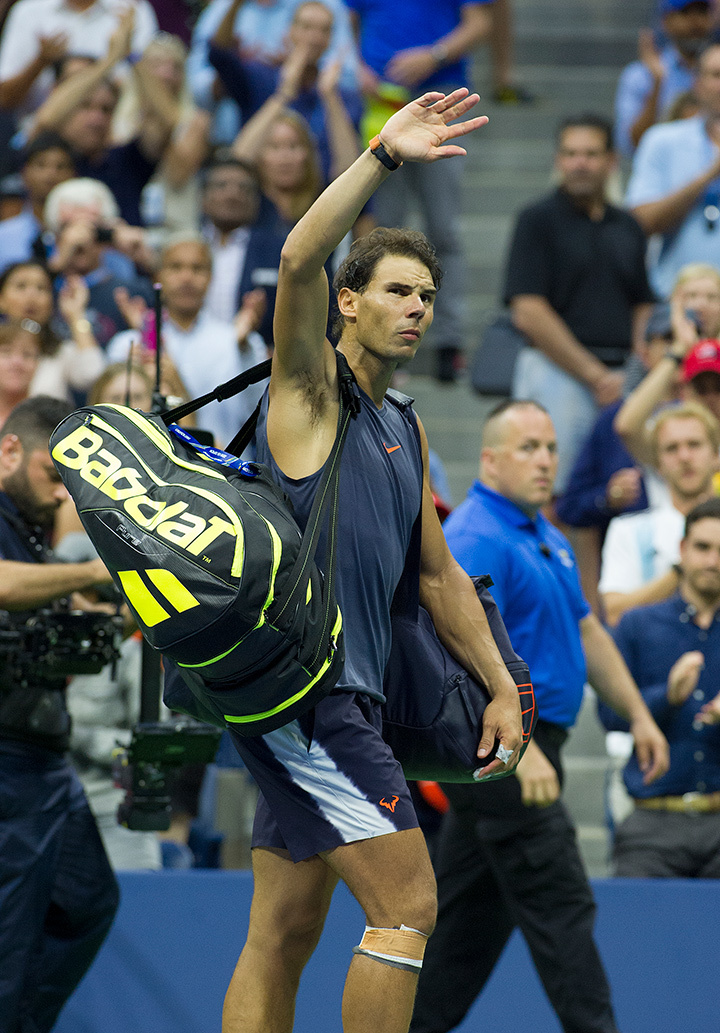 Nadal was coming off a five-set marathon win over Dominic Thiem in the quarter-finals and had played for almost 16 hours during the event; the Spaniard also had to quit an Australian Open quarter-final in January against Marin Cilic.

Del Potro, another injury victim whose wrist problems and eventual four surgeries began shortly after he beat Roger Federer here for the 2009 trophy, was moved by his opponent’s plight. 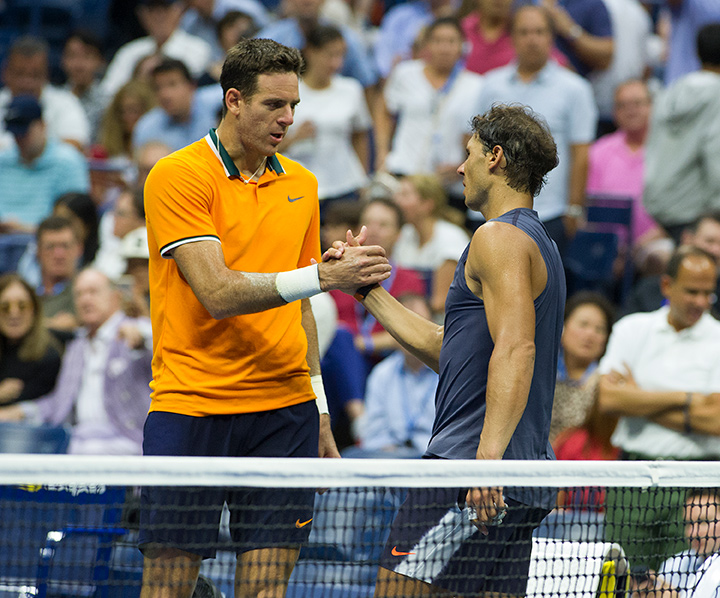 It’s not the best way to win a match, but Rafa is the biggest fighter in our game.

“We both played really good tennis, it was a tough one. I did well in the tiebreak; I’m, so happy to be in the final again.”

Nadal stood 11-5 over the Argentine coming in and had won their last three matches – all played over the past year at the Grand Slams.

“This means a lot to me, ” del Potro said. “I didn’t expect to get back to the final at my favourite Grand Slam. 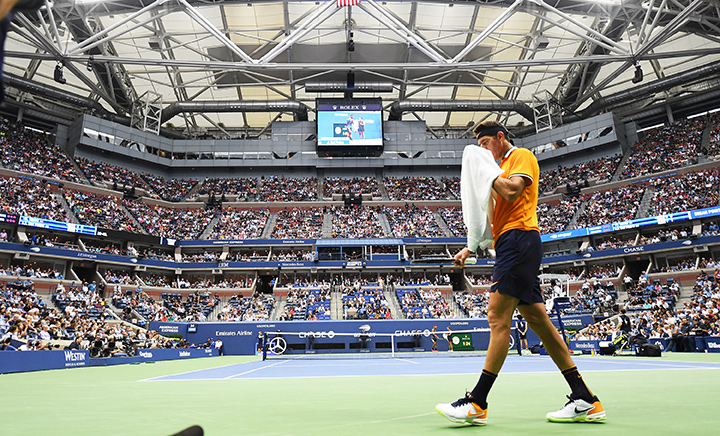 Wimbledon winner Djokovic gained more traction in his own comeback form a two-years slump due in part to fitness problems.

He also took revenge for losing to Nishikori here in the 2014 semis, the year the Asian ace reached the final against Cilic.

Djokovic, twice a Flushing Meadows titleholder, finished his victory with an ace in less than two and a half hours, never facing a break point while winning his fourth in a row in the series.

“It felt really good, easier said than done – you have to execute the shots against Kei Nishikori, who is one of the quicker movers on the tour,” Djokovic said.

“In the important moments I came up with some good serves. I was returning well. I was putting constantly pressure on him, trying to move him around the court. 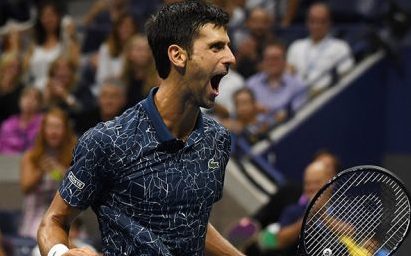 “The match was really, really good from my side.”

Nishikori was hindered by more than 50 unforced errors. “He was playing very solid everything: serve, return, groundstrokes. It wasn’t easy to stay with him tonight.

”I think I was just tired from last couple matches. I tried to give 100 per cent  Maybe if it wasn’t Novak, I might have chance to play little better.

“But he was playing great tennis today … very credit to him.”