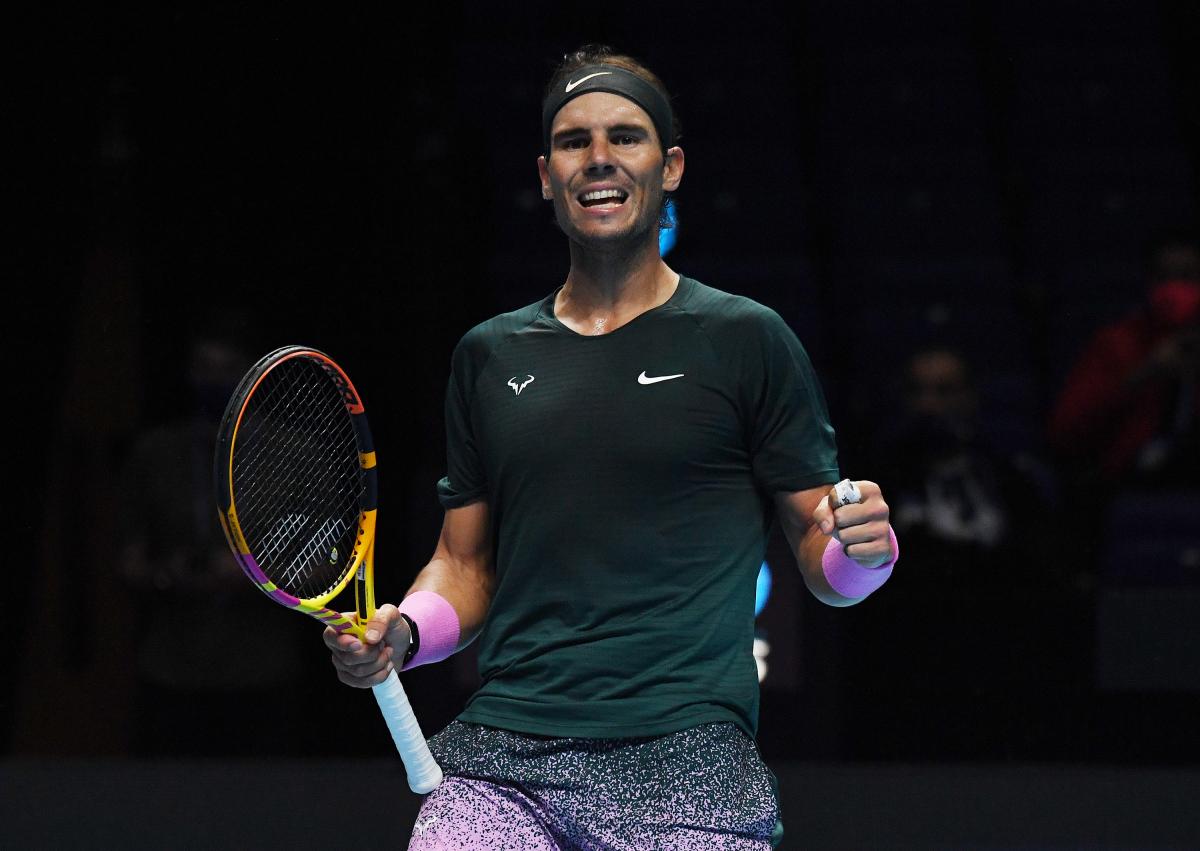 Spain’s world No. 2 who is playing the eight-man year-end event for a 10th time, has never lifted the title.

He will have a day to rest and train before the Saturday knockout round begins.

“I played quite well today,” the 34-year-old Spaniard said. “I lost the second set, but got a break in the third, though he broke me back.

“Until that moment I was winning comfortably. But it was a positive match for me at the last event of the year, it’s an important thing to reach the semi-finals;”

Nadal last reached the final four here in 2015; he came close in 2019 and had to withdraw before the event with injury in 2018.

“It’s difficult to play against the best in the world in every match,” Nadal said. “It’s the end of the season, normally we would be feeling a little tired.

“But this is a different situation. The atmosphere should be fantastic as always.

“I’m sad for the (COVID-19) situation (No fans attending),but this is what we are facing around the world.

“I just hope to be ready to try my best in the semi-finals.

Nadal improved to 6-1 over Tsitsipas after last playing the Greek here a year ago in another group match.