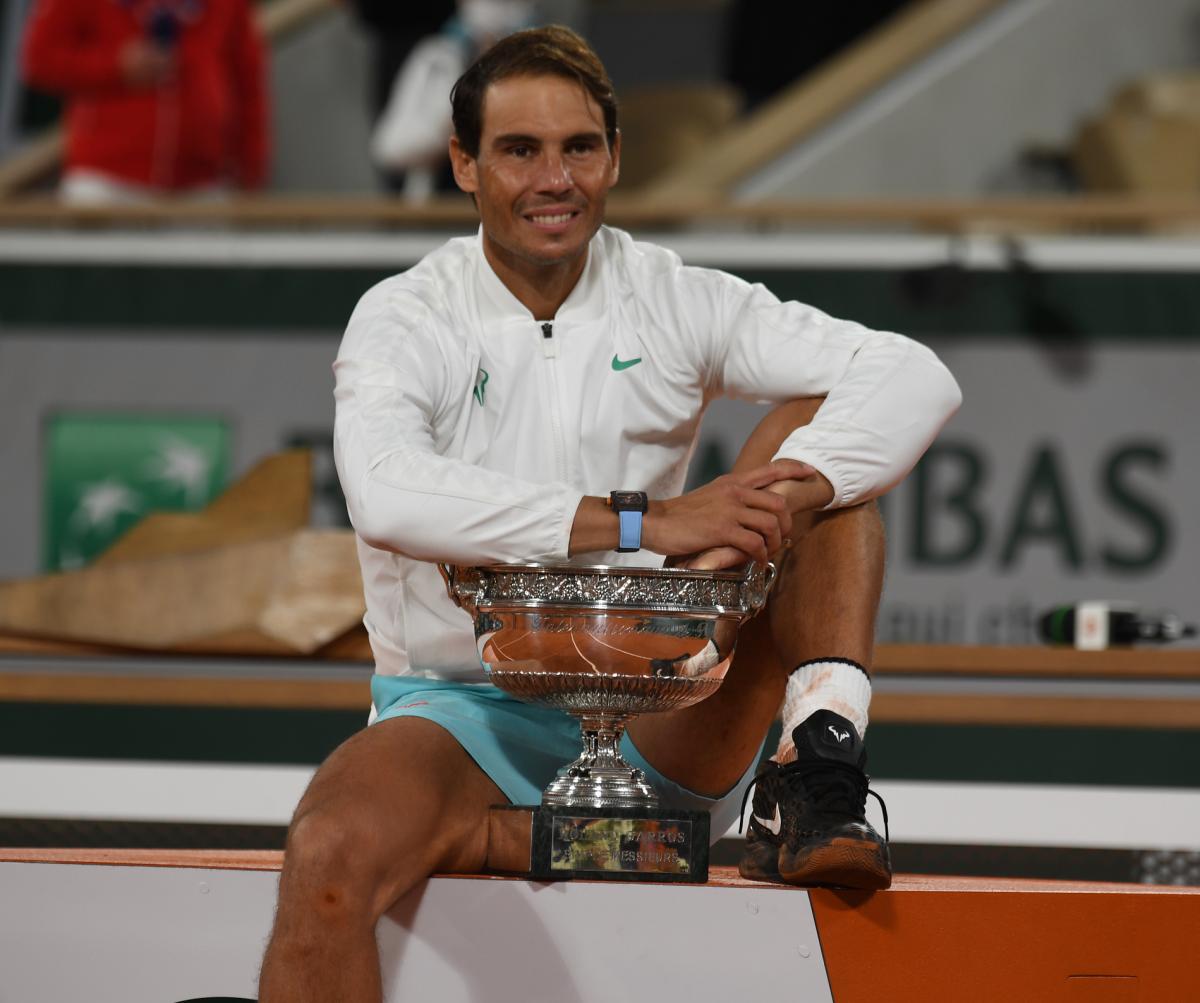 The drubbing took two hours, 41 minutes, with Djokovic only winning his first game of the afternoon 55 minutes after play began.

Nadal sealed it with his fourth ace with alove game after breaking Djokovic a game earlier on a second serve ruled wide by the chair umpire.

“It’s been a very tough year, but to win here means everything for me,” the winner said, referring to the virus-impacted season.

“To win again here means everything to me.

“This is not the moment to think about equalling the 20 of Roger, for me, today is just another Roland Garros victory.

“Novak had another great tournament, I’m sorry for today – but he killed me in Australia (2019 final).

“Today was for me, that’s part of the game: one day one winns, the next day another wins.

“After all I’ve been through in my career with injury – without a great team and a family around me it would have been impossible.”

Nadal and Djokovic were playing for the 56th time, with the Spaniard closing in the series to 27-29; the pair last played here five years ago in a quarter-final with Djokovic winning in straight sets.

“Huge congrats to Rafa and his team and family,” the world No. 1 Serb said. “What you are doing on the court is amazing.

“You showed today why you are the king of the clay, I experienced that in my own skin.

“it was a tough match for me today, I’m not pleased with how I played

“I was outplayed by a better player.

“This virus situation difficult all worldwide, but we have the opportunity to play the sport that we love.”