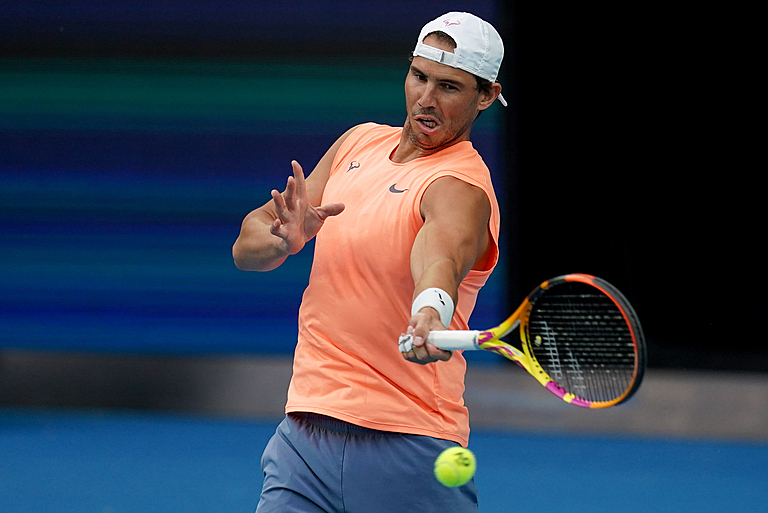 Rafael Nadal will start his Australian Open campaign on the back foot after failing to play a tune-up match this week.

With the Grand Slam summer on a wonky schedule due to the COVID-19 player lockdown, the only chance of pre-major tournament play was this week at the ATP Cup for the Spaniard.

But back problems prevented the world No. 2 from making an appearance in the team event, though the Nadal camp insists that all will come right on the day for the 34-year-old.

Nadal’s only hit-out came a week ago in the Adelaide exhibition. He starts the main event on Tuesday against Serb Laslo Djure.

It’s not the first time that the 2009 Open champion has missed the Australian run-up period.

Nadal also went without a running start here in 2018 and 2019 due to back problems, reaching the 2019 final and the quarters a year earlier.

Spanish WTA compatriot Paola Badosa has complained  of her severe hotel confinement after being locked down due to a positive COVID test.

The No. 67 and her coach were released on Thursday, giving only a few days of training before the start of the Open; during her confinement, she was denied use of an exercise bike, with authorities trotting out health and safety excuses.

“It was a real nightmare. They treated me like a criminal. I missed a little more empathy,” Badosa said of the quarantine period.

“I know I had a virus that is very dangerous, but I was locked in a room where I followed all the rules.

“I had two policemen at my door and they forbade me to open it. I had no windows – communication was lacking.”