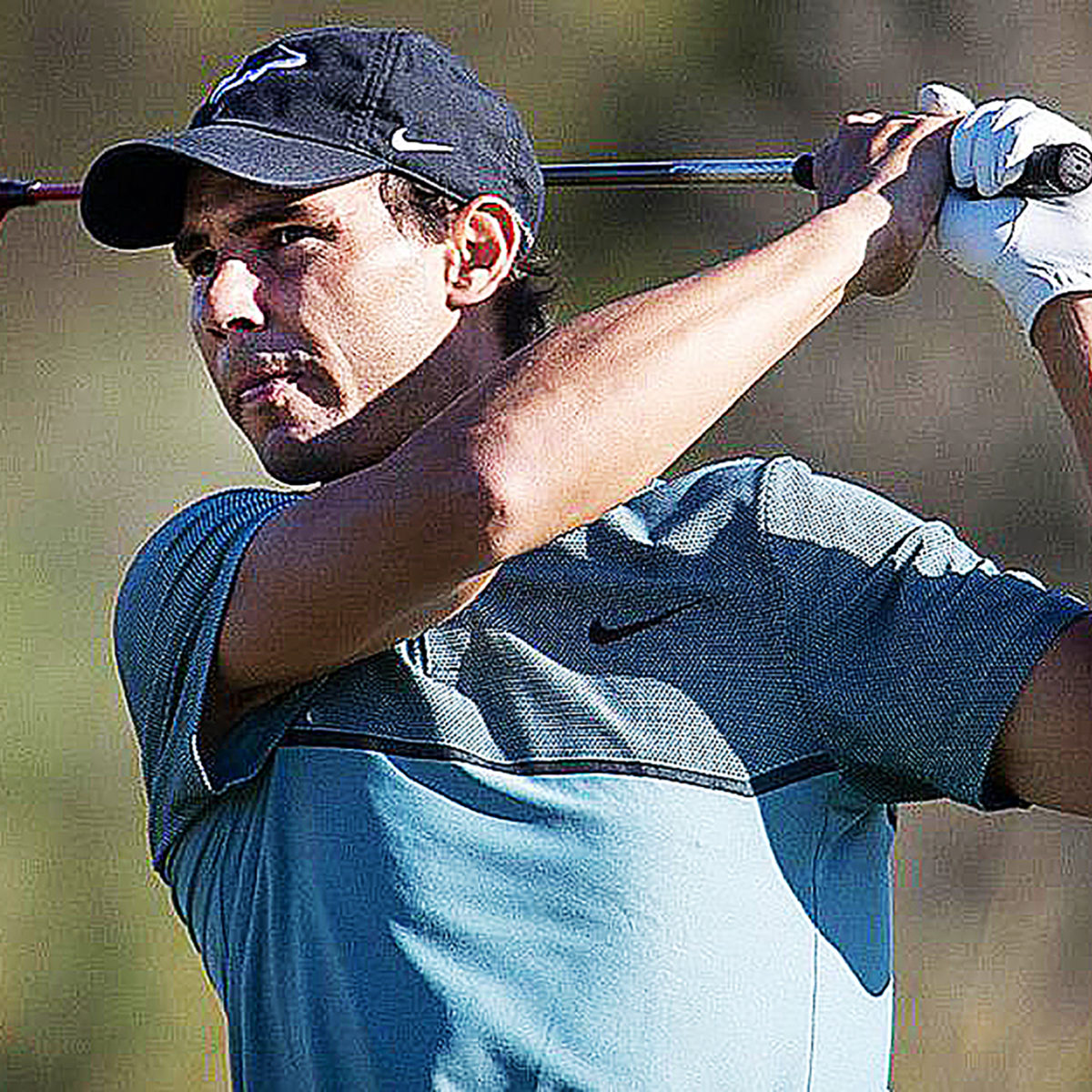 Rafael Nadal swung his golf clubs almost as well as his racquet, earning a sixth-place finish in a professional tournament on his home island of Mallorca on Monday.

But the ATP No. 2 will get back immediately onto the courts to prepare for a trip to Paris to play in next week’s last event of the regular Tour season, the Bercy Masters 1000.

Nadal showed his skills on the links as he competed in a field of 60 golfers.

He began the three-day event with a 10th-place finish on opening day and completed the weekend on seventh; he gained one additional spot in Monday’s final round.

It marked Nadal’s second pro event in recent weeks after finishing second the previous weekend at nearby Calvia.

Main photo:- Rafa Nadal swings his driver instead of his Babolat Aeropro Drive