Nadal fights back for semi spot

Rafael Nadal needed a fightback to pass a two-day test as he held off Argentine pocket-rocket Diego Schwartzman 4-6, 6-3, 6-2, 6-2 to advance into another semi-final at Roland Garros after trailing a set and a break.

The Spanish king of clay displayed his usual lethal form on his favoured surface, with an 11th trophy on the Paris clay looking more and more likely. It still took him four match points to close the deal, with 11th seed Schwartzman forcing his opponent to save two break points as Nadal served for the match.

[quote]”It was a very tough match, he’s a good friend, great player and hard worker,” Nadal said. “After the match was stopped (Wednesday) for rain, I came out today and played much better.[/quote]

“I was more aggressive, it was a good match for me. I’m very happy to return to the semi-finals, this is incredible for me,” he said after advancing in three and three-quarter hours. Nadal has now beaten Schwartzman three times this season and stands 6-0 in the series.

With the 32-year-old master dropping his first set at the French Open since the 2015 fourth round against Jack Sock, proof emerged that the Nadal juggernaut could be at least slowed by the enthusiastic and combatative South American, who stands a mere 1.7 metres and who has never been past the third round here until this edition. 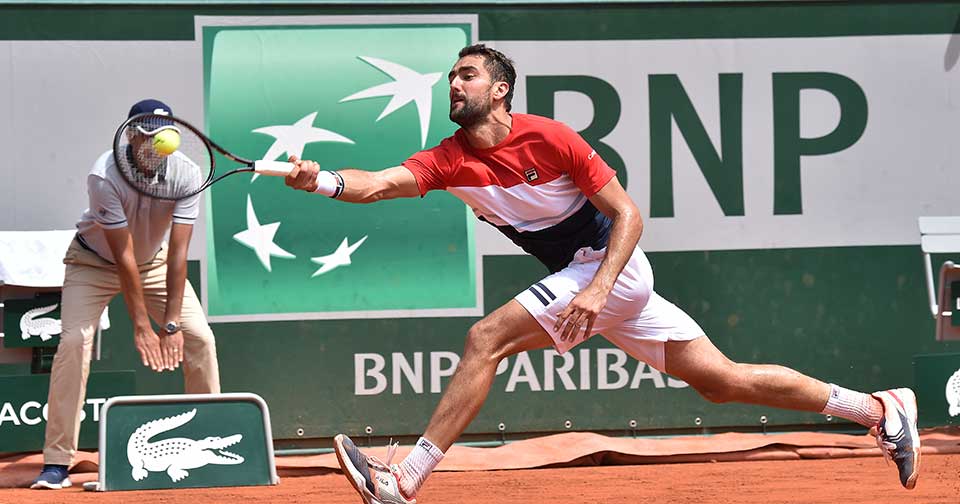 The match was played in two halves, with the first-day rain forcing a postponement as the pair stood 4-6, 5-3 after Nadal’s opening shock, administered by an opponent who matched the bigger man shot-for-shot and grunt-for-grunt as neither man ceded anything in the opening chapter.

But as the sun shone when the pair returned on Thursday, it was a revitalised Nadal who came to the court determined not to let his latest title dream slip away.

The top seed got straight to work as he levelled the contest at a set each and then steamrolled through the third with two quick breaks of Schwartzman, The fourth set quickly became a formality as Nadal took his usual stranglehold on proceedings.

But the feisty Schwartzman – a 25-year-old battler with just a pair of career titles – didn’t mind trying to change the script; he held for 2-5 and made a late impression in the concluding game before Nadal pulled out his top form to run out the winner and complete his afternoon duties.

The Spaniard is the third man in the post-1968 Open era to reach 11 semi-finals at a single Grand Slam event after Jimmy Connors and Roger Federer. Schwartzman had proven his steel by rallying from two sets to love down against sixth seed Kevin Anderson in the fourth round.

“The stop yesterday helps, because it was in a tough moment of the match,” nadal said. “He was playing great, and I was playing too defensive.

[quote]”I felt I was playing under more stress than usual, and he was able to take control of the point too many times.[/quote]

“He’s a tough opponent, and he’s gonna always be a tough match. But at the same time, I think after the first rain delay I played more aggressive with high intensity and the things were more on my side.”

Nadal will contest the semi final against Juan Martin del Potro as the Argentine continued his career-long injury comeback saga with a win which almost brought him to tears as he beat 2014 US Open winner and current Australian Open finalist Marin Cilic 7-6(5), 5-7, 6-3, 7-5. 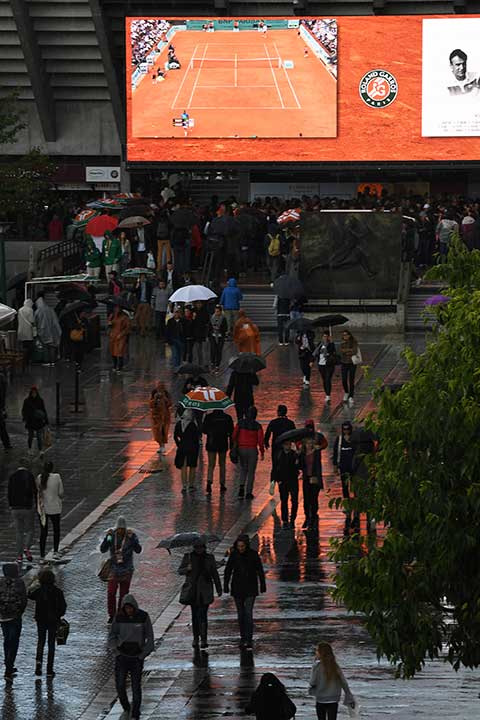 Del Potro had to hold his emotions in check after the victory in just under three hours – another quarter-final interrupted the day before by rain.

The Argentine last reached the semis here in 2009, little more than two months before he stunned Roger Federer in the US Open final.

“It’s tough to speak…” he told the Lenglen stadium crowd. “I’ve been a long time without a good feeling in my body, I had three left wrist surgeries (form 2010).

“I was close to quitting the sport, I don’t have any words to describe this moment, it’s so special for me, my team and my friends. I’m so proud to be here and playing my tennis again.

The 29-year-old ranked sixth improved to 11-2 over Cilic. Del Potro has played Nadal close, winning two of their last three matches dating to 2013. But the Argentine is taking nothing for granted.

[quote]”This semi-final is the challenge that every player wants to have. I don’t know if I will win,  but the big love from the crowd is more important to me.”[/quote]

Cilic has not  defeated Del Potro since 2011, and has never beaten the South American on clay. The recently married Croatian had reached the final of two of the last three Grand Slams.