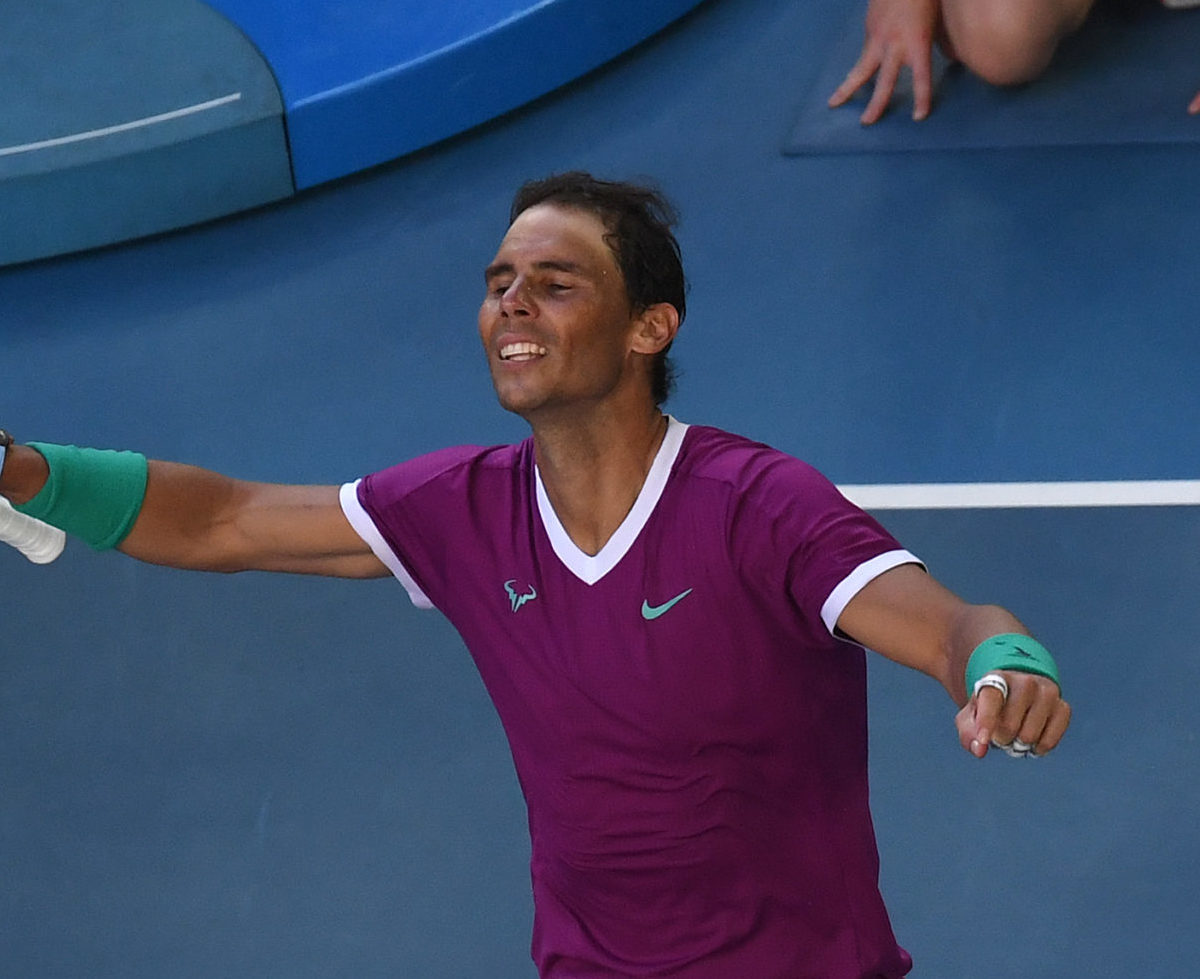 Playing in his 14th Melbourne quarter-final, Nadal was pushed all the way by a determined Shapovalov 6-3, 6-4, 4-6, 3-6, 6-3 in a marathon match that lasted four hours and seven minutes.

“I was completely destroyed after that,” Nadal said.

“For me it’s amazing, honestly, to be in the semi-finals.”

Nadal looked on course for routine win at two sets up, before Shapovalov started his comeback, winning the next two sets to take the match to a deciding fifth.

Shapovalov then hit out at umpire Carlos Bernardes for not regulating Rafael Nadal’s time between points at the start of the second set.

A year ago Nadal was in a similar position when he surrendered a two set lead to Stefanos Tsitsipas, but this time he held his nerve, and from somewhere summoned enough energy to beat his young opponent.

In the final set, Nadal broke in the second game, then saved three break points across four deuces before wrestling control of the match.

“I was lucky that I was serving great in the fifth,” he said afterwards.

“He (Shapo) was serving huge, and especially the second serve,”

The 35-year-old will take on either seventh seed Matteo Berrettini or Frenchman Gael Monfils in the semi-finals.