Nadal closes in on another crown 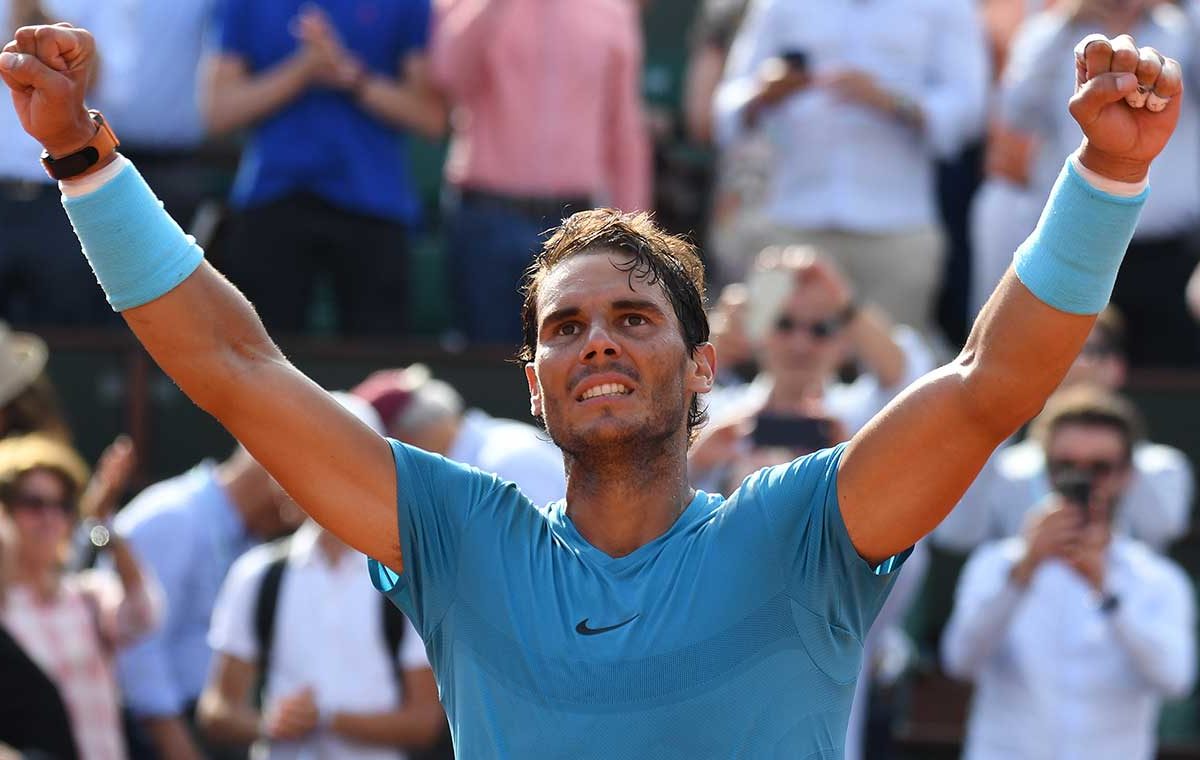 The Spanish world No. 1’s achievement at Roland Garros equalled the mark of rival Roger Federer, who has played in 11 Wimbledon finals. Nadal stand 24-3 in Slam semis, having lost for the last time at this level to Argentine Del Potro nine years ago. 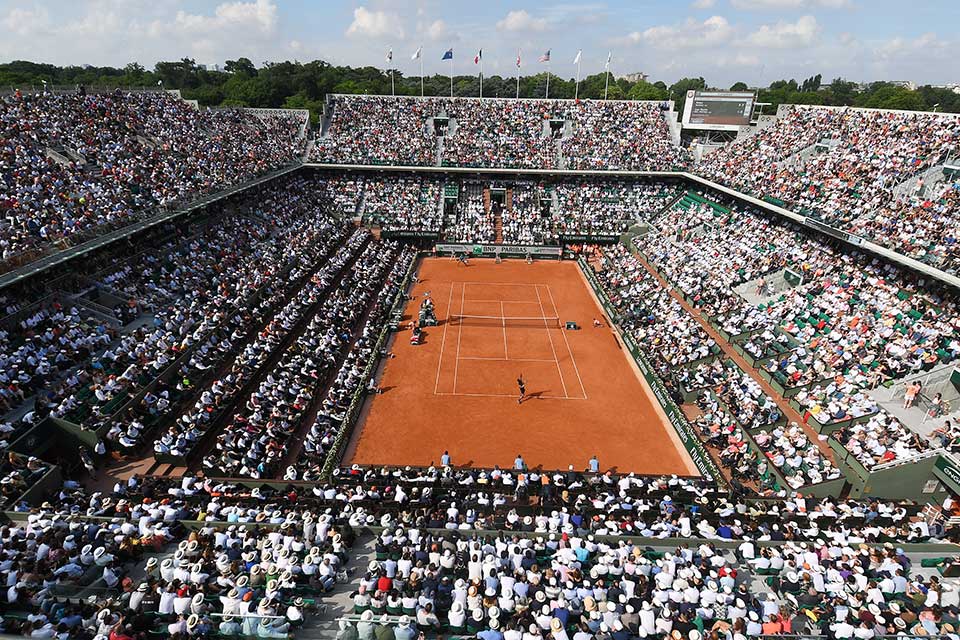 Nadal will on Sunday play for more history when he faces Austrian Dominic Thiem, a winner over surprise Italian challenger Marco Cecchinato 7-6, 7-6(10), 6-1. Thiem is the only player to have stopped Nadal on clay in the recent seasons, scoring upsets the dirt in Argentina (2016), Rome (2017) and last month in the Madrid quarter-finals.

Top seed Nadal has defeated 2009 US Open champion Del Potro in 10 of 15 matches, winning all three times the pair have played on clay; the Argentine had claimed two of his last three matches against Nadal – all played, however, on hardcourt.

[quote]“It was a tough match, Juan Martin had a lot of chances and I felt a bit lucky to win the first set,” Nadal said.[/quote]

“It was a well-played match, I’m very satisfied.”

Nadal saved multiple break points in the third and ninth games of the opening set before establishing the early lead on his second set point after just under one hour of play. 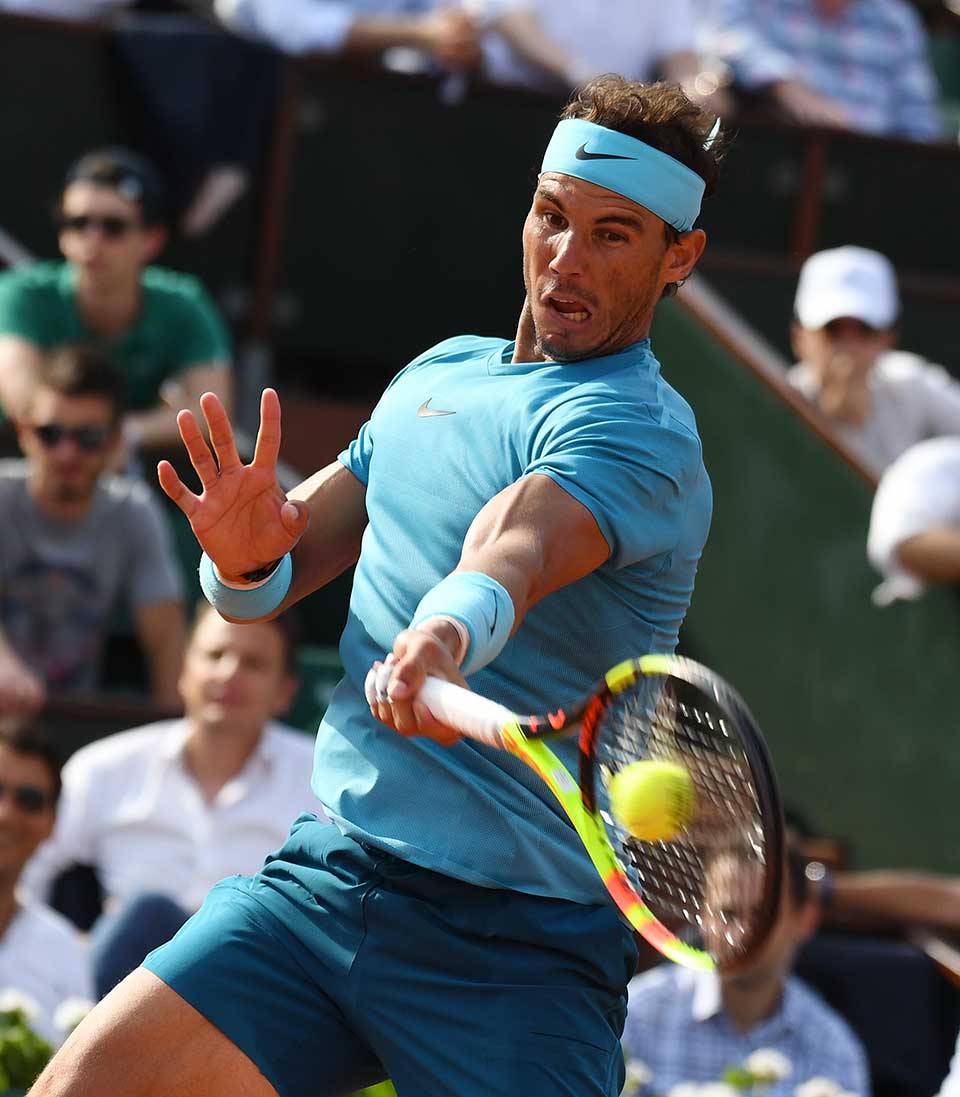 The Spaniard found another gear and unleashed in the next set, pile-driving Del Potro into submission as he won seven games in a row for a 5-0 lead in the second set. The 29-year-old South American saved a pair of set points in the ensuing game off of Nadal errors to hold, 1-5.

But Nadal was relentless as he won the set a few minutes later as Del Potro sent a forehand over the baseline after missing all seven of his break chances in the first two sets.

The third set went swiftly for an inspired Nadal, who broke to start and drove a stake into the match as he thrashed the Argentine serve for a fifth time to lead 4-1 before closing it out three games later after two and a quarter hours. 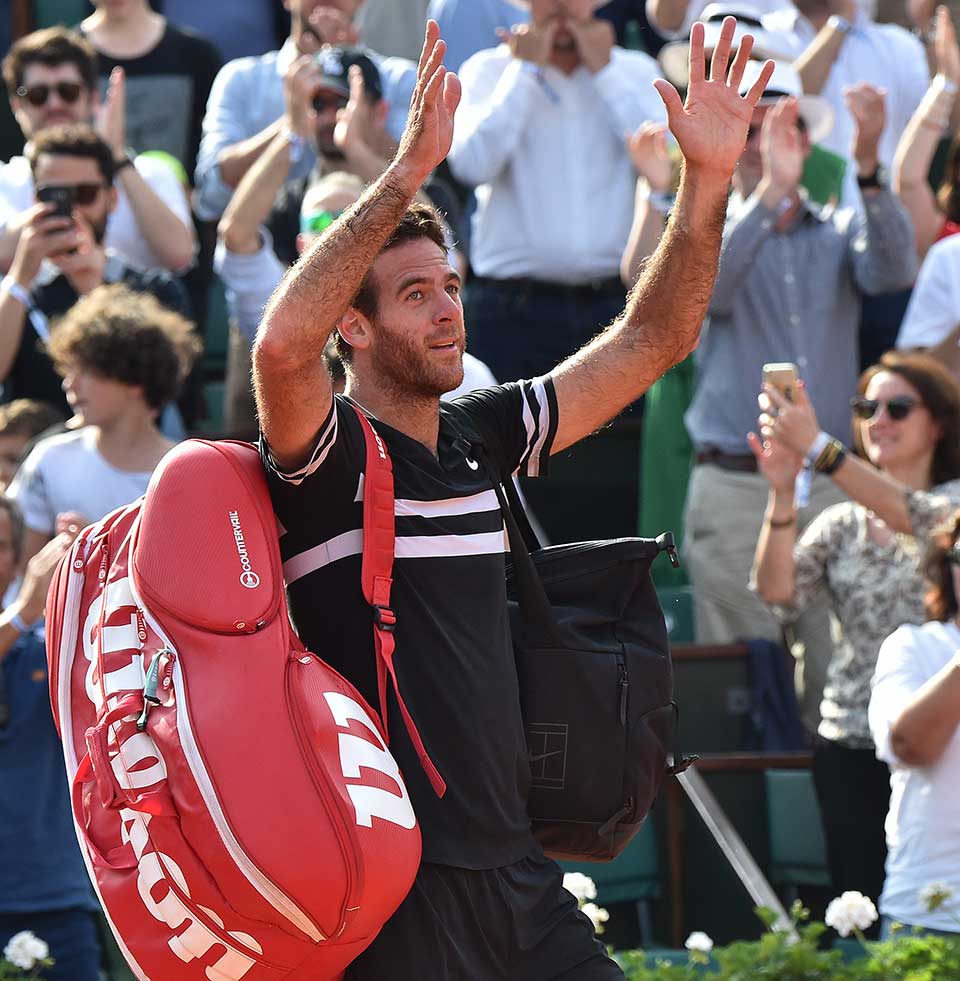 “It’s incredible to be in another final here,” Nadal, who claimed his first Paris title in 2005, said. “This is the most important tournament of my career, it’s a great emotion to play here.

“As you work hard and go through tough moments, you have to focus on your passion and love for the game.

[quote]“I feel lucky to be in the final again, I never dreamed of playing 11 of them. I’;m enjoying the moment and I’ll try to be ready for Sunday.”[/quote]

“Thiem is an amazing player, he’s playing with  lot of power and playing with confidence. He’s had some great matches here and won a tournament before Roland Garros.

“I need to play my best tennis and even improve a little bit, If I do that I have my chances. I’ve done a lot very well during this clay season.

“I believe that I can be ready for the final, I’ll be fighting for every point.”