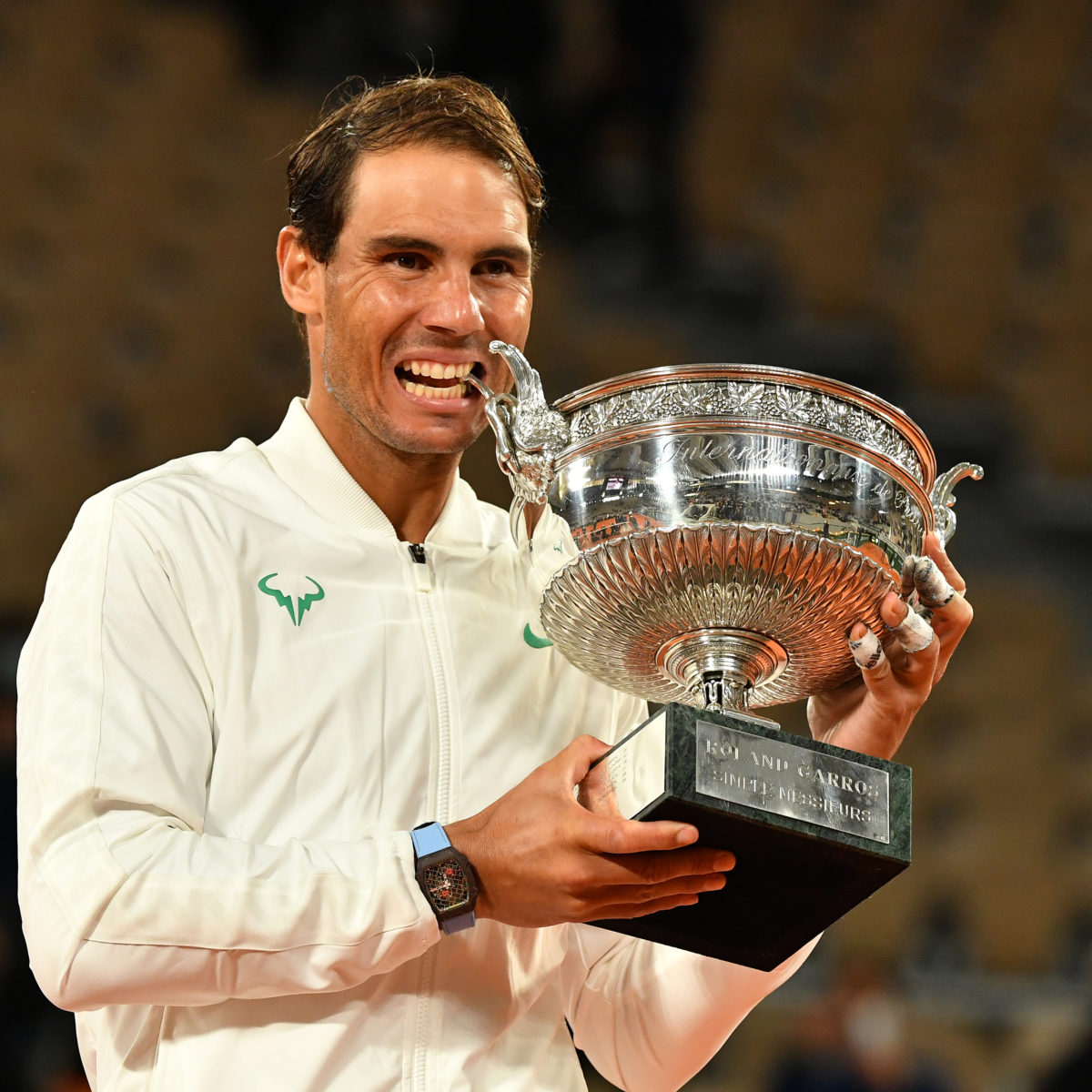 Rafael Nadal won a record 13th French Open title on Sunday but confessed that he has been fighting waves of doubt throughout this COVID-shortened tennis season.

After acknowledging social media congratulations from Roger Federer, with whom he now shares the all-time lead in Grand Slam singles titles on 20, the Spanird said he was unsure if he would ever complete his lucky No. 13 at Roland Garros.

The success came in less than three hours with a 6-0, 6-2, 7-6 thrashing of top seed Novak Djokovic as the pair played for a 56th time.

“Doubts are part of the life. For me they are good because it means you don’t consider yourself too good,” he said.

“Of course, the year has been a tough one for everyone. My reparation for this tournament has not been the perfect one, but I’ve have been practising on clay for a while because I didn’t play in America.”

That strategy decision cost the 34-year-old the chance to defend his US Open  title, with the event won by Dominic Thiem.

Nadal said that even heading into the final in an event where he has not dropped a set at this edition, nothing was certain from his side.

“I was under doubt before the match, yes. But it’s true that my level of confidence and tennis have been improving every single day during the whole tournament.

“My feeling in the semi-final was better, the feeling of practising today in the morning, then the warmup my confidence at hitting the ball was still going up.”

Nadal remains concerned by the COVID pandemic which has reached a second wave in his native Spain as well as in many other European countries.

“I want to send a message [to] everyone in the world. We are facing one of the worst moments, facing and fighting against this virus.

“Just keep going and stay positive and all the very best together. We will go through this & win [against] the virus soon,” he said.

Djokovic was full of praise for the achievement of his longtime rival, whom he leads 59-57 in their series.

“I was completely outplayed by Rafa, by a better player on the court. he was not missing at all and getting every ball back.

“I felt well throughout the entire tournament – I thought I was in great form.”

But after taking 55 minutes to win his first game, the Serb had a fresh perspective.

“He was the far better player on the court today and absolutely deserved to win.”

Nadal continued to voice concern for the virus which forced a five-month tennis shutdown and the cancellation of many tournaments – including Wimbledon.

“Of course I am super happy. On the other hand, I am not as happy as usual because the situation is tough for most of the people around the world.

“We didn’t enjoy – as always – a full crowd, an amazing atmosphere,” he said of the 1,000 spectators allowed in each day at the Grand Slam due to French COVID safety measures.

“The situation is still sad. We are lucky enough to be able to practice, to play our sport, to have a tour. We can’t thank enough the ATP and Roland Garros and the US Open and everybody who made big efforts to organise events under these very difficult circumstances.