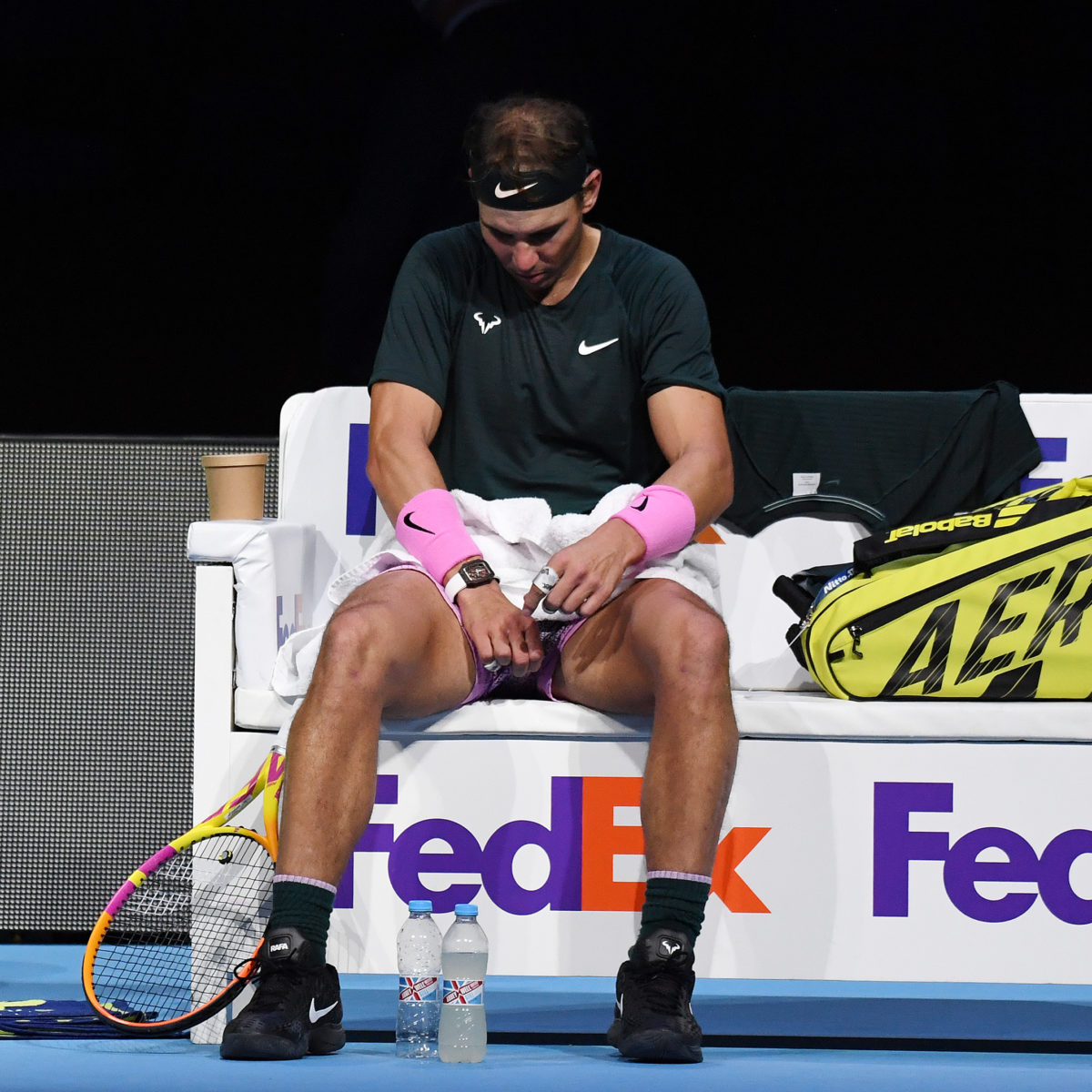 The worldwide influence of tennis counts for little as government bureaucrats debate the fate of January’s Australian Open in the times of COVID-19.

ATP No. 2 Rafael Nadal is under no illusions of just how little the sport counts in the grand scheme as pencil pushers and politicos make the go/no-go decision on the first Grand Slam of 2020;

“I don’t know what the situation is gonna be yet,” the Spaniard said after losing his semi-final loss to Daniil Medvedev at the ATP Finals in London at the weekend.

“We need to wait about what the government there in Victoria (state) says.

We can’t do much from ATP position –  just wait. We have no say (in) what they feel is better for (the) country.

Current talk around the traps leans towards a delay of the major which is due to start on January 18.

But with the island-continent shut down to all foreign incoming travel for what looks to be months to come, the logistics of arranging for an influx of several thousand players and their support teams remains a local political hot potato.

Some reports – a few knocked back by Victorian state polis – are that the event may want to move as far back as March or April.

That would wreak havoc on a crowded ATP calendar which has few gaps and no provisions for wholesale land grabs such as Tennis Australia might wish.

Players have been given no idea a timetable for the event, with the state premier vowing that no entry of competitors can take place before January 1.

Given an obligatory 14-day isolation inside a hotel room with no exit permitted for training, many players may start to be thinking: why bother?

Nadal is as confused as anyone else: “We just need to be patient and accept the situation that we are facing. That is difficult for everyone,” the 20-time Grand Slam champion said.

“We need to be flexible to understand the situation and to find a way to play as many tournaments as possible next year… to continue with the tour, to try to help the tournaments, to help the lower-ranked players to keep having a joband making a living from our sport.”

The Spaniard who skipped the US Open in September when he did not feel comfortable travelling from his Mallorcan island base called for everyone to be “flexible.”

“Hopefully with the vaccine, tihe (pandemic) ends soon and we can come back at least to close to normal in a couple of months – but now is a difficult situation.”