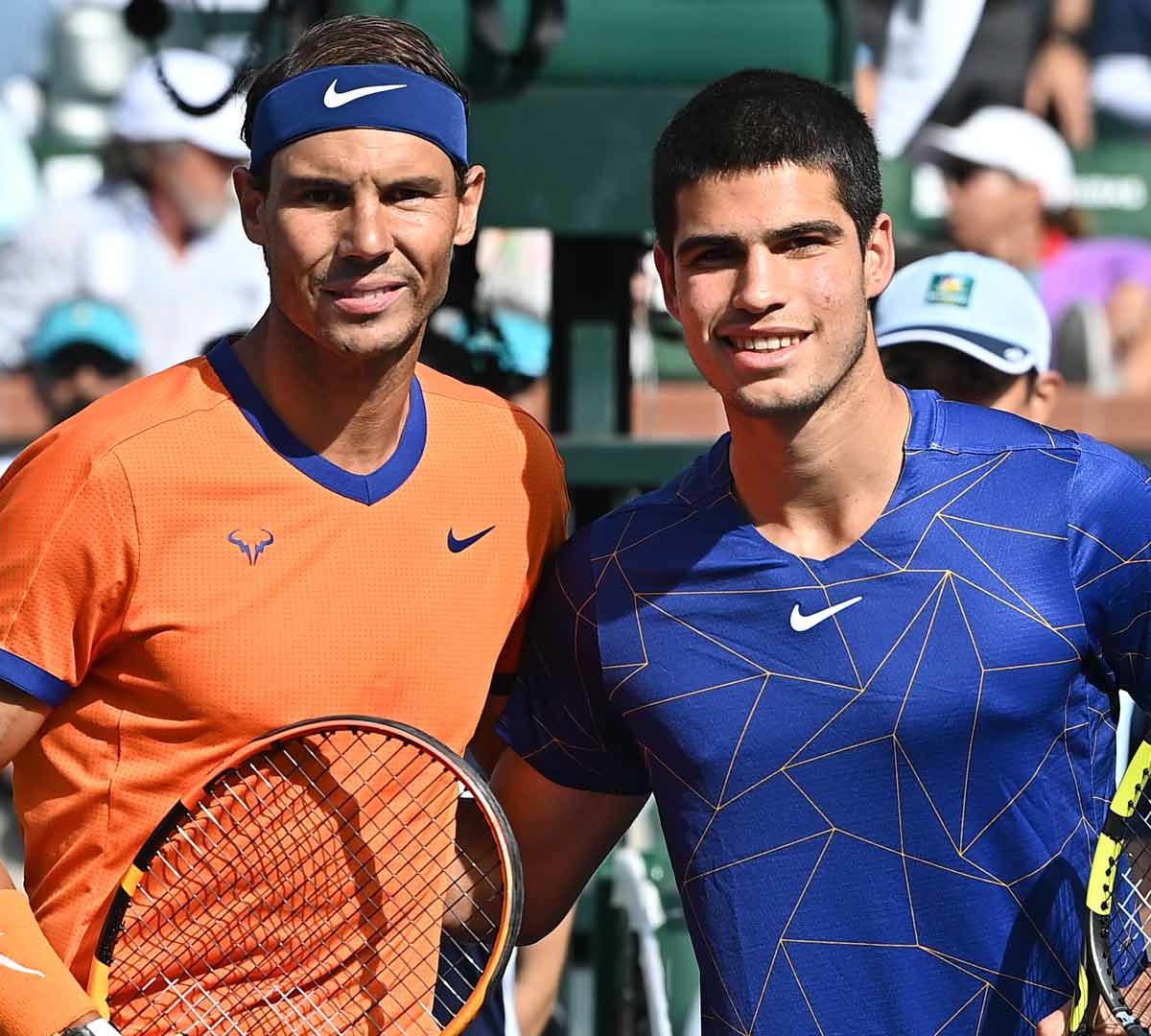 Rafael Nadal and ATP heir-apparent Carlos Alcaraz will meet in an all-Spanish exhibition next spring in Las Vegas, with the hit-and-giggle sandwiched in between American tournaments.

The pair will both be making their debuts in Sin City on March 5 a few days before the start of the Indian Wells Masters.

Nadal, 36, has been keeping busy with off-season freelancing , having just completed a lucrative tour of South America with Casper Ruud as his opponent.

“I’m very excited for my first visit to Las Vegas, one of the most iconic and entertaining cities in the world,” he said in a statement.

“I’ll be playing with my fellow countryman Carlos Alcaraz who’s had an amazing year. It should be a great night of tennis at the MGM Grand Garden Arena.”

Added 19-year-old world No. 1 Alcaraz:  “I’m honoured and so happy to be sharing the court with Rafa in Las Vegas.

“He’s an all-time great, of course, and his records and achievements speak for themselves. Rafa also is one of the nicest guys on Tour and I look forward to our match on March 5.”