Mystical” Djokovic not immune from laws of nature: Caujolle 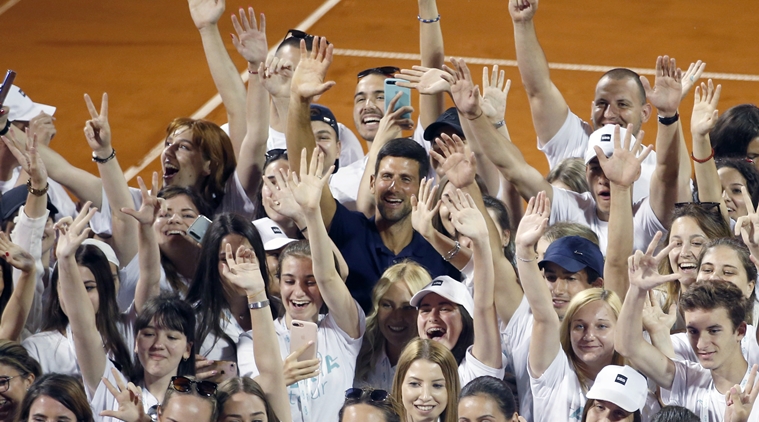 The ATP Marseille tournament director has lashed out at “mystical” Novak Djokovic, with Jean-Francois Caujolle hoping to pull back the curtain on the

With the anti-vaxxer world No. 1 Serb now sidelined for 14 days as he and his wife sit in COVID-19 isolation, Caujolle has lit into Djokovic for ignoring the powerful virus which has knocked tennis for six this all-but-aborted season.

Djokovic’s ill-fated, social distancing-free Adria Tour through the Balkans – now abruptly cancelled after positive tests for participants Grigor Dimitrov, Borna Coric and Viktor Troicki and Djokovic himself among others – is being labelled the flashpoint for the first significant tennis virus outbreak.

“One has the impression that Djokovic thought himself above certain laws of nature. He has a Slavic side that is both mystical and ‘I am unsinkable’,” the Frenchman said.

“Personally, you may think that there is no need to get vaccinated or that by taking plants, you can treat yourself.

“But when you put other people into play and you have a responsibility for what you represent, there are positions and actions not to be committed.”

Djokovic has long been the odd man out from the tennis norm, with his travelling coaching team once including a “love guru.”

He also stirred things up during this season’s lockdown by apparently endorsing a pseudoscience claim made by a California realtor-turned-health entrepreneur that positive thoughts can turn polluted water pure enough to drink.

Caujolle called that side of the Djokovic character “dangerous” and “harmful.”

“He has a messianic side which makes him feel above that,” he said of the 33-year-old. “Then he realizes that the return of the boomerang is rapid.

“During the confinement period, I followed some of his direct shows on Instagram; it is sure that there was something strange going on in it.

“A year and a half, two years ago, he asked ATP that there be cryogenic buses in each tournament so that players can get cold! It has a mystical side which can be dangerous.

“For me, he is bordering on the guru. He imposes on others a form of mental pressure. He is someone who can be harmful,” Caujolle added.

The TD called the 17-time Grand Slam winner “not a tennis icon.”

“His exterior is smooth but the interior is a little tormented and violent. Today, he is not the tennis icon.

“If (Roger) Federer or (Rafael) Nadal had done that, it would have had even more impact. But Federer or Nadal would not have done it.”

Caujolle joined the chorus in tennis saying Djokovic should go from his position as head of the ATP Player Council.

Main photo:- “Mystical” Novak Djokovic poses with his army of followers in Belgrade