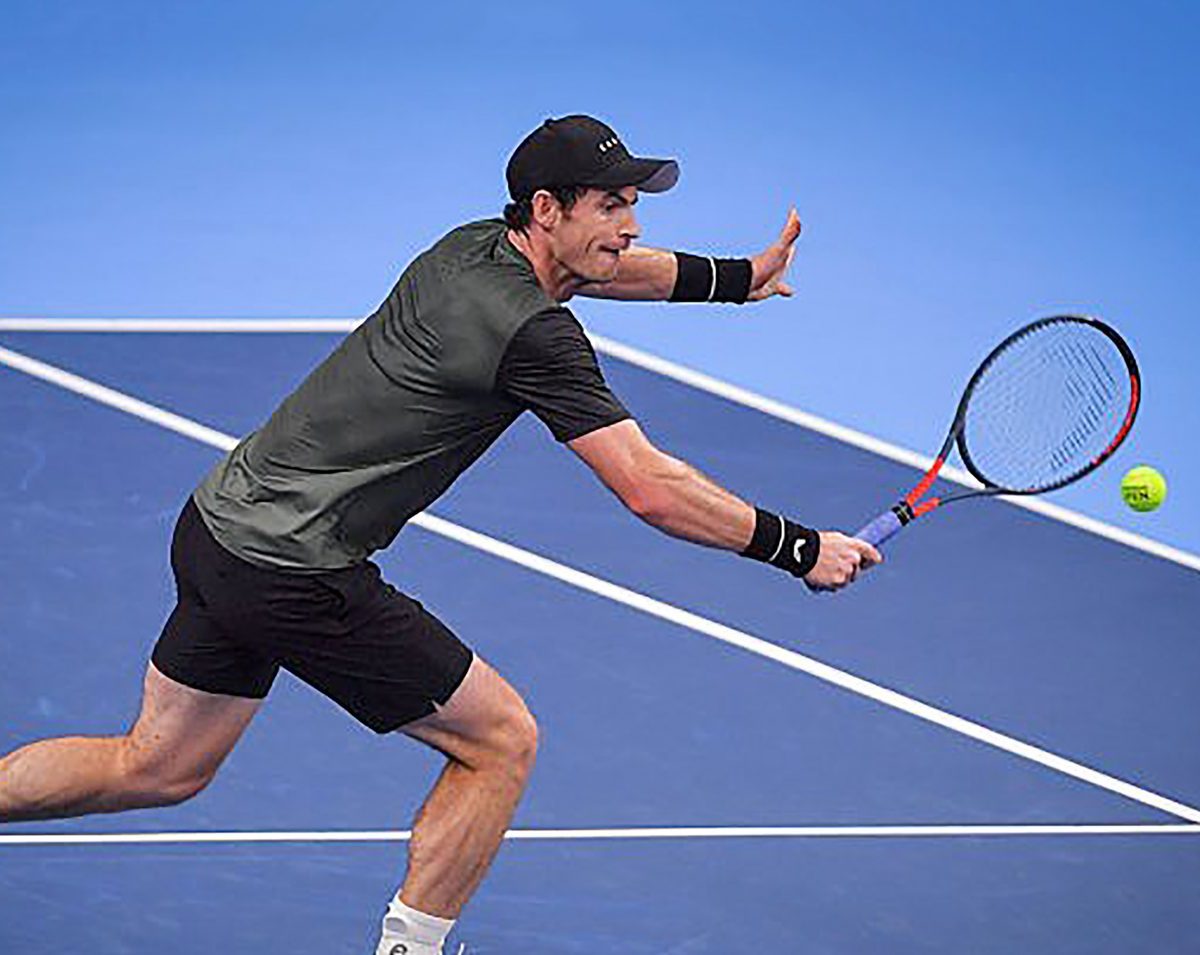 Andy Murray’s miracle comeback from hip surgery lifted to a new level on Saturday the former No. 1 reached his first final on two and a half years on court in Antwerp.

The Scot beat France’s Ugo Humbert in a 3-6, 7-5, 6-2 comeback and will play for the title against Stan Wawrinka, a fellow treble Grand Slam champion.

Murray’s last final came in February, 2017, when he beat Fernando Verdasco in Dubai.

Wawrinka ended the run of teenaged Italian Jannik Sinner 6-3, 6-2 in their semi-final.

Wawrinka, an injury fightback player like Murray who recovered from double knee surgeries in summer, 2017 scored his 30th victory of the season.

Murray has broken through this week in Belgium as the 32-year-old prepares for the birth of a third child as well as a fresh start in tennis next season as his physical problems come under control.

“It’s great, it’s been a long road to get back to this,” the Scot said. “This is a big surprise, I’m very happy.

“We had a packed stadium today and I’m hoping for the same tomorrow. I hope the final will be a great match, I”m looking forward to it.”

Murray won his last match against Wawrinka at Eastbourne in 2018 as he tried to make a return to the sport after his first hip operation.

The # 243-ranked Scot stands 11-8 against the Swiss, but said that his five-set loss to Wawrinka in a 2017 Roland Garros semi-final marked the start of his serious hip problems.

“We’ve played some big matches in the past,” Murray said, “Stan’s had injury problems also.

Wawrinka, 34, faced a challenge against the 18-year-old Sinner, but won his 30th ATP match of the season in 65 minutes.

Wawrinka’s last final came in February at Antwerp when he lost to Gael Monfils.

“I am super happy, I haven’t played since the US Open, so to be in a final here after a month (away) is great for me,” Wawrinka said.

After finally winning a match in straight sets here, Wawrinka called his effort “the best match of the week.

“I was feeling really good,  confident with my game. I am happy to be in the final.”

Sinner was the youngest ATP semi-finalist since Borna Coria in 2014.

“I felt confident today. I started well in the beginning and then after I was not serving so well,” the Italian said.

“He played better today and I wish him luck for the final.”