Murray out of US Open

Andy Murray momentarily hit rock bottom after losing the first set 7-5 against Fernando Verdasco, telling coach Jamie Delgado “I have absolutely no idea what my game plan is today”, as he walked out to serve at the start of the second.

But the Scot who went under the knife for a hip operation in January showed some of his former world No. 1 form as he levelled by wining the second.

Verdaso ran away in the third, going up a double break before an exhausted Murray reeled him in to 4-5. 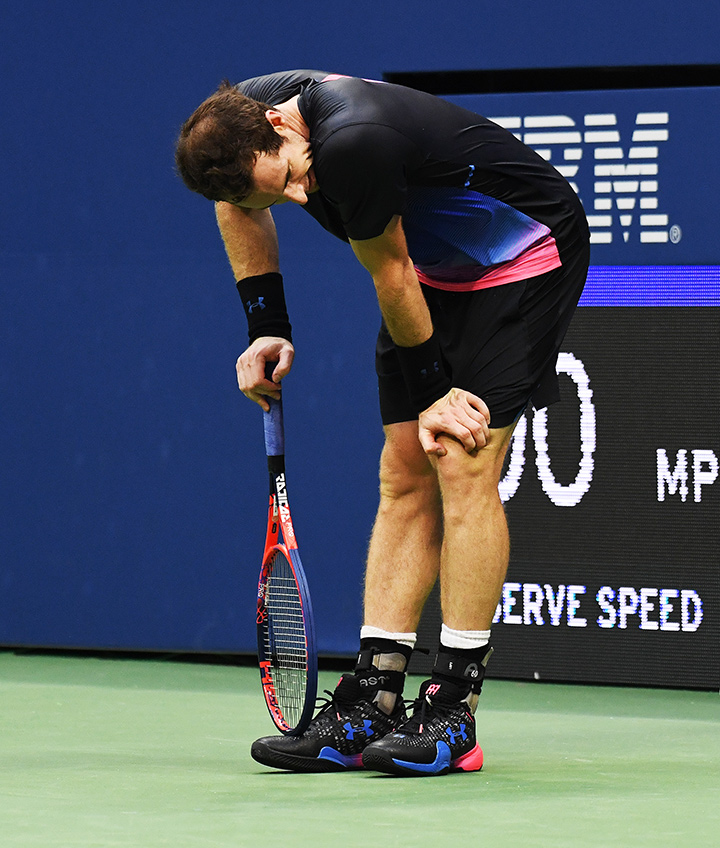 But the unseeded 2012 New York champion went down two sets to one, with Verdasco moving on to win his first match in the series since 2009 after eight losses to Murray. 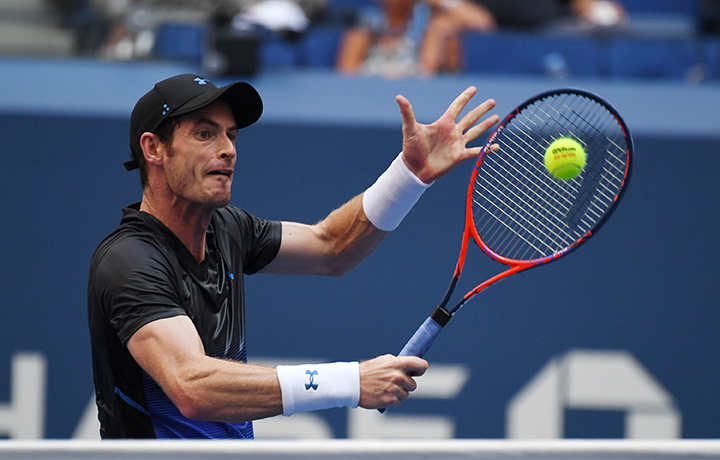 Simultaneously on another court, fellow Scot Cameron Norrie saved match points of his own before falling to Serb Dusan Lajovic 6-2, 2-6, 6-4, 6-4 in a contest which finished two minutes after Murray’s.

“After all of his surgery, he’s still an unbelievable player.”

”But it was a big motivation for me to come out here today and try to beat him again,”  Verdasco said.

The pair of losses ended British interest in men’s and women’s singles for this year. 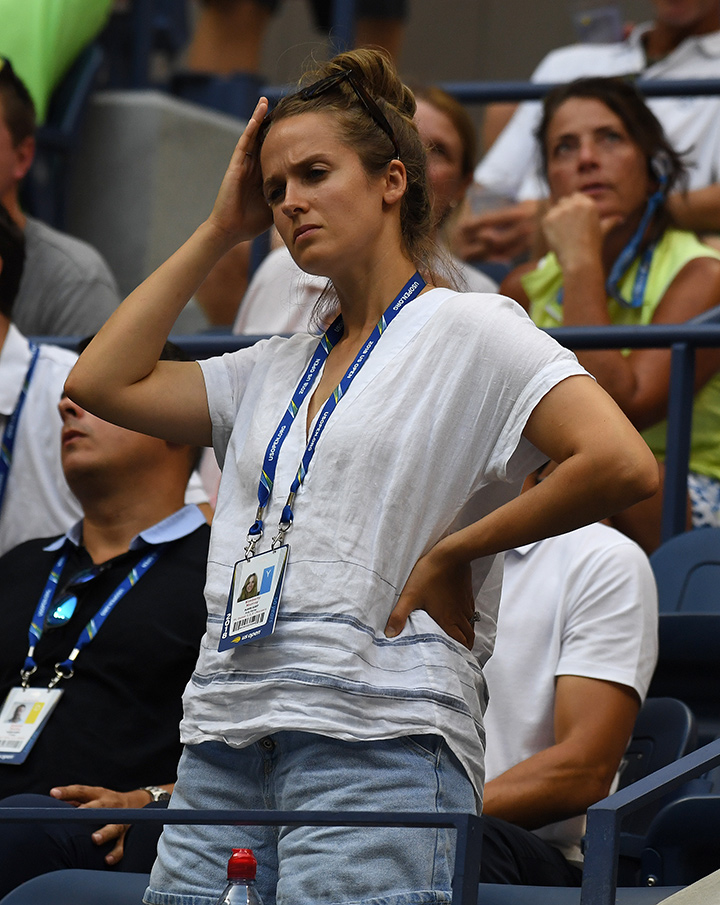 Third seed Juan Martin del Potro motored on, reaching the third round without the loss of a set as he defeated his second American opponent of the week. 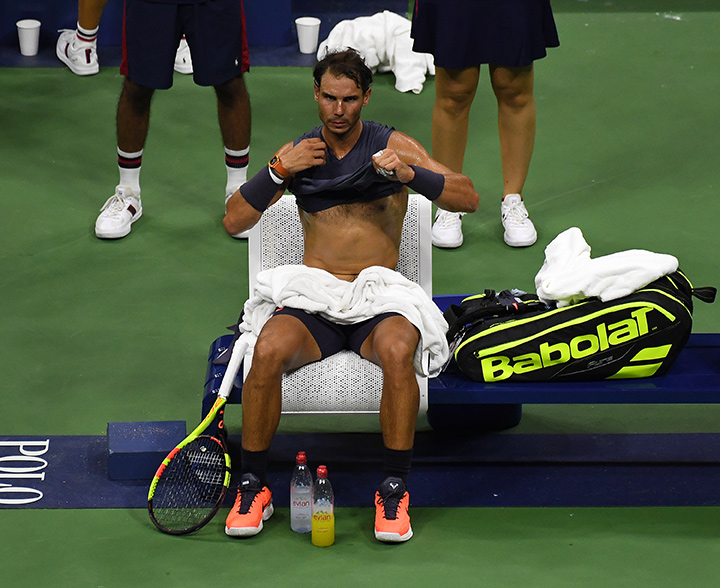 No. 1 Rafael Nadal was in superb form, serving with pace and purpose to defeat the Canadian Vasek Pospisil, 6-3, 6-4, 6-2. Nadal advances to the 3rd round, where he will meet Karen Kachanov of Russia, the 27th seed. 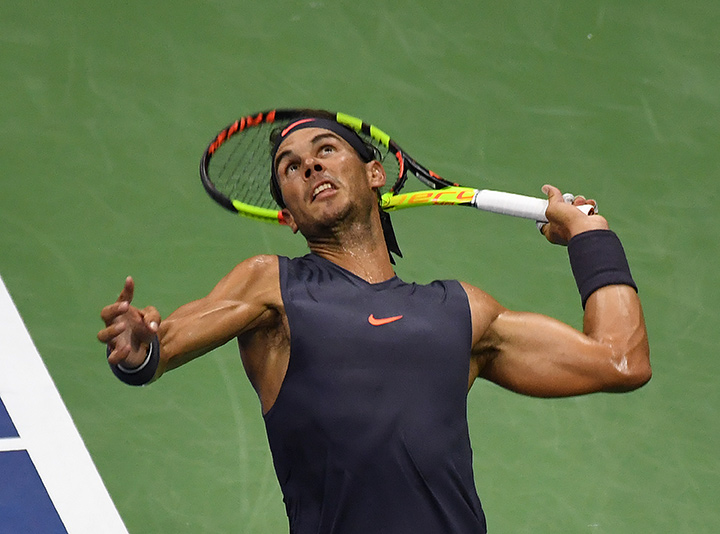 2016 champion Stan Wawrinka stepped up his recovery from two knee surgeries last August, advance into the US Open third round in another day of hothouse conditions and the heat advisory in effect. 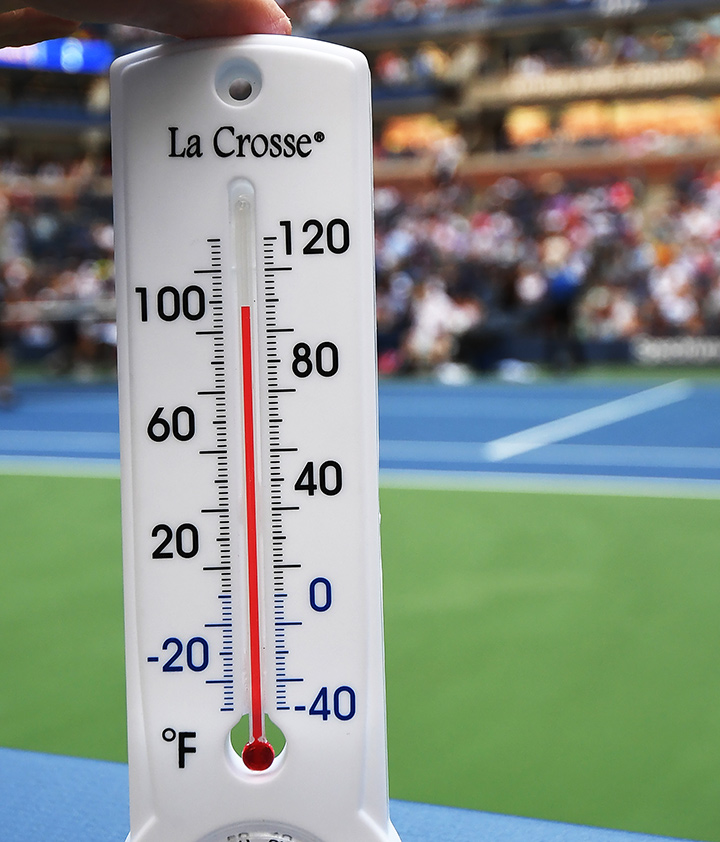 The challenger dropped the opening set on a double-fault, allowing the powerful Swiss to bulldoze ahead despite a late match wobble.

All of a sudden, his level took a dive, frustrating the 33-year-old, who executed one of his now-trademark quiet racquet snaps over his knee.

“I knew it was going to be a difficult match. He was a younger player, qualified,” Wawrinka said. “I’m really happy with the victory. It was really tough conditions.”

Wawrinka ended with a hefty 57 unforced errors and 43 winners. to reach the Open third round for a tenth time. 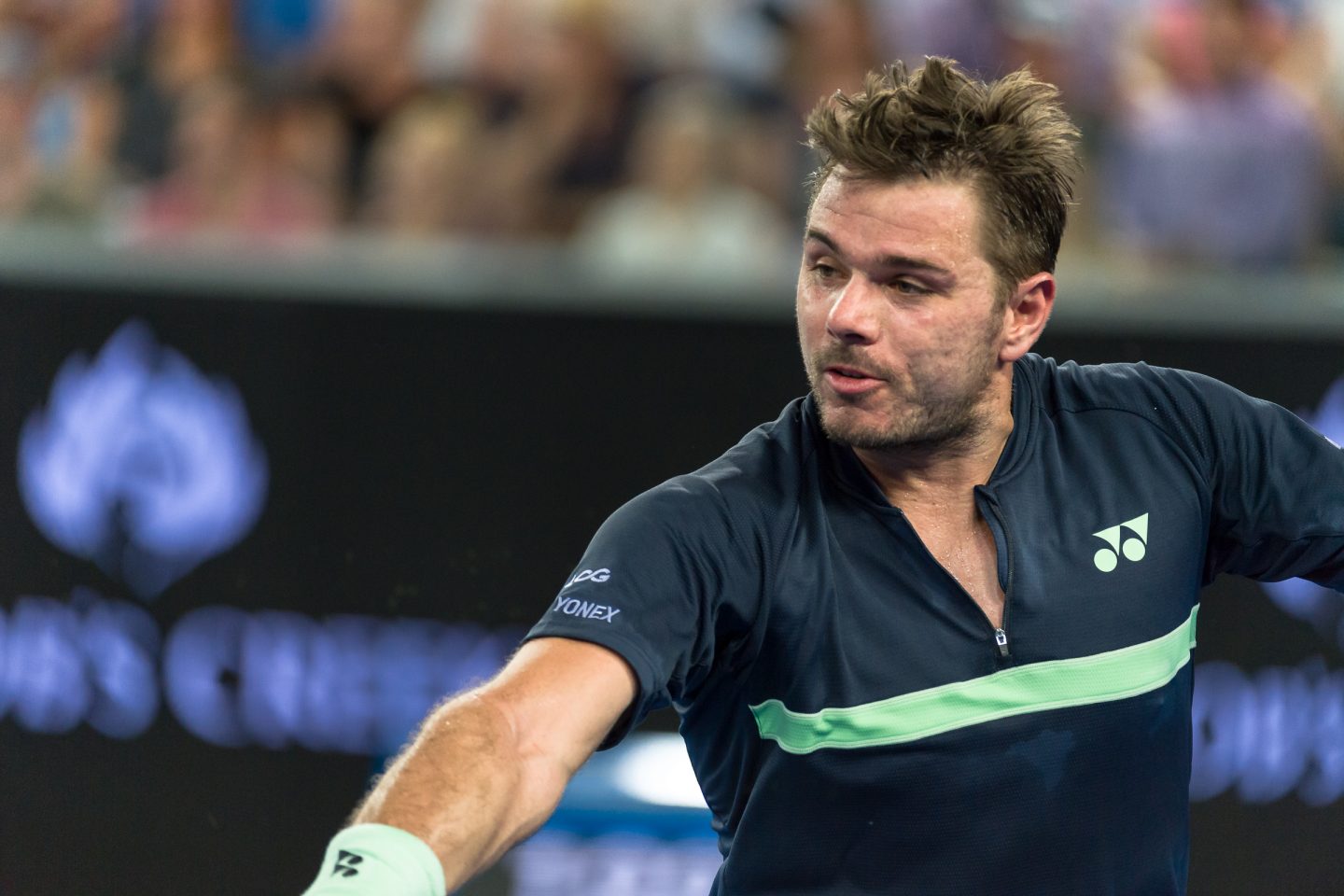 Wawrinka began his week by knocking out eighth seed and ATP year-end winner Grigor Dimitrov; he next plays Milos Raonic, a former Wimbledon finalist, in the next round after the Canadian defeated Frenchman Gilles Simon, 6-3, 6-4, 6-4.

Rising Greek Stefanos Tsitsipas, a Toronto finalist against Open top seed Rafael Nadal, was taken down in the second round by Russian Daniil Medvedev 6-4, 6-3, 4-6, 6-3.

The match lasted for two and three-quarter hours and resulted in defeat fo the talent who in Toronto this month became the youngest player to defeat four Top-10 opponents in succession since the ATP began 28 years ago. 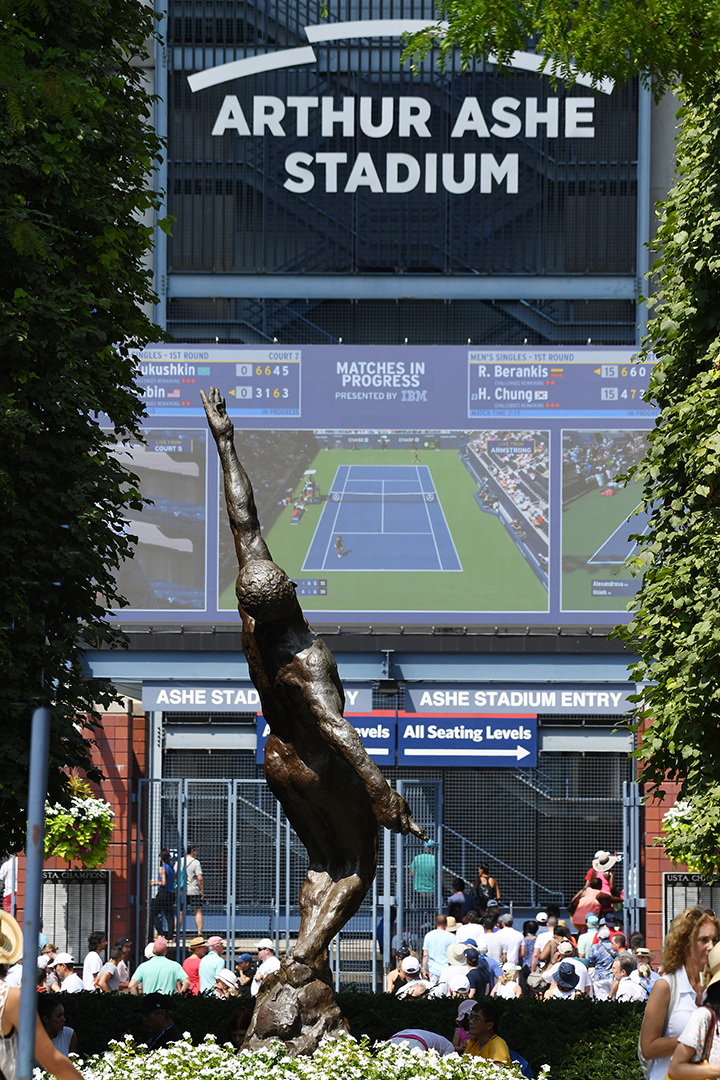 Mevedev notched his second win in the series after dispatching 15th seed Tsitsipas in Miami six months ago.

Tsisipas said he was out of puff in the hot and humid conditions. “You breathe this heat, the moisture  in the air. 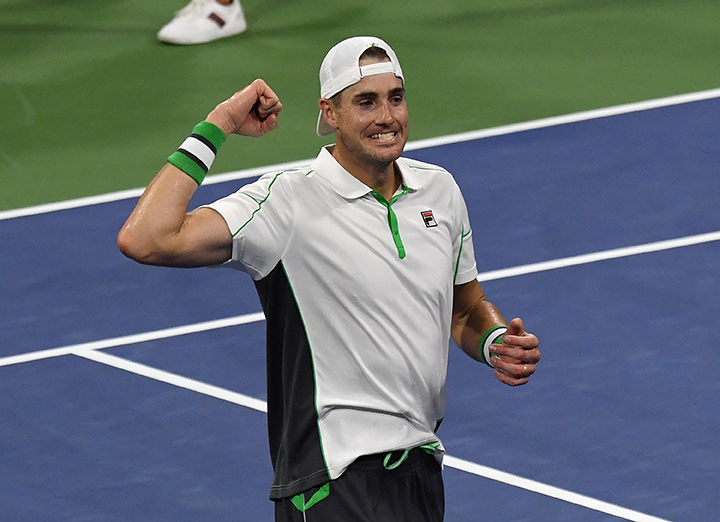 The two giants on court, 6-10 and 6-6, both tried to outdo the other with similar games.

Isner’s 139 mph serve, was followed by Jarry’s equally fast attack and with a Chilean contingent in support he pushed all the way.

Finally, in the fifth, Isner managed to break ahead at 4-4, using the momentum to win the final two games. 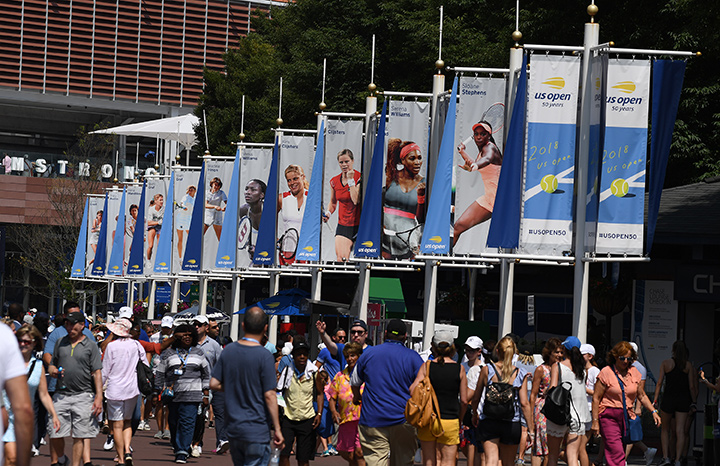 Medvedev came to the last major of the season on the back of the weekend Winston-Salem title. The Open match included a 10-minute pause for the heat which baked the area for another day.

Medvedev now faces Coric, standing 1-2 against the Croatian,  including a second-round loss in Cincinnati a fortnight ago.