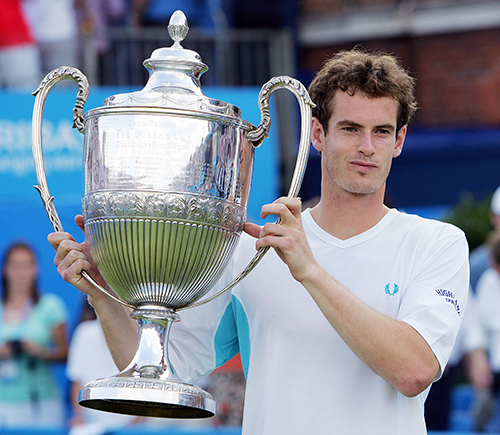 Andy Murray won his second match of the season on Tuesday with a 6-3, 6-2 comeback success over half-hearted Frenchman Benoit Paire in the first round at Queen’s club.

The former No. 1 last played on the ATP more than three months ago; victory in 66 minutes was his second of the season with the 34-year-old still struggling with fitness after two hip operations going back several seasons.

Murray briefly welled up post-match trying to explain what the win meant to him,

“I love playing tennis,” the three-time grand Slam winner told a crowd at the west London venue before pausing to collect himself.

“Competing is why you put in all the hard work,” he added after setting up a match with top seed and ATP No. 8 Matteo Berrettini, who earlier defeated fellow Italian Stefanos Travaglia 7-6(5), 7-6(4).

“I’ve not done as much as I’ve liked the past few years, it’s great to be out here competing again.”

Paire has said repeatedly he takes no joy from playing the Tour in COVID lockdown conditions and has all but vowed to lose in first rounds in order to escape player quarantine which is fairly standard around the circuit during tournaments.

The Frenchman played half-speed yet occasionally entertaining tennis as he put in little apparent effort, relying on drop shots and tweeners on his way to the casual defeat.

WIth Murray and British No 1 Dan Evans moving ahead today and victories on Monday from debutant Jack Draper and Cam Norrie winning on Monday, this edition marks the first time since 2005 that four British players have reached the second round at the pre-Wimbledon tune-up.

“The body is old, but I did quite well today on movement,” Murray said, “This was my first match on grass in three years.

“I only played three or four practice sets – I didn’t know how I would play or feel.

“For a first match this was good.”

Murray’s win was his third over the 46th-ranked Paire, who owns one win from five appearances here.