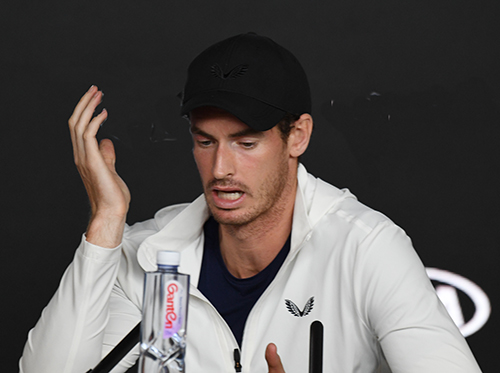 Britain’s former No. 1 Andy Murray expressed sympathy for locked-down Novak Djokovic but said the ongoing drama over the visa/vaccination status of the world No. 1 is doing no favours for tennis.

“I think everyone is shocked by it, to be honest,” Murray told local media before making his debut at age 34 at a Tour tournament in Sydney.

“I hope that Novak is OK. I know him well, and I’ve always had a good relationship with him and I hope that he’s OK.”

“It’s really not good for tennis at all, and I don’t think it’s good for anyone involved.”

The world No. 1 Djokovic has been locked up in a dodgy quarantine hotel in Melbourne since arriving in Melbourne early Thursday morning with what border bosses said was insufficient evidence of his COVID status.

The anti-vaxx player has long refused to reveal his jab status and was carrying paperwork which said he had tested positive for the virus on December 16 – six days after a Tennis Australia deadline for unvaccinated players to apply for health exemptions.

The messy bureaucratic matter is due for its day in court on an accelerated basis, with Tennis Australia, the Victoria state government and the feds all blaming each other for the massive stuff-up which has turned into an international diplomatic incident.