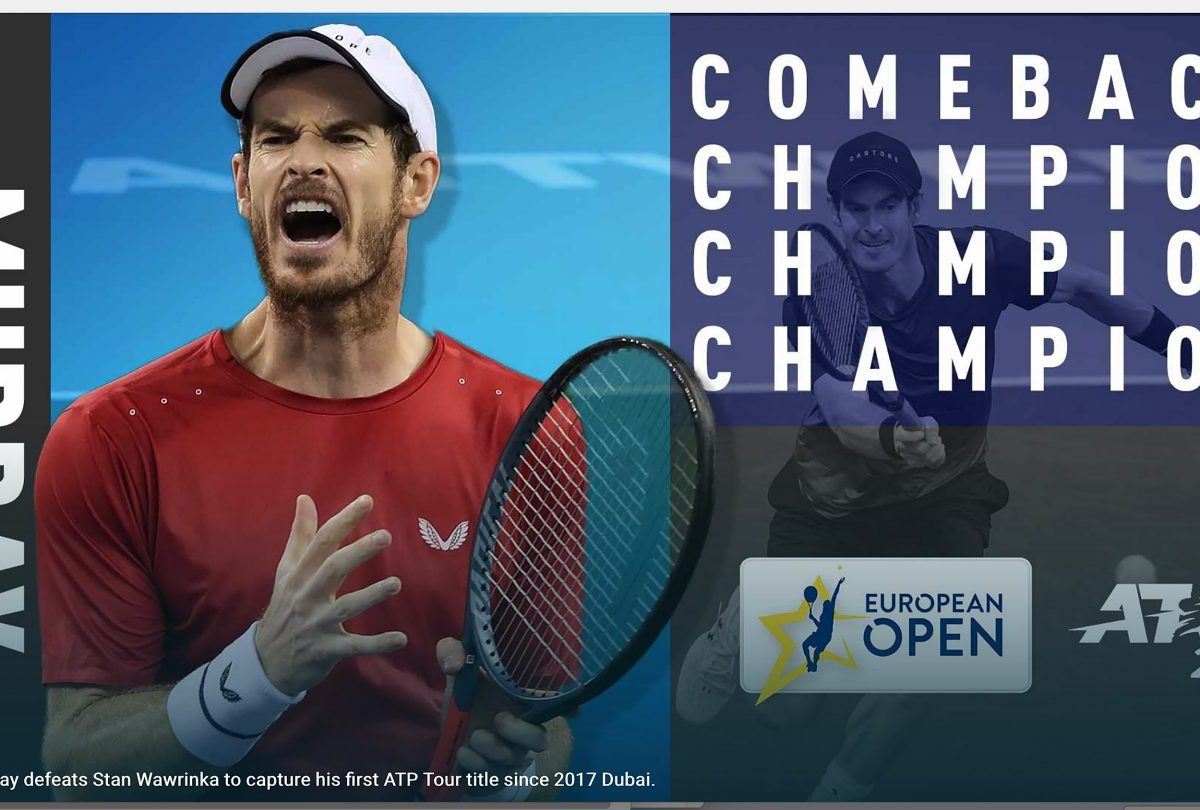 “This is one of the biggest wins that I’ve had – after everything,” an emotional Murray said.

The 32-year-old who had to sit through a farewell to tennis video 10 months ago as he lost in agony in the Australian Open first round came full circle in Belgium to claim his surprise trophy.

The former No. 1 and treble Grand Slam champion lifted his first ATP trophy since Dubai, 2017 – 32 months ago – as he fought back against his Swiss opponent in two and a half hours.

“This means a lot,” Murray said after shedding tears of joy in victory. “My comeback has been extremely difficult.

“There have been a lot of tough days and many injury problems over the past few years.

“It’s amazing to be back playing like this. it was a great match”

Murray’s win produced his 46th title from 68 finals and improved his record over Wawrinka to 12-8.

The Scot managed nine aces and converted of half of his 10 break point chances; Wawrinka broke on four of his dozen break opportunities.

After dropping the opening set on a break in the second game, Murray started to put up more of a fight, screaming at times in frustration – as is his habit – to his box.

The 32-year-old whose wife is expecting the couple’s third child any day now back home in London,went down an early break in the second set but clawed it back for 3-all.

Murray levelled the contest at a set each four games later when Wawrinka sent a backhand long on set point.

The third set was plagued by a run of four service breaks through the first six games.

Murray earned a match point on the Swiss serve and made the most of it to take victory from his opponent’s forehand error.

“Stan played unbelievable, amazing tennis,” Murray said. “He was hitting winners from all over the court.

“I didn’t expect to be in this (winning) position. It was a brilliant match, we’ve had so many tough ones in the past, I expected another tough one today.”