Muray needs wild card charity to make it to Melbourne 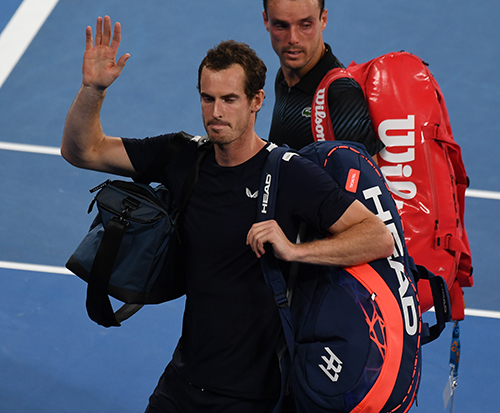 Andy Murray will need a wild card to gain a place in the Australian Open after the No. 122 failed to sign on for qualifying rounds to be held in Doha next month.

With the Grand Slam delayed by three weeks to February 8 due to COVID-19 restrictions, Britain’s five-time finalist at Melbourne Park is dependent upon charity from tournament organisers.

Murray last played the event in 2019, when he lost a five-set first-round match against Roberto Bautista Agut and tearfully said afterwards that his career might be done.

After two hip surgeries since 2018, the 33-year-old is still not back to form; and his ranking of 122 leaves him well out of range for the singles main draw.

Normally, the three-time Grand Slam winner might have been expected to sign up for qualifying, but that did not happen.

Open officials dished out six wild card entries this week to Australians; but five slots remain on the men’s side of the draw.

Murray did not impress at his last wild card appearance at September’s delayed Roland Garros, where he lost in the first round to Swiss Stan Wawrinka.

“I worry about Murray. I would love to hear him say why he is out there, giving us a false sense of hope that he’s going to come back one day,” the Swede said.

“He needs to stop thinking of himself and start thinking about who he was. Does he have a right to be out there taking wildcards from the young players?”