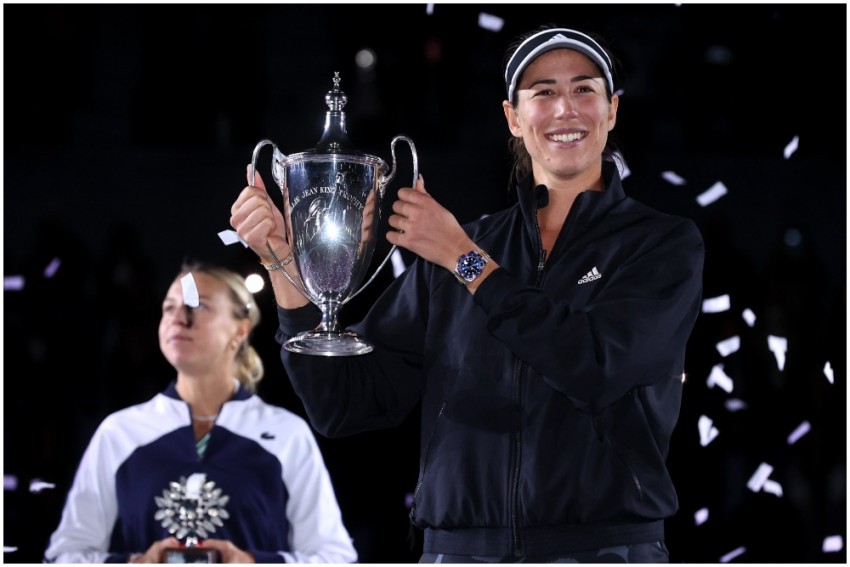 Garbiñe Muguruza took advantage of ‘home crowd’ support in Guadalajara to beat Anett Kontaveit 6-3, 7-5 to win WTA Finals title for the first time in her career on Wednesday night.

Muguruza fought back from a break down in the second set, to win the last four games of the match and take the crown in front of an excited crowd.

“I’m just very happy I proved to myself once again I can be the best, I can be the ‘maestra,’ like how we say in Spanish,” Muguruza said after her win. “That puts me in a very good position for next year, a good ranking.”

In a close match Muguruza eventually won through with greater second serve return with Kontaveit winning just 38 per cent of the Spaniard’s second-service points.

In contrast, Muguruza won nearly 60 per cent of points off of the Estonian’s second delivery.

A tight first set saw the pair exchange breaks before Kontaveit dropped a shot into the next to give the4 Spaniard an advantage and a 4-3 lead.

Muguruza then won the next two games to take the set.

Kontaveit then bounced back, taking an early lead in the second set and then powering to 5-3.

But Muguruza pulled it back level at 5-5 with a forehand winner down the line to break her opponent, and dominated from there, winning the final games to take the championship.