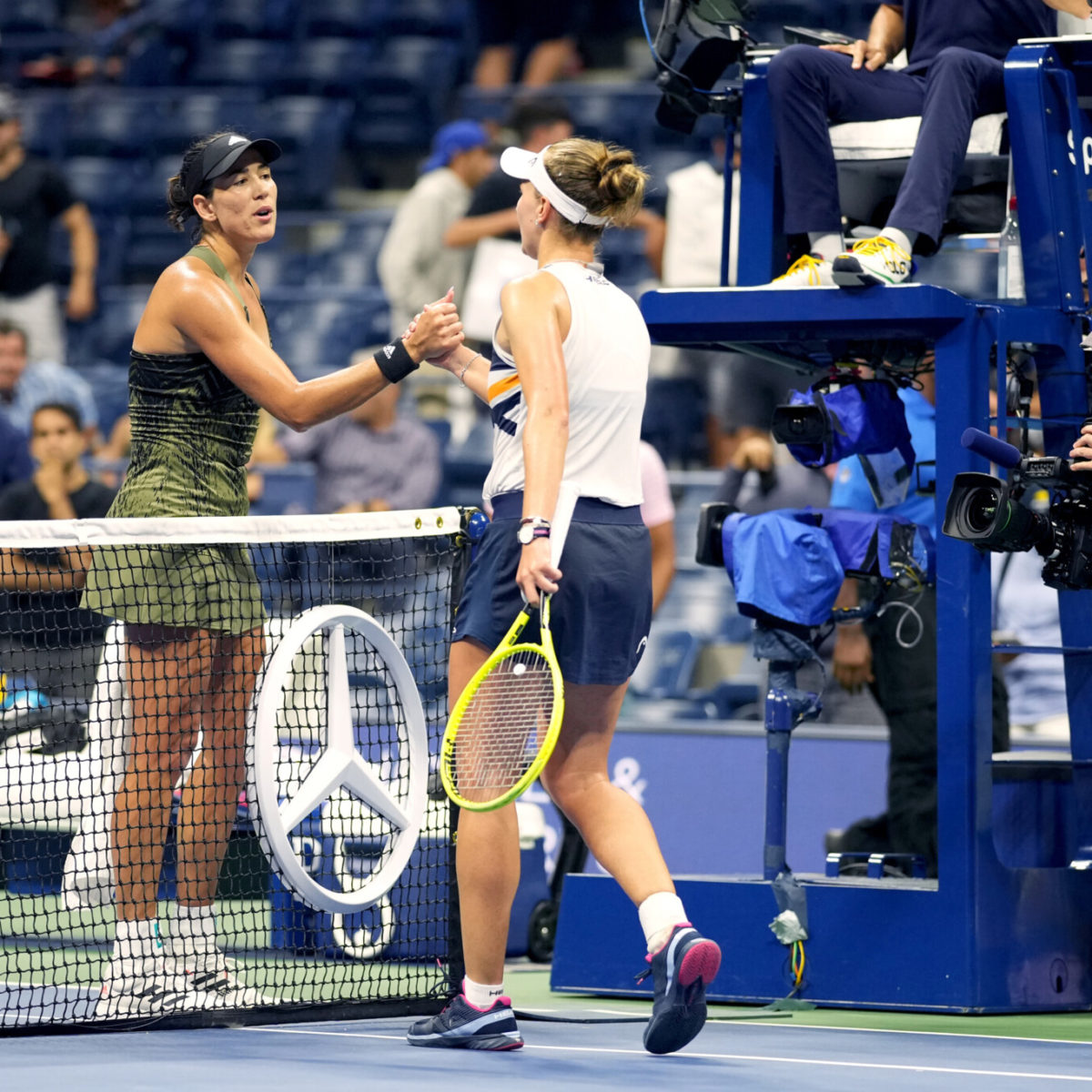 Garbine Muguruza has slammed Barbora Krejcikova over her behaviour during her loss to the Czech at the US Open late on Sunday night.

Krejcikova won the match 6-3, 7-6 but as the two players came to the net a very quick handshake saw a disgruntled Muguruza mutter “so unprofessional” as she returned to her chair.

Asked for her thoughts on Krejcikova after the game she added: “Well, I think, between players, you know a little bit how to behave in certain moments.”

“And, yeah, I wasn’t very happy at the end of the match.”

Muguruza’s frustration was due to No.8 seed Krejcikova’s behaviour towards the end of the second set when she took a medical timeout while down 6-5 after saying she wanted to see the trainer.

Krejcikova then came out firing and won seven points in a row.

Muguruza and her coaching staff also showed their dismay at the 2021 French Open champion who took long breaks between points, slowly walking over to her towel.

Krejcikova said she wasn’t well enough to give a post-match interview on court but later explained how she felt ‘dizzy’ and ‘couldn’t breathe’.