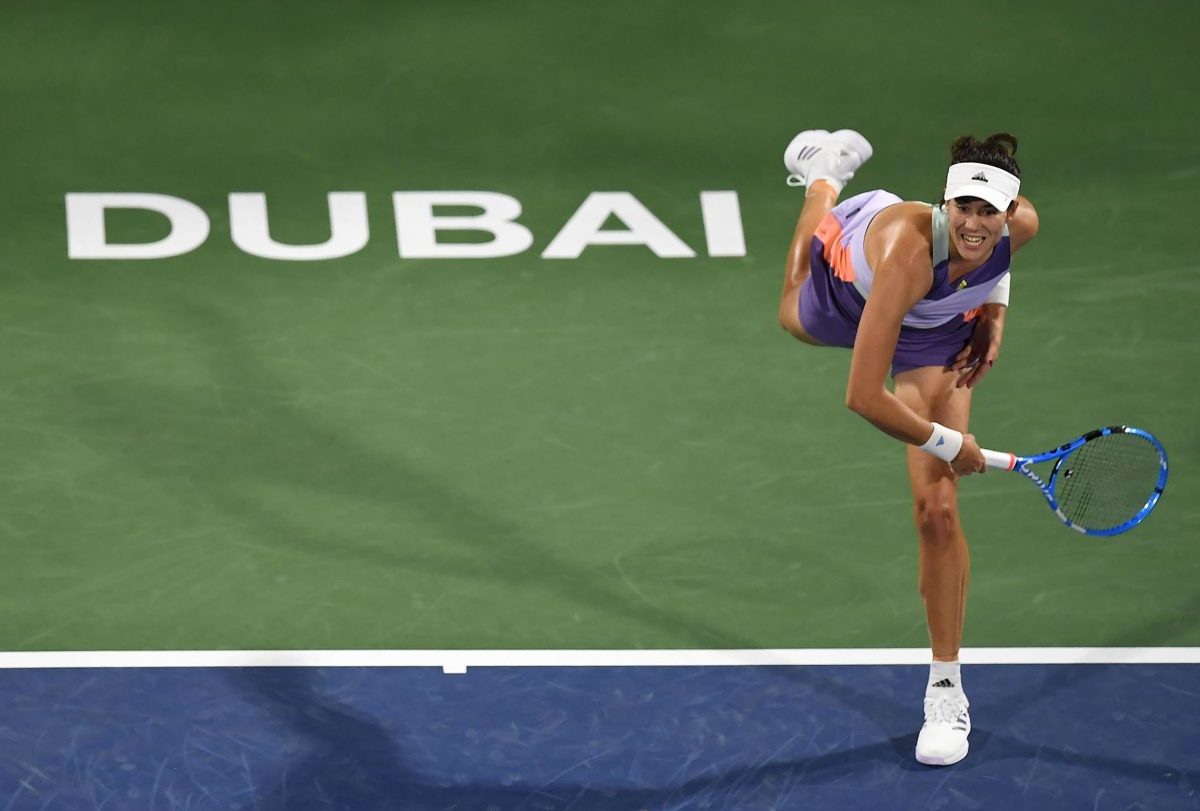 Gabine Muguruza finished with a blistering forehand winner on Monday to keep her first-round record a perfect 7-0 at the WTA Dubai event as she beat Irina Begu 6-3, 7-5..

Spain’s double Grand Slam winner earned her 13th victory of the season less than 24 hours after arriving from the weekend final in Doha, where she came up short against Petra Kvitova.

The Spanish winner at the Aviation Club trailed 5-3 in the second set after taking the first and had to produce two straight service breaks to complete the job in 98 minutes.

“It was tough, I only arrived on Sunday,” she said. “It was just a fighting spirit kind of thing today.

“Conditions are different from Doha, I had to adapt as fast as I could and bring my best to the court.

“I’m very happy, I could have easily not felt my game and let it go.

“I’m glad I stayed very strong and closed it out in two sets.”