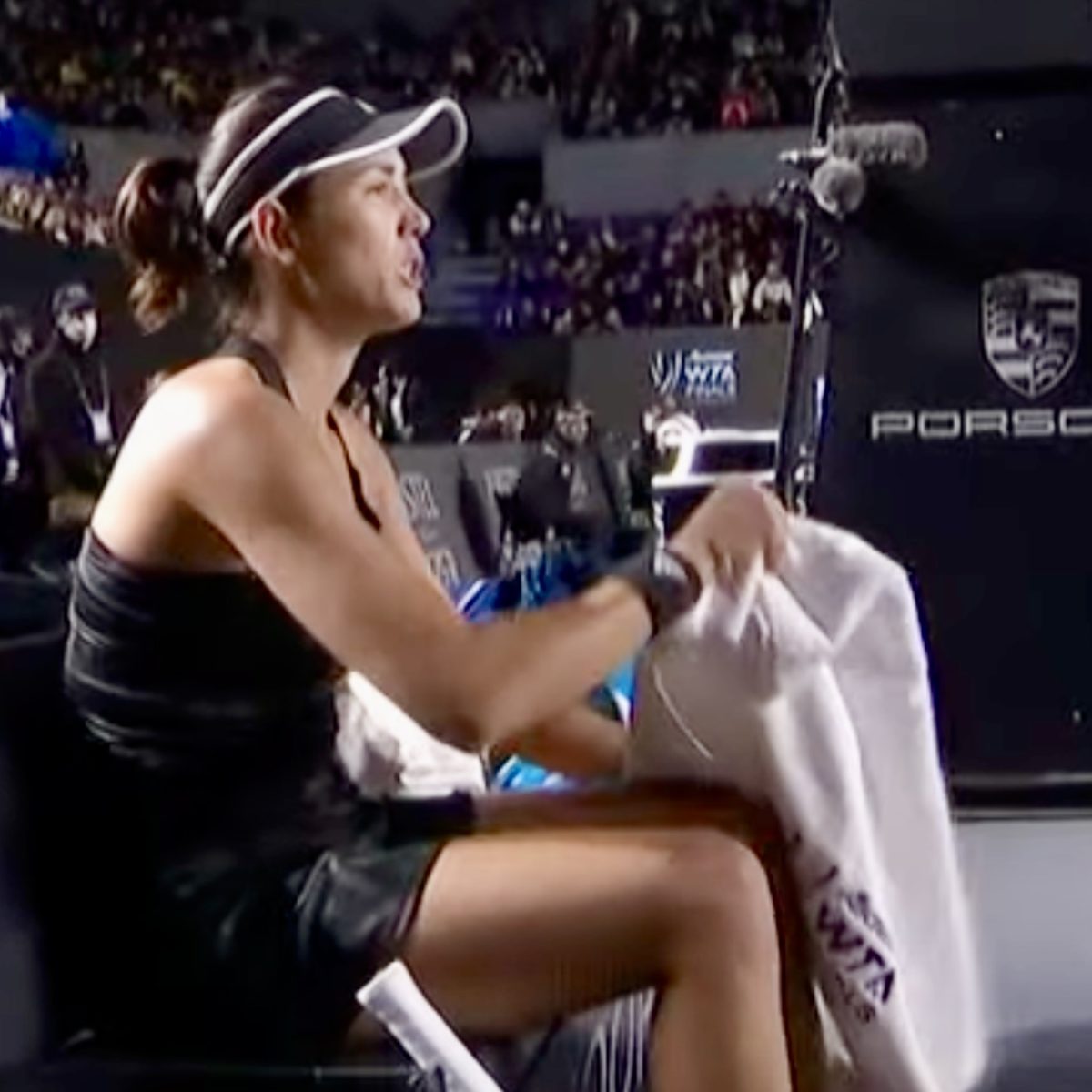 No.6 seed Garbiñe Muguruza booked her spot in the semi-finals of the WTA Finals in Guadalajara on Sunday evening with a 6-4, 6-4 defeat of No.8 seed Anett Kontaveit.

Muguruza moved on from the Teotihuacán group as the second qualifier with a 2-1 record along with group winner Kontaveit.

She will face Paula Badosa on Tuesday, with the winner becoming the first Spanish woman to advance to the finals since Arantxa Sanchez-Vicario finished as runner-up in 1993.

“It’s amazing there are four players left and two of them are Spaniards. I mean, that just shows that Spain has a great level of tennis and a great school. It’s going to be a fun match. It’s like you said, historical. Hopefully the crowd is going to be on the match. Whoever plays better is going to get the final.”

Earlier in the day Kontaveit confirmed her place at the top of the Teotihuacán group after Karolina Pliskova’s three-set win over Barbora Krejcikova, so it was a do or die scenario for Muguruza.

“Today was a match that was kind of everything or nothing,” Muguruza said.

“Starting the round-robin with a loss, it was never good. To finally get two wins and qualify was amazing. Today I think I played the best match out of the three. Cutting this long run from Anett, I was like, Okay, is it going to be me the one to stop her?”

Kontaveit struggled in the evening air as Muguruza rolled through her service games before forcing a break to tale the first set in 38 minutes.

The second was in similar fashion, Muguruza broke in the opening game and kept Kontaveit at a distance as she went through the motions to hold serve and win the match.

“I think Garbine played a great match,” Kontaveit said. “She was very aggressive, just very on it from the first point. I think I made way too many unforced errors. I mean, I don’t think I played a very good match. I just wish I could have done a better job today.”