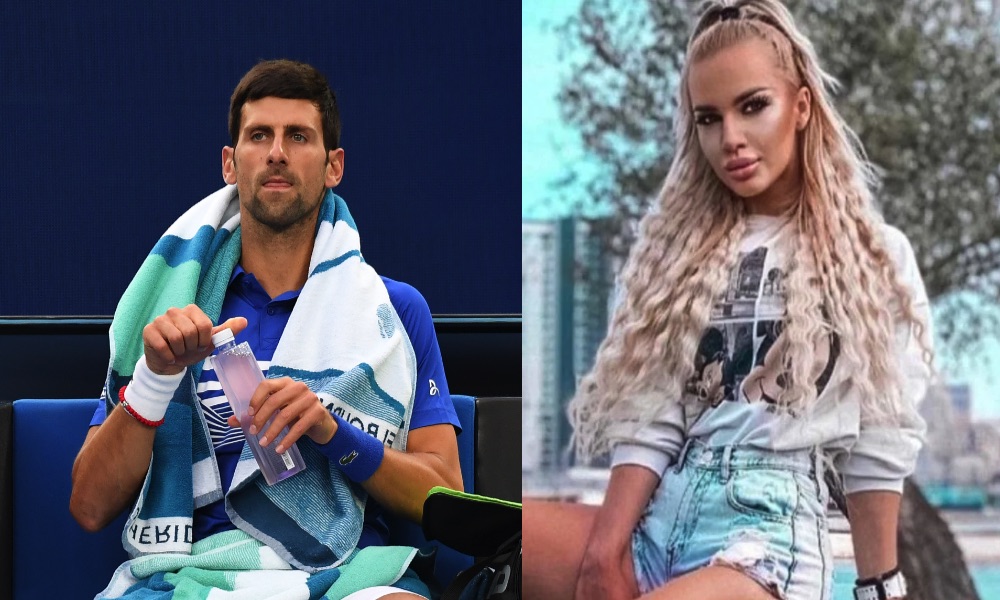 Natalija Scekic has told Svet & Scandal magazine she was asked to take part in a plot to frame the star which she said could have threatened his marriage.

Scekic said the mastermind behind the alleged plot was from the UK. She did not name him.

The plot surrounded Scekic trying to seduce Djokovic with the act being secretly filmed.

“It is true that a guy contacted me. I know him from the city [of London] and I considered him a serious guy,” Scekic said.

“I am familiar with their work and they were good. When he asked me for a date, I thought it was for a business matter. However, as the conversation progressed, I saw that it had nothing to do with my life.”

Scekic said she thought it was a joke before the3 conversation became very serious.

“I thought it was a hidden camera when he told me that I had to seduce Novak and film it, but not to worry about that because he was already taking care of that,” she said.

“He told me I could get about 60,000 euros for that and a trip wherever I wanted. I laughed, expecting him to say it was a joke, but the man was very serious. I felt very offended and humiliated.”

Once Scekic turned down the offer the plan went nowhere.

“I gathered my things and left. I hope he didn’t find a girl who wants to do that, because it’s not fair to Novak,” she said.