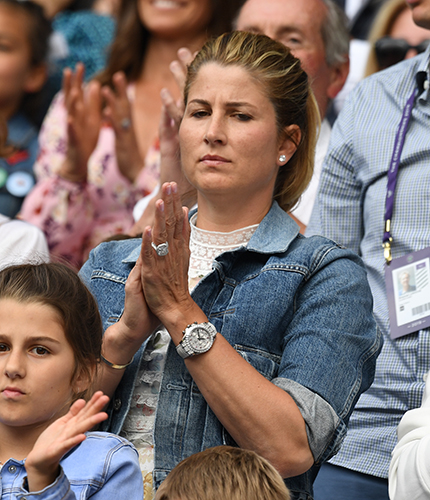 Brazilian TV network Bandsports reported that AO official Andre Sa explained that living for 14 days in hotel-room quarantine was just too much for the former WTA player, mother of Federer’s two sets of twins.

While Federer last month said that he would not be ready physically for the Grand Slam starting on February 8 as he rehabbed from two knee procedures last year, Brazil’s Sa, a former player, ATP and Cincinnati masters official, tells a different story.

Under strict Melbourne quarantine regulations, players would be allowed out of their rooms – certainly a suite in the Federer case – for five hours per day for training, physio and meals at Melbourne Park – but accompanying family members had to stay locked up.

The quarantine starts next weekend.

With two sets of kids aged 11 and six, that kind of restriction was just not appealing for Mirka, Sa said.

“The main reason was the quarantine. I talked to him a month ago and he had two options. He could come with the whole family and quarantine him,” Sa told the network.

“The problem is that Mirka and her children couldn’t leave the room. They would have to stay 14 days in the room.

“The exception is only for players. He could go out, train and come back, but the family couldn’t. Mirka did not approve the idea.”

2002 Wimbledon quarter-finalist Sa added: “The other option would be for (Roger) to come (to Melbourne) alone.

“But that would mean at least five weeks away from family and children. And then he said, ‘Dude, 39, four kids, 20 Grand Slams. I am no longer in time to be away from my family for five weeks.’”

The fifth-ranked Federer, who last competed at the Open a year ago, has yet to reveal when and where he will make his return to tennis in the coming months.