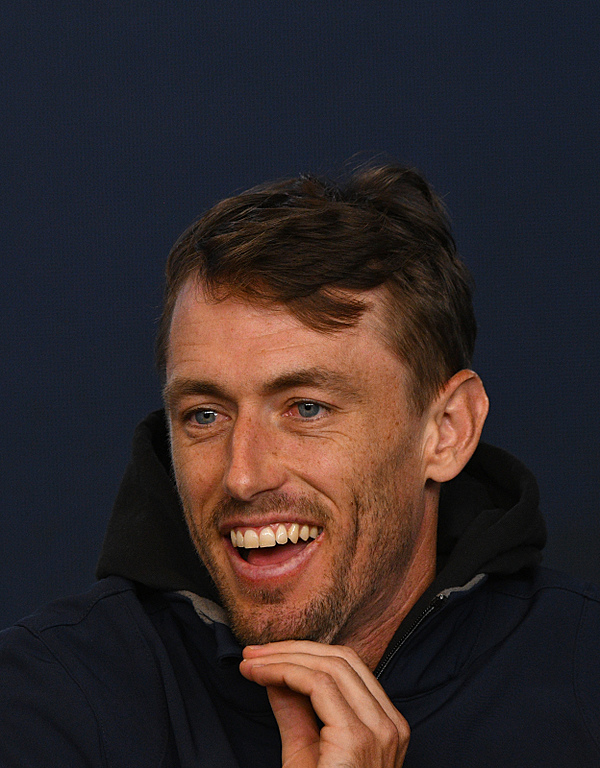 John Millman may be COVID-vaccoinated, but the Australian is calling upon Open officials to cut unvaxxed players some slack at the Melbourne Grand Slam in January.

The national No. 3 told local media that a two-week hotel room lockdown should be enough to ensure that unjabbed competitors remain safe during the major.

Australian, whose borders have been locked down for 18 months, is slowly starting to reopen for citizens. which has been locked down. But national and Victorian state governments are currently at war about what to do with unvaxxed players.

Speculation is that the state will win and only vaccinated competitors will be allowed travel visas.

Millman pleaded that the vaccine-hesitant needed to be given a somewhat relaxed regime.

“I’m totally in favour of vaccination and it is inspiring that those of us who have the double dose are going to be able to attend the tournament without problem,” the No. 57 said.

“But I would like all players to be given the opportunity to compete, even if they are not vaccinated.”

He added: “In January, we experienced what it means to not leave a hotel room for two weeks. We are talking about one of the four most important tournaments on the calendar, the option to play an event of this level and the prize money it offers, would be more than enough to make the unvaccinated willing to spend a hard quarantine.”

Millman said that it’s been tough for travelling players to actually schedule a two-step COVID jab regime, though both Tours have made options repeatedly available.

“It’s very difficult to find the time to get the vaccine and we cannot skip the queue.Many players spend months looking for a window in the calendar, free of tournaments and in which to be vaccinated in their countries of origin.”