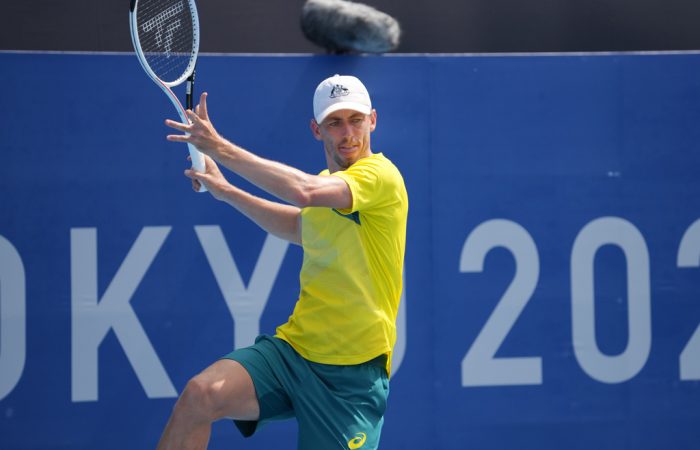 Australia’s John Millman advanced in his first-round match against Lorenzo Musetti, winning 6-3 6-4 in 96 minutes in Tokyo.

Millman looked strong on the first set, saved both break points he faced and with a decisive break of serve in the eighth game, closed out the set in 47 minutes.

The Australian grabbed another break of serve in the first game of the second set but Musetti levelled three games later before Millman took a 5-4 lead and then served for victory.
Millman faces Spain’s No.16 seed Alejandro Davidovich Fokina, a 6-3 6-0 winner over Pedro Sousa of Portugal, in the next round.

Veteran Sam Stosur went down in straight sets, 6-4 6-2, to Kazakhstan’s Elena Rybakina in her opening round match.