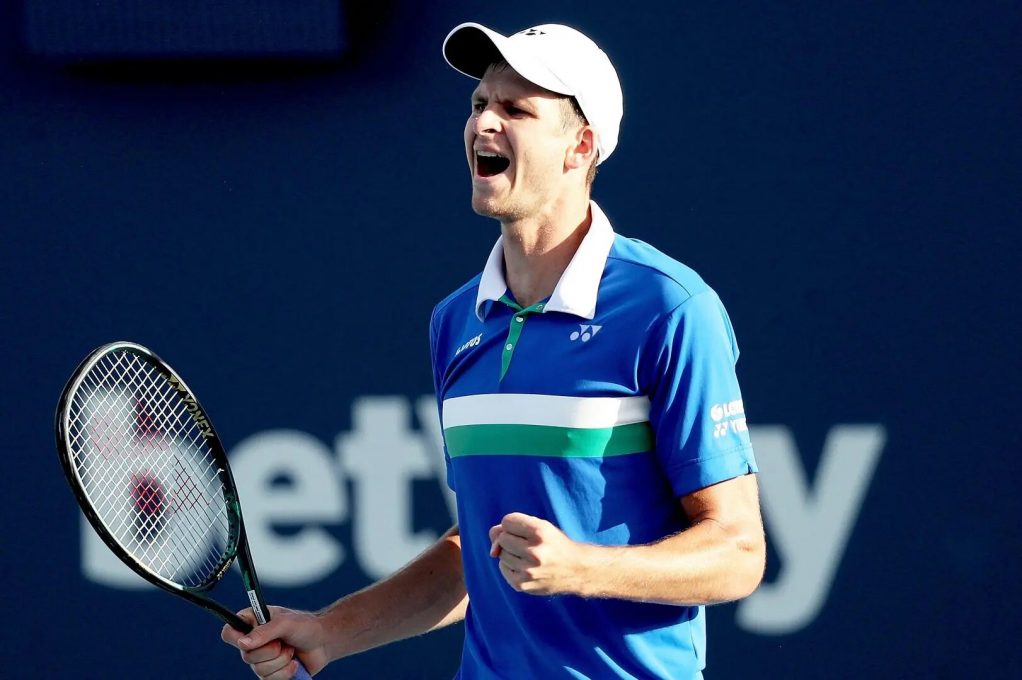 The second masters 1000 event of the year, immediately after Indian Wells, the world’s best head to the east coast of the USA.

Hubert Hurkacz has had a mediocre season so far, not making it beyond the quarterfinal in any of the four singles tournaments he has entered this year. He currently sits at world number 11, awarding him the eighth seed.

He has a 10-5 record this year, which isn’t bad, but apart from the ATP Cup, he hasn’t looked in good form yet.

Hurkacz needs good points here, as the Miami victory, as well as his Wimbledon semifinal, are propping up his ranking.

The Pole clearly likes these courts, as the 2021 champion, but he needs to find some form soon, or risk dropping outside the top 15.

Daniil Medvedev recently made world number one, but due to the way the rankings fluctuate, found himself back in the number two spot trailing by just 20 points. If he makes a good run here, he will recapture the top ranking.

The 2021 US Open champion’s season started well, with a final in the Australian Open, he followed that with an understandable semifinal exit from Acapulco. Both losses were to Nadal, who only just suffered his first loss of the season in the Indian Wells, after 21 wins.

A disheartened Medvedev made an early exit from Indian Wells to Gael Monfils.

Medvedev struggles with slow hard courts, and is clearly struggling with morale, but if he can recapture his form, a victory here is very possible.

His best result here is a quarter final last year, but he only needs to win his first match to claim world number one again.

Everyone knows of Murray’s injury troubles, however the 34 year old seems to be able to challenge anyone right now, as long as they play in the first round.

The Scot has consistently failed to pass the second round of any tournament, it is unknown whether it is due to playstyle, injury, or the fact he is entering tournaments on wildcards, giving tougher draws.

The good news for the former world number one is he has reunited with his most successful coach Ivan Lendl, who guided Murray to all of his grand slam victories.

This could be the tournament where Murray makes his first deep run of the year.

Taylor Fritz has the honour of attempting a sunshine double, after his victory in Indian Wells. It is an accolade only attained by seven men, with the most recent being Roger Federer in 2017.

Fritz is on form and moved up to world number 13, after defeating an injured Rafael Nadal. He also defeated world number seven Andrey Rublev in the semifinal.

The American had suffered an injury of his own, struggling with his ankle before the final, which almost made him withdraw. It is possible this injury will present an issue in Miami.

Fritz is 11th seed, and should be considered a dark horse for the win, if he remains uninjured. His previous best result here is the fourth round, which he achieved in 2021.

The Californian has proven he can win at this level, even if it is with a bit of luck at his home event.