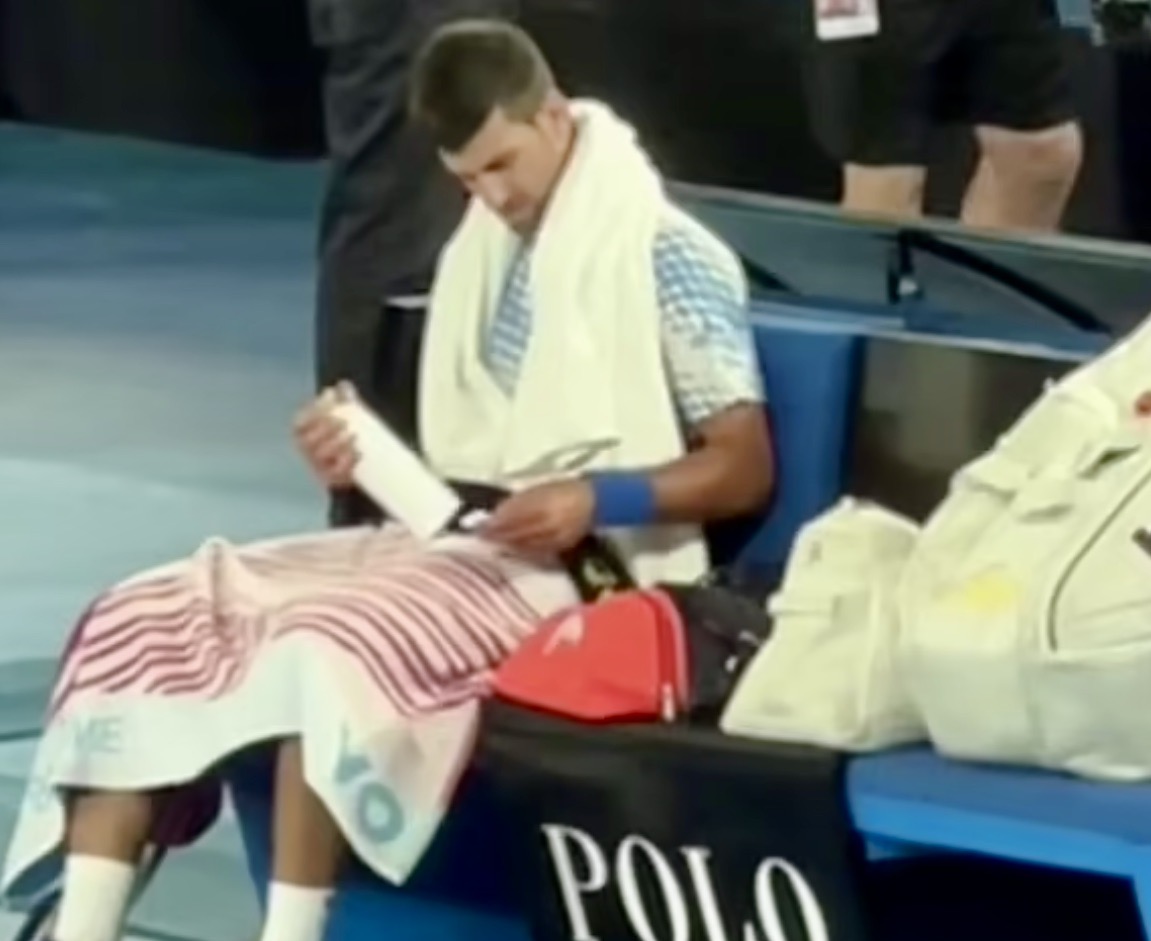 Novak Djokovic has been accused of breaking tournament rules after as video emerged of the Serb star receiving a message in a bottle during his win over Enzo Couacaud in round two of the Australian Open.

Players are allowed to communicate verbally with their team only when they’re on the same side of the court. If they’re on opposite sides, signals must be used.

After receiving the bottle, Djokovic could be clearly seen reading what was written on the message.

The footage of the incident, which has gone viral on TikTok, has raised concerns that Djokovic and his team could have broken rules governing when and where players can be coached during the tournament.

Footage of the incident, accompanied by the Mission Impossible theme, has been seen by 1.5 million viewers on TikTok.

It is unlikely Djokovic was knowingly breaching any rules, but questions have been raised.