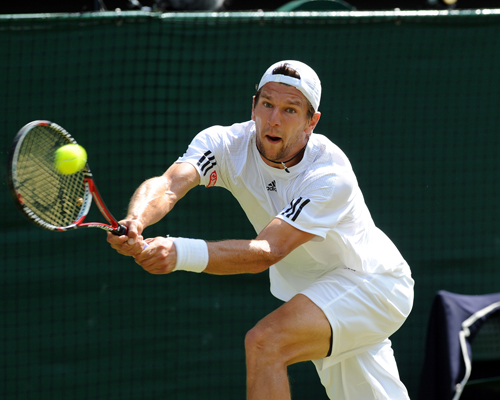 Austrian Jurgen Melzer announced his retirement from tennis after bowing out of the Vienna Open on Wednesday.

Melzer, 40, had teamed up with Alexander Zverev in the doubles, but lost in straight sets to Filip Polášek and John Peers.

“I was a bit afraid that not so many would come after all. Thank you very much, it was a huge honour for me to leave here,” Melzer said.

“He (Zverev) didn’t hesitate five seconds to play here with me, that is not a matter of course when you’re at number four and you’re close to the Masters. Unfortunately, it was a short undertaking, but thank you.”

Melzer became the first Austrian to win the Wimbledon boys’ title in 1999.

He played in 53 Grand Slams – his best being the 2010 French Open, where he made the semifinals.