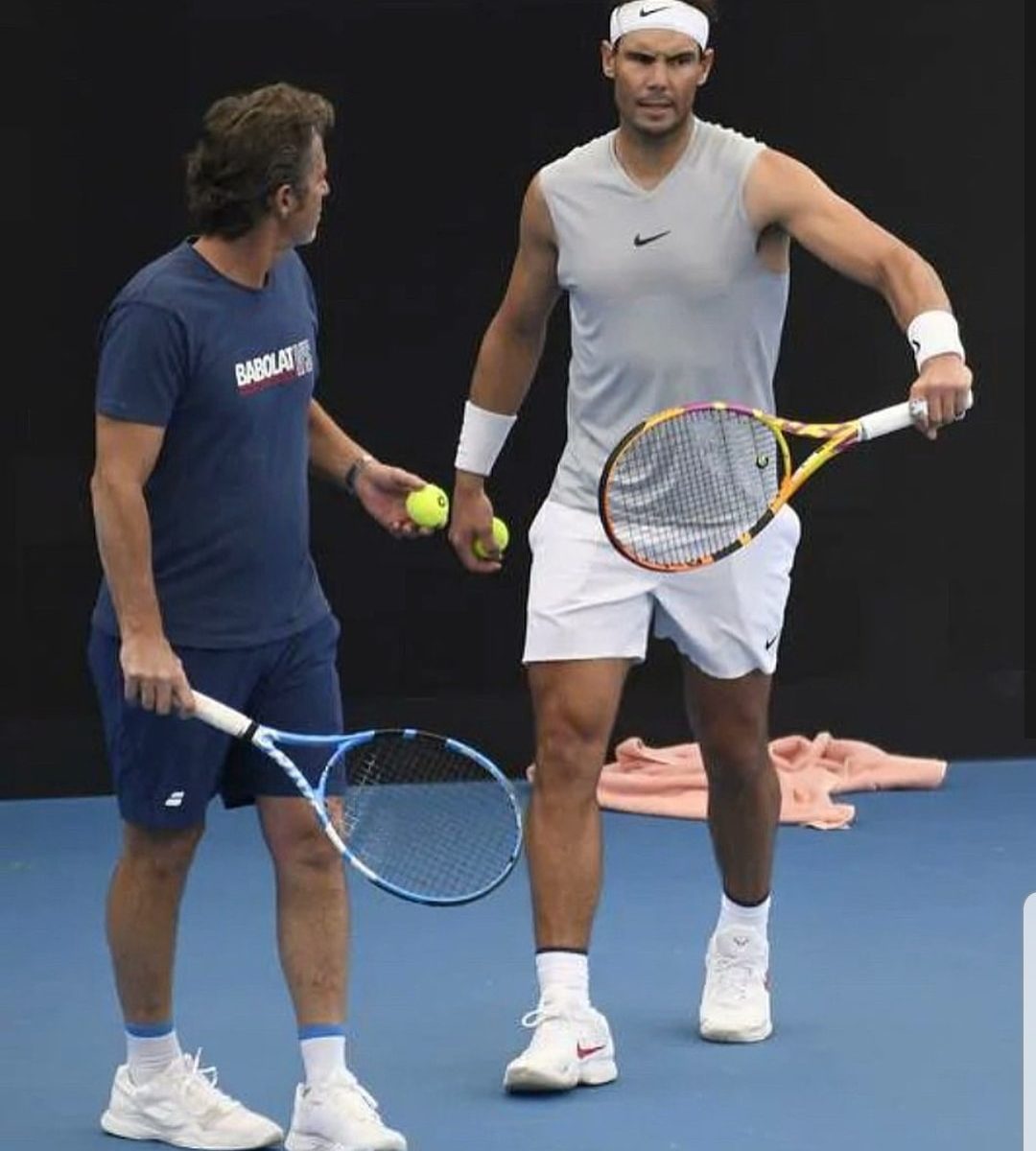 Physios for Rafael Nadal are working to bring a stiff back problem under control before one of the trophy favourites begins his Australian Open campaign nxt week.

This week’s one-day interruption of play at the pre-Grand Slam events in Melbourne give the 34-year-old and his team more time to treat the problems which has forced the world No. 2 from the ATP Cup

Matches at six preliminary tournaments at Melbourne Park were cancelled for Thursday as officials tested up to 600 tennis-related visitors – reportedly 120 players – who might have been exposed to a positive test from a hotel staff member at the Hyatt in the CBD last week.

The delays buys time for Nadal, who won the major in 2009 but has since not been back to the local podium, though he has played and lost four finals here.

Nadal explained his predicament to Spain’s Movistar website: “I’m not in a terrible shape, but I’m not well enough to play.

“At the end of one of the practice sessions I felt it was getting stiff. I’m having daily treatment and trust things will improve in the next few days.”

He added: “The first objective is to try to recover as well as possible. I think I have had a good preseason and I started this season with maximum enthusiasm.

“I trained well in Mallorca and Adelaide,” said the winner of 86 career titles.