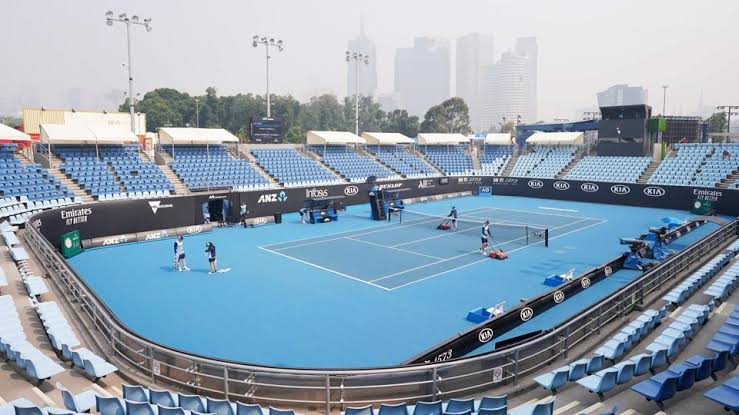 A bushfire nightmare scenario descended over the Australian Open on Tuesday, with qualifying rounds affected by the choking haze drifting in from the east.

With six days to go before the start of the first Grand Slam of the season, tournament medical officials were scanning the skies and checking their air quality monitoring equipment as conditions deteriorated.

Eastern Australia has been ablaze since November with fires which had destroyed hundred of thousands of hectares and claimed almost 30 victims not to mention an estimate one billion wild animals in the bush.

Now the collateral damage is starting in the run-up to the first major of the tennis season.

At Kooyong club, former home of the Open until the 1988 move to Melbourne Park, an exhibition match between Maria Sharapova and Laura Siegemund was interrupted with the German leading 7-6, 5-5 in the pre-Open hit-out.

There were more serious matters on court during qualifying at the Grand Slam, with Slovene Davila Jakupovic trailing Swiss Stefanis Voegele 4-6, 6-5 when she collapsed on court with a coughing fit due to apparent breathing difficulties in the heavy air and forfeited the first-round qualifying match. 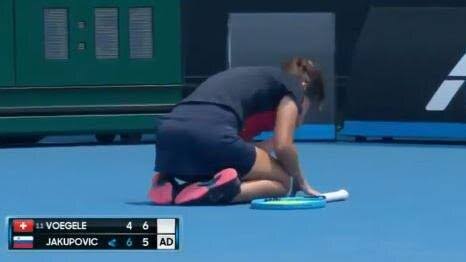 Canadian Eugenie Bouchard’s qualifying match was also interrupted by the poor air, with the former semi-finalist taking an injury timeout of court after complaining of breathing problems before coming back out to take a win into the second round.

The view form the Melbourne Park sporting precinct to nearby skyscrapers of downtown were all but obscured, making the Victoria capital resemble the murky atmosphere of continually polluted Beijing.

US doubles player Bethanie Mattek-Sands responded to a tweet, saying that smog has never stopped outdoor tennis in China, where conditions are continually poor during every autumn tournament swing through the country.

Air quality in Melbourne on the day was categorised as “very unhealthy,” with officials issuing warnings to stay indoors and refrain from outdoor activities..

Horse race meetings in the punting-mad city were suspended due to the haze while owners were advised to keep pets inside.

Open officials have insisted they will be prepared for anything the weather can throw at them, with the tennis continuing nonstop through the men’s final on February 2.

One option would be to close the roofs on three covered show courts, a solution which would not be of much use in the crowded early rounds with a few hundred matches to get through.

“I felt a little bit of a cough coming out,” Sharapova said as play was called off.

“This is obviously maybe more extreme than some of the other conditions we’ve had, but other than that you just have to be ready.”

Added Siegemund: “It certainly doesn’t feel like it’s the healthiest conditions to play in.”