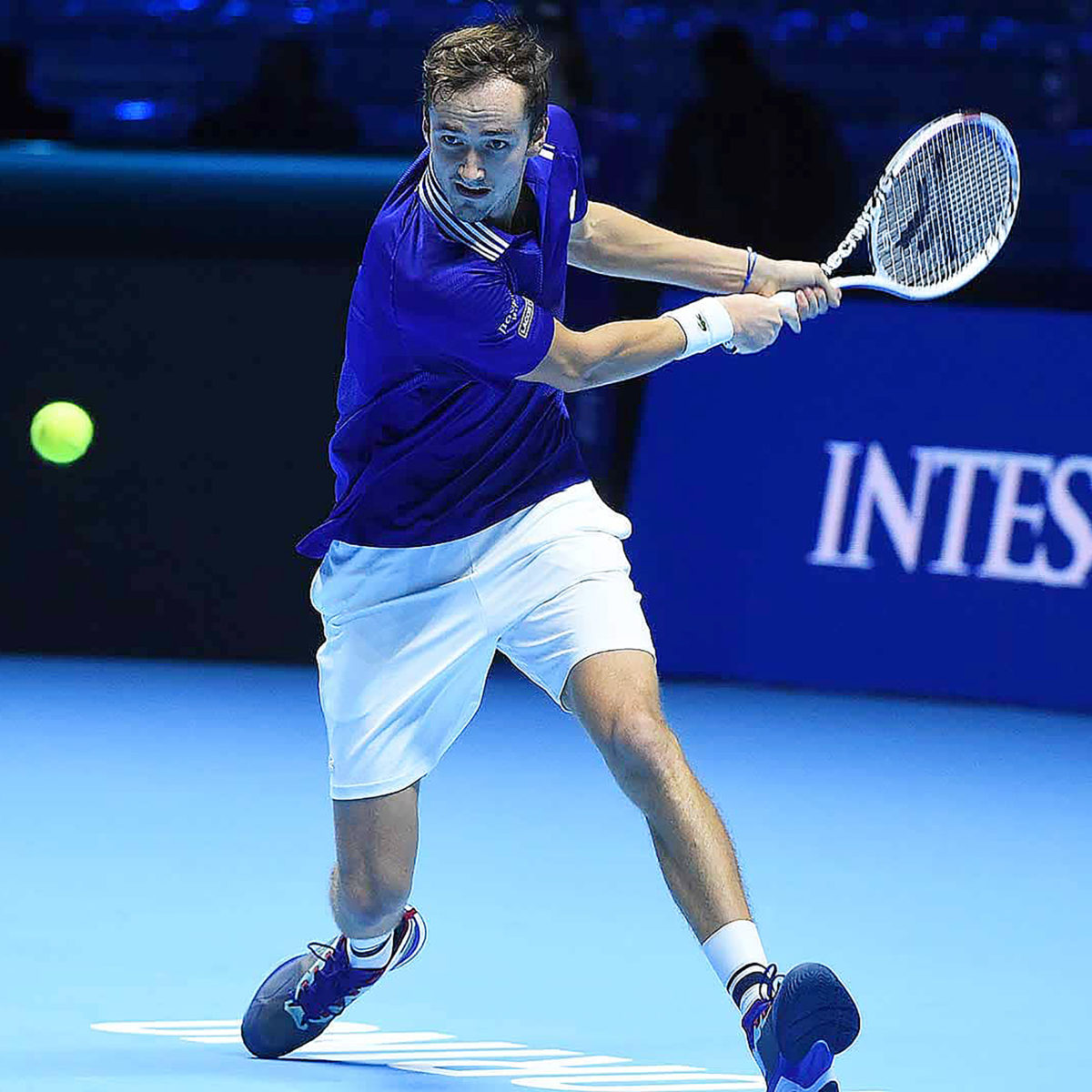 Daniil Medvedev got the Nitto ATP Finals off to a good start with a gritty 6-7(5), 6-3, 6-4 victory over first time qualifier Hubert Hurkacz in the first game of  his title defence.

The World No. 2 who picked up his fourth ATP Masters 1000 title in Toronto this summer, and followed up with his maiden Grand Slam title at the US Open had to work hard after dropping the opening set, finally wearing down his Polish opponent with his consistent serving and methodical baseline play in a mach lasting just over two hours.

Medvedev served 15 aces and didn´t face a single break point against seventh-seed Hurkacz, who  had beaten him in five sets at Wimbledon in July.

“I had zero break points to save, so in a way I was never under pressure,” Medvedev said in his on-court interview. “I had only two games on Hubert’s serve where I had break points. Super happy to make this work and [that I] managed to get both breaks.”

After starting 0-3 on his debut in the ATP season finals  two years ago, he has since claimed six consecutive victories and has also won 19 of his last 26 matches in straight sets.