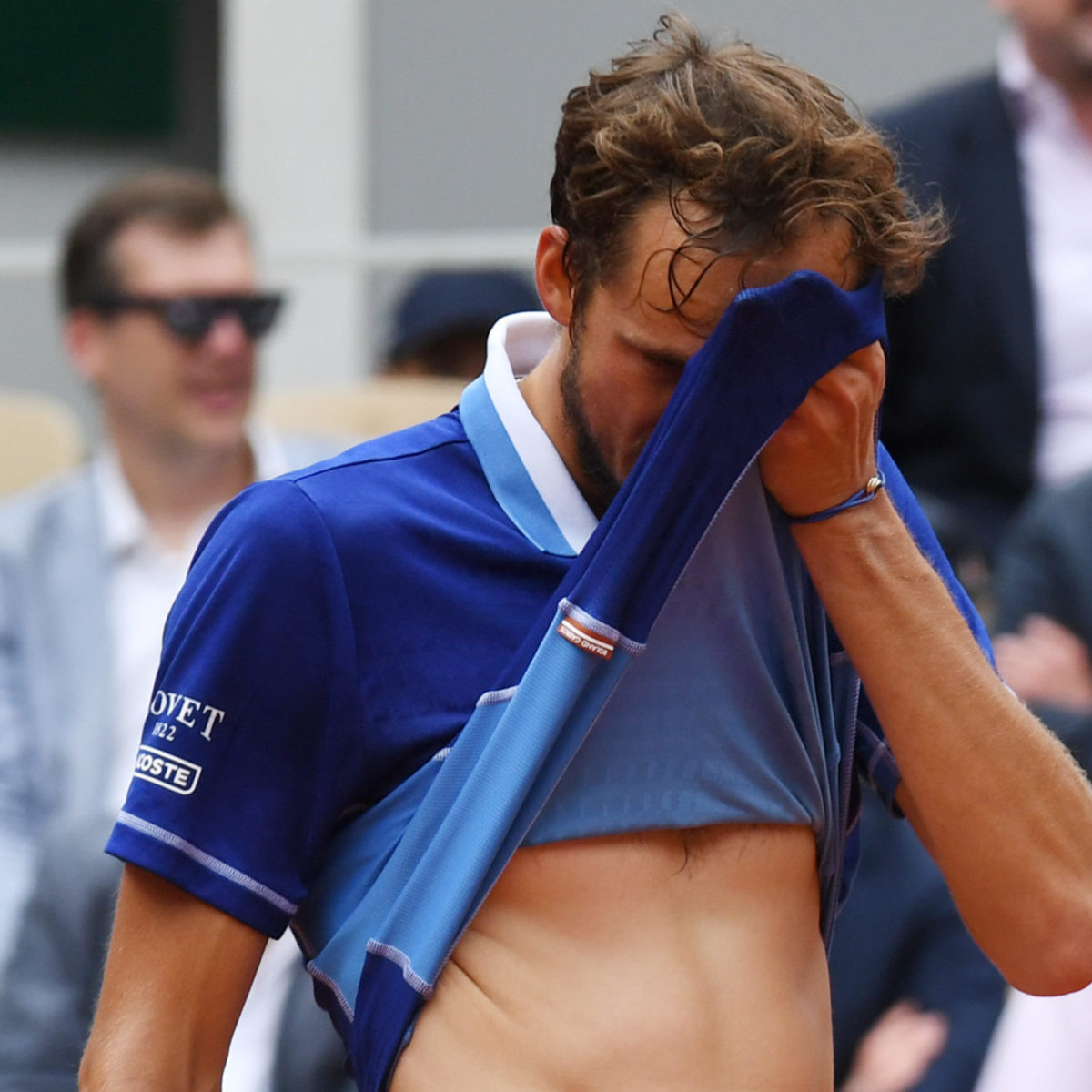 Daniil Medvedev has revealed that Wednesday’s Montreal post-match insult incident was a double act featuring an ill-mannered father and his equally unpleasant son.

The world No. 1 copped abuse from the pair gathered in a crowd of fans outside a locker room door after a second-round loss to Nick Kyrgios.

Medvedev was jeered as a “loser” by the pair as he passed by, he halted and went back to respond..

The world number one kept details of the incident private on Sunday as he prepared to start as top seed at the ATP Cincinnati Masters.

“I was disappointed after losing the match (in three sets to Kyrgios),” Medvedev said. “But when someone mocks me, I’ll respond.

“It would be bad to let people shout bad things at me and just keep walking.

“I will ask what his problem is.”

Medvedev said such harsh treatment is far from common “in real life.”

“This is one of the first times it’s happened to me, it doesn’t really happen a lot. On social media (criticism and insults) are a bit out of control.”

Kyrgios on Sunday tweeted his support of Medvedev: “disgusting behaviour. This is the best we have in the sport, fans need to show some respect.”