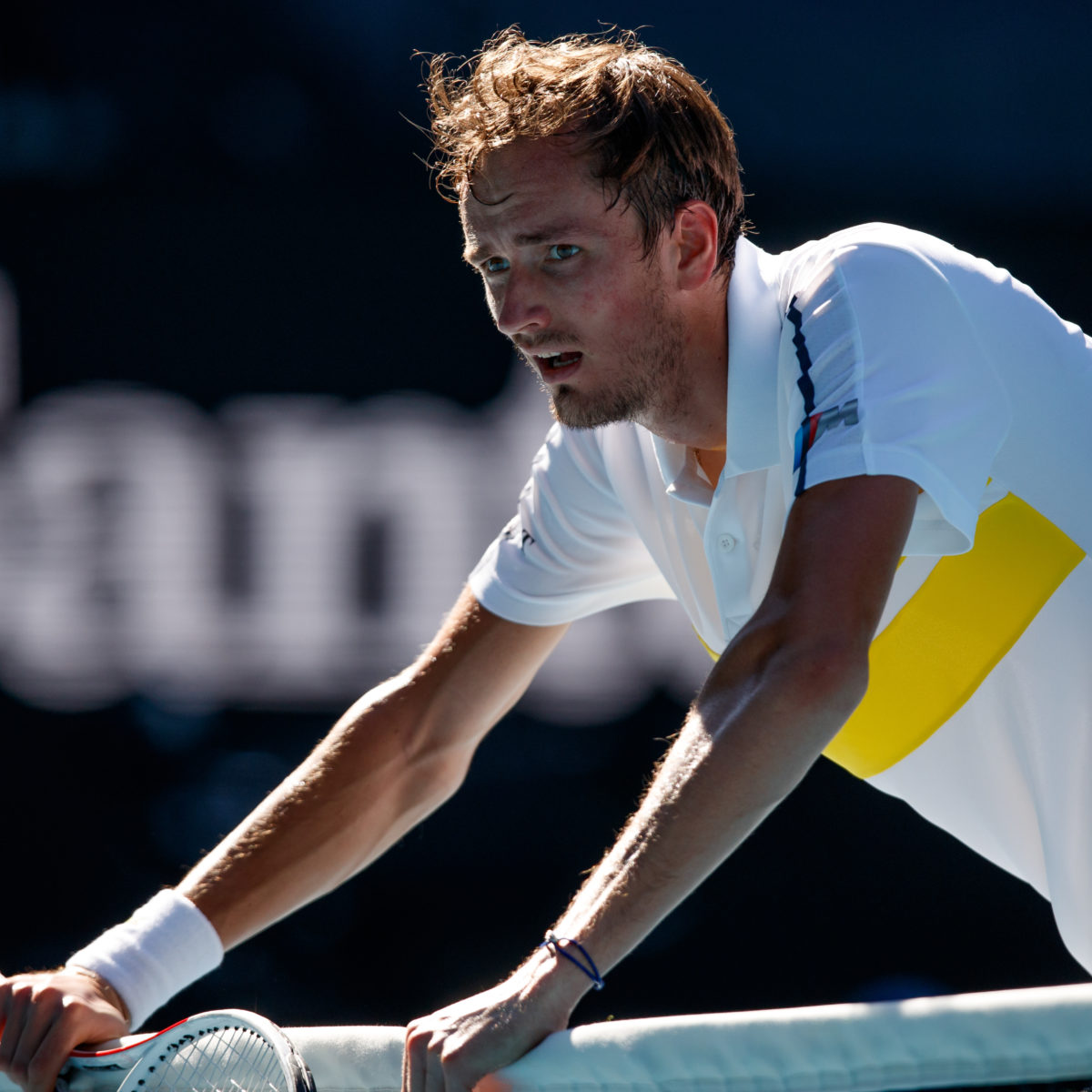 In straight sets 7-5, 6-3, 6-2 win, Medvedev extended his winning streak to 19 matches as he clinically picked the younger Rublev apart.

“If you come to Australia and it’s plus 40 every day it’s not easy but at least you’re kind of used to it,” Medvedev said of the heat.

The first set could have gone either way as both players broke each other’s serves in games six and seven.

Medvedev then took a lead at 6-5 and gained the advantage.

Rublev looked tired in the second set – the heat affecting him more than his opponent – and Medvedev saw his chance as long rallies began to expose a weakness.

A Rublev double fault gave Medvedev his chance and he took it at 4-3, never to look back.

With both players suffering cramp in the heat, Medvedev wrapped up the match in quick fashion to set up a semi-final clash against either Rafael Nadal or Stefanos Tsitsipas.

“The last game of the match I started cramping in my quad,” Medvedev said.

“I knew he was cramping too I saw it. I had to not show it. I managed to make some big serves and then in the end I locked completely.

“I would say the last three points when I was getting ready for the serve I could not really move my left leg so it was not easy and I knew if I lost the game he was going to see it so I was happy I won the game.”

Medvedev is the second Russian into the semi-finals; qualifier Aslan Karatsev takes on world No.1 Novak Djokovic in the other.