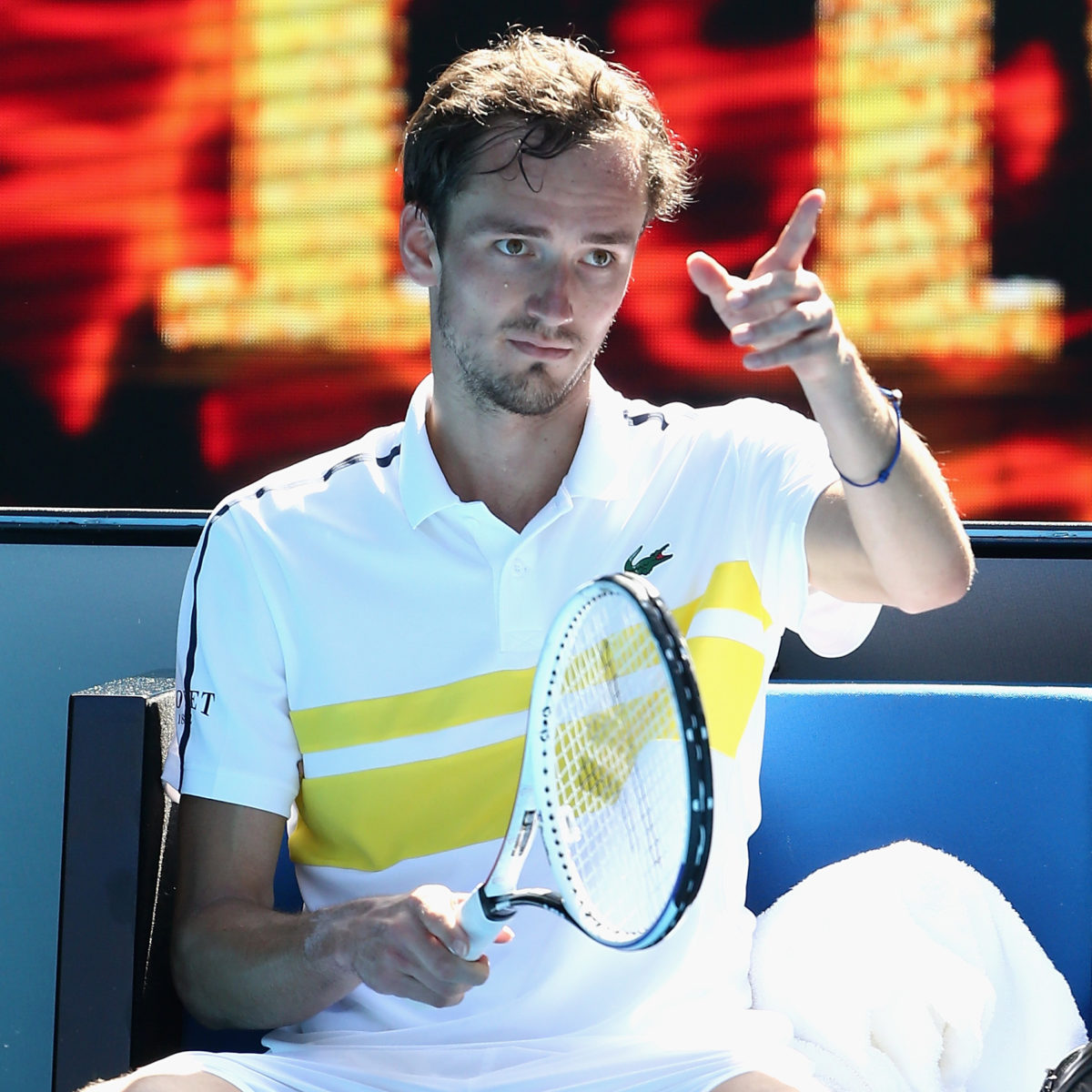 Coach Gilles Cervara left his coaching position, angry at the verbal outbursts from the player, after dropping the third set.

The usually cool Russian, who had jumped into a two set lead, lost the fourth as well before eventually refocussing to take out the match.

Krajinovic played more aggressively in the third and fourth sets, moving to the net and unsettling Medvedev.

After the Serb had forced the fifth set, Medvedev returned from a second toilet break to resume his normal style, bagelling his opponent to win the tie and set up a fourth round clash with unseeded American Mackenzie McDonald.

“Third set I had some chances… He raised his level. I tried to change my position on the return in the fifth set and it seemed to be working well, I guess.”