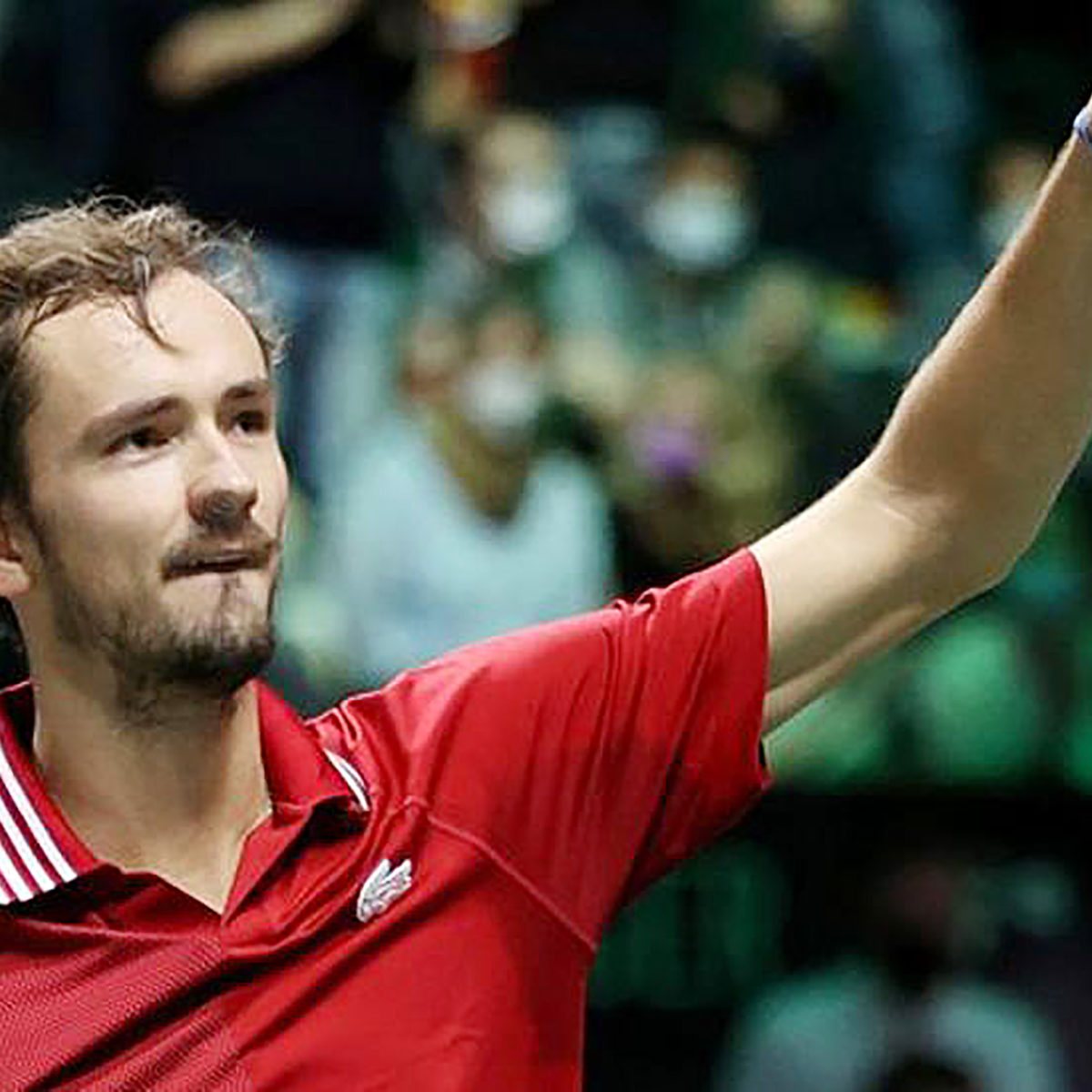 25 year old Medvedev had won all three of his previous matches without dropping a set despite receiving little support from the Spanish fans who had seen their team knocked out by the Russians in the group stage.

They jeered him during his post match interview and Medvedev responded  by asking them to calm down and pointing to the court of the Madrid Arena.

‘You should support me or I’ll continue to win’ he taunted with echos of his US Open Final win.

“I’m really happy for the team to be in the final, it has been an amazing two weeks so far – beating Spain was the highlight,” he said.

“Beating the home favourites in Madrid made all of us happy in the locker room, it was a nice feeling and I’m happy about it.”

As  the crowd  continued with their jeers, he added: “People still don’t understand how to make me lose. They should support me.