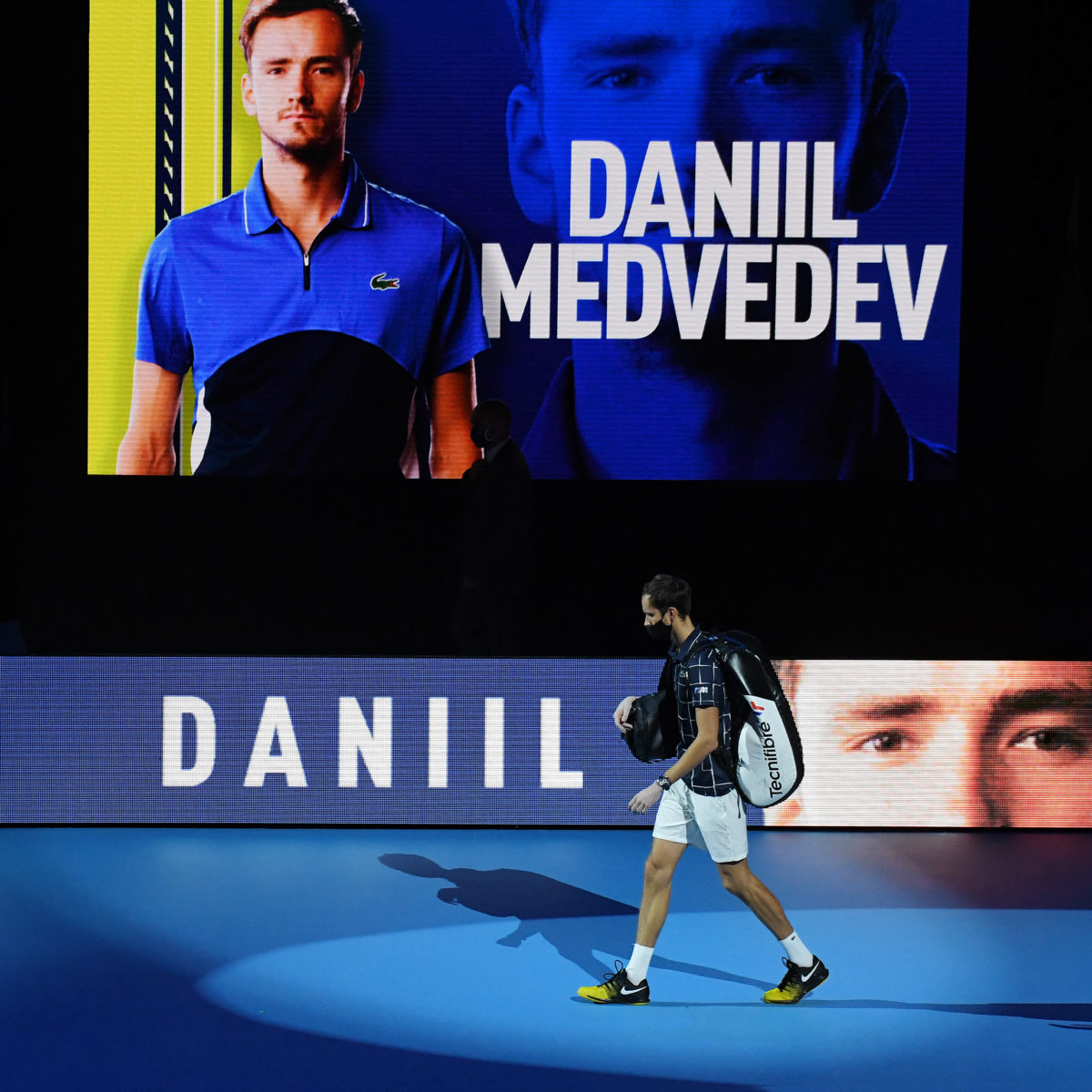 Daniil Medvedev stunned Novak Djokovic 6-3, 6-3 on Wednesday to earn a weekend place at the ATP Finals as he beat the world No. 1 for the second time in three matches.

The Russian handed his world No. 1 opponent a fourth loss this season against 40 wins for Djokovic, who has a last chance to redeem himself when he plays his concluding group match on Friday against Alexander Zverev.

Earlier, the German defeated Diego Schwartzman 6-3, 4-6, 6-3 to maintain his own hopes of advancing to the knockout stage of  the year-end spectacular.

Medvedev had beaten the Serb in an August, 2019, Cincinnati semi-final but lost to Djokovic in January’s ATP Cup.

Djokovic still has a chance to place in the year-end semis for the ninth time from 13 appearances.

Medvedev has come to life at this edition after losing all three of his round-robin matches here a year ago.

The Russian profited from 10 aces and five double-faults from Djokovic – three in the last game of the opening set.

Medevev ran off a series of seven winning games to lead by a set and 3-0 before Djokovic halted the decline by holding for 1-3.

But down a set and a break, the 33-year-old had little chance to redeem himself; Medvedev laid on back-to-back aces to take a 5-2 lead and wrong-footed Djokovic two games later on a second match point to win in 81 minutes.