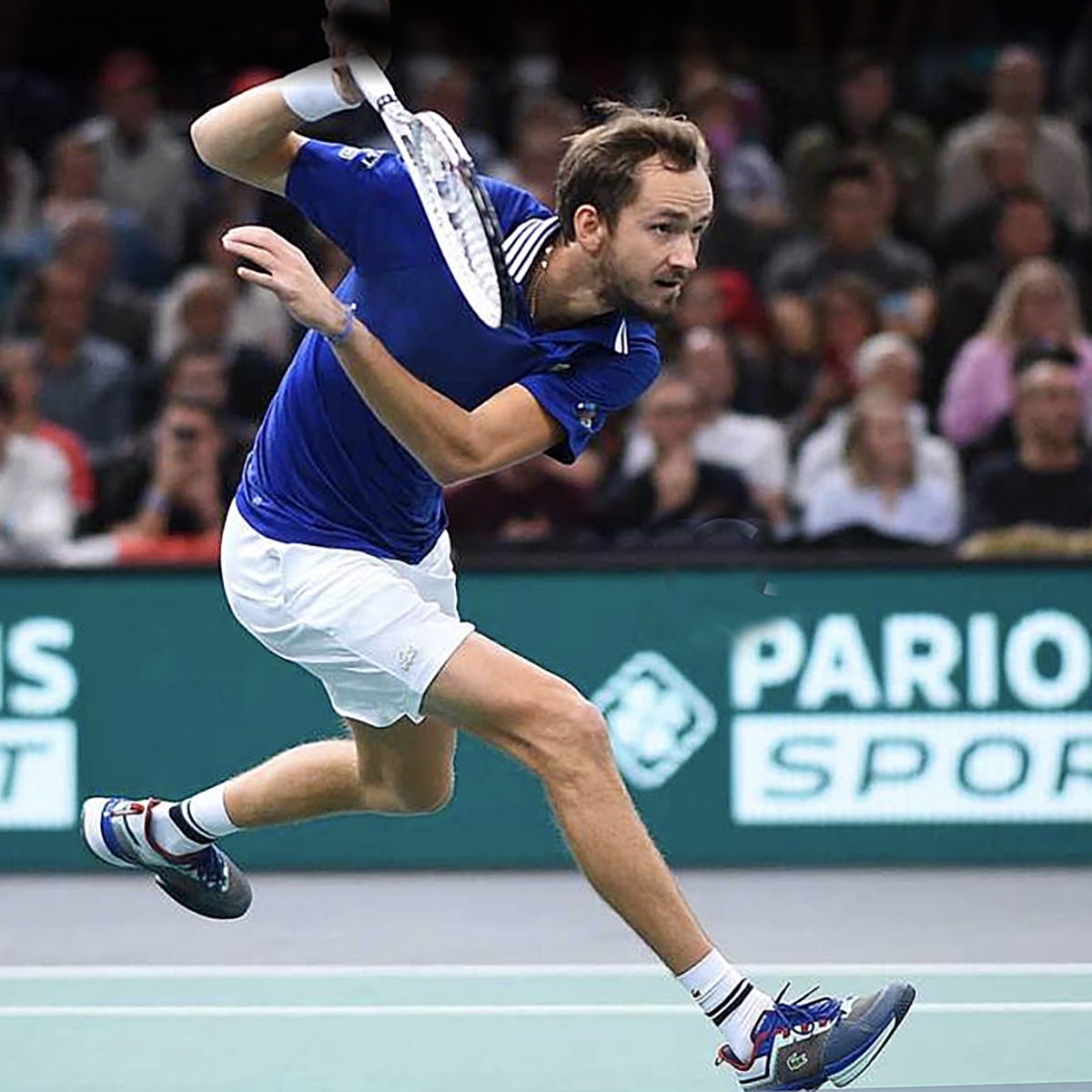 Daniil Medvedev’s 7-6(7) 6-4 victory over French qualifier Hugo Gaston not only put the Russian into the Rolex Paris Masters semi-final but put on hold Novak Djokovic’s hopes of ending the season as World No. 1 for a record seventh time.

The Serb had cruised into the semi finals earlier in the day beating Taylor Fritz 6-4,6-3.

Defending Champion Medvedev bizarrely emptied his pockets at the end of the match rather than his usual lifting of his arms above his head to celebrate victory.

He later said this gesture was an “in joke” with his team but was unwilling to share it with the public.

Djokovic has already suffered one crushing defeat this year at the hands of Medvedev who dashed his dreams of a Grand Slam sweep when by beating him in the US Open Final in September.

“That’s actually the biggest reason why I came here, trying to clinch the year-end No. 1,” Djokovic added.

“Hopefully I can do it during this week. If not, then I’ll have another chance in Turin at the ATP Finals (November 14-21)