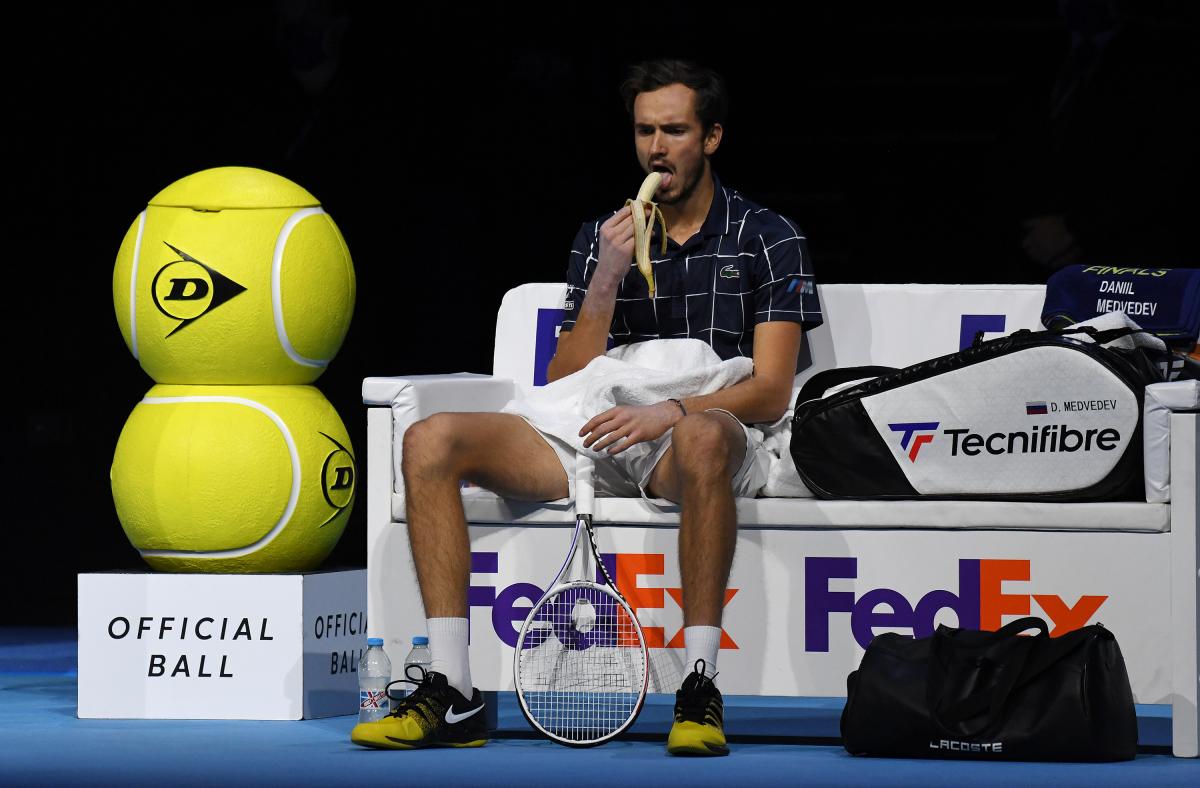 Daniil Medvedev tuned up for his Saturday semi-final against Rafael Nadal, producing a 6-3, 6-3 defeat of Diego Schwartzman in the last of the group matches at the ATP Finals on Friday.

The Russian’s victory in 75 minutes set up a mark II version of the 2019 US Open final, won by the Spanish icon Nadal.

Victory leaves Medvedev with an unblemished 3-0 record in London at the quarantined season wrapup  – all were won in straight sets – in preliminary play before Saturday’s knockout stage begins.

Argentine Schwartzman exits in his debut edition at the event with three round-robin defeats and a fifth loss to Medvedev.

The Russian finished up after saving a pair of break points in the second set.

He dispatched his Argentine opponent as he set up match point with a fourth ace and benefitted as the South American drove a return long over the baseline.

“I have been playing great in previous matches, it’s good to stay undefeated,” Medvedev said.

“I really wanted to win this match and I’m happy that I did.

“I was serving really well today, that helped me throughout.”

Despite never beating Nadal, challenger Medvedev is excited to take another crack at one of his childhood tennis heros.

“I enjoy playing all of the Big 3. I started watching tennis at a young age; first there was Roger (Federer) winning everything, then Rafa came along and then Novak.

“It’s a great pleasure to play any of them,, I’m looking forward to tomorrow.”