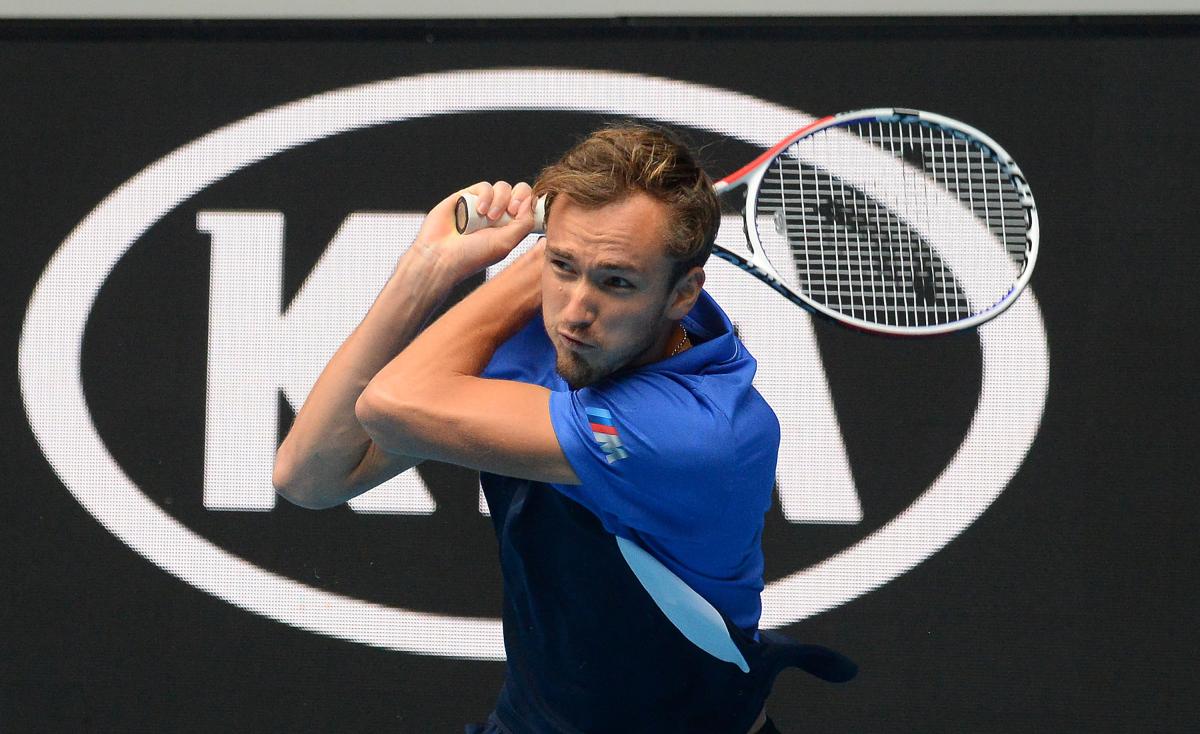 Russian fourth seed Daniil Medvedev overcame a second-set nosebleed which required a medical time out to advance on Thursday at the Australian Open.

But the health incident could not stop the Russian juggernaut towards a 7-5, 6-1, 6-3 defeat of Spanish qualifier Pedro Martinez.

With play on outside courts halted first by accumulated red girt from a wet overnight dust storm and then by light rain, the programme under the roofs of three covered show courts marched on unhindered.

By mid-afternoon, some matches were already being cancelled for the day as organisers faced up to another day of chaos and make-up play on Friday when dry conditions are forecast.

Medvedev dominated with 19 aces among his 40 winners but was not completely satisfied in victory.

“In the first set I wasn’t always happy with my first serve,” the 2019 US Open finalist said.

“But we are tennis players, we always want more.”

The Austrian took his revenge against Aussie players after going out at the same stage a year ago to Alexei Popyrin.

Bolt levelled the match at a set each as he ran off the last four games of the second set against the two-time Roland Garros finalist before Thiem launched what proved to be a successful fightback.

No. 7 Alexander Zverev took another step towards ending his Grand Slam hoodoo – he only two Paris quarter-finals to his name – with a defeat of  Egor Gerasimov 7-6(5) 6-4 7-5.

Zverev, who lost all three of his matches for Germany at the ATP Cup this month, said he has been on the practice court for six hours or more per day after arriving in Melbourne.

“This was definitely much better than the ATP Cup. Now into the third round, I’m very happy about that, I want to find my serve, my groundstrokes, whatever hasn’t been working.”

Former Top 10 player Ernests Gulbis, whose ranking has dropped to 256 over the years. obtained a spot in the Melbourne third round for the first time in his career as he beat Aljaz Bedene.

The colourful 31-year-old Latvian qualifier, who stood 2-10 here, advanced 7-5, 6-3, 6-2 as he won his fifth match at this edition.
.
There were wins into the third round for John Isner, Adelaide winner Andrey Rublev and Gael Monfils, who defeated Ivo Karlovioc in four sets.