Medvedev not fussed by Djokovic dilemma 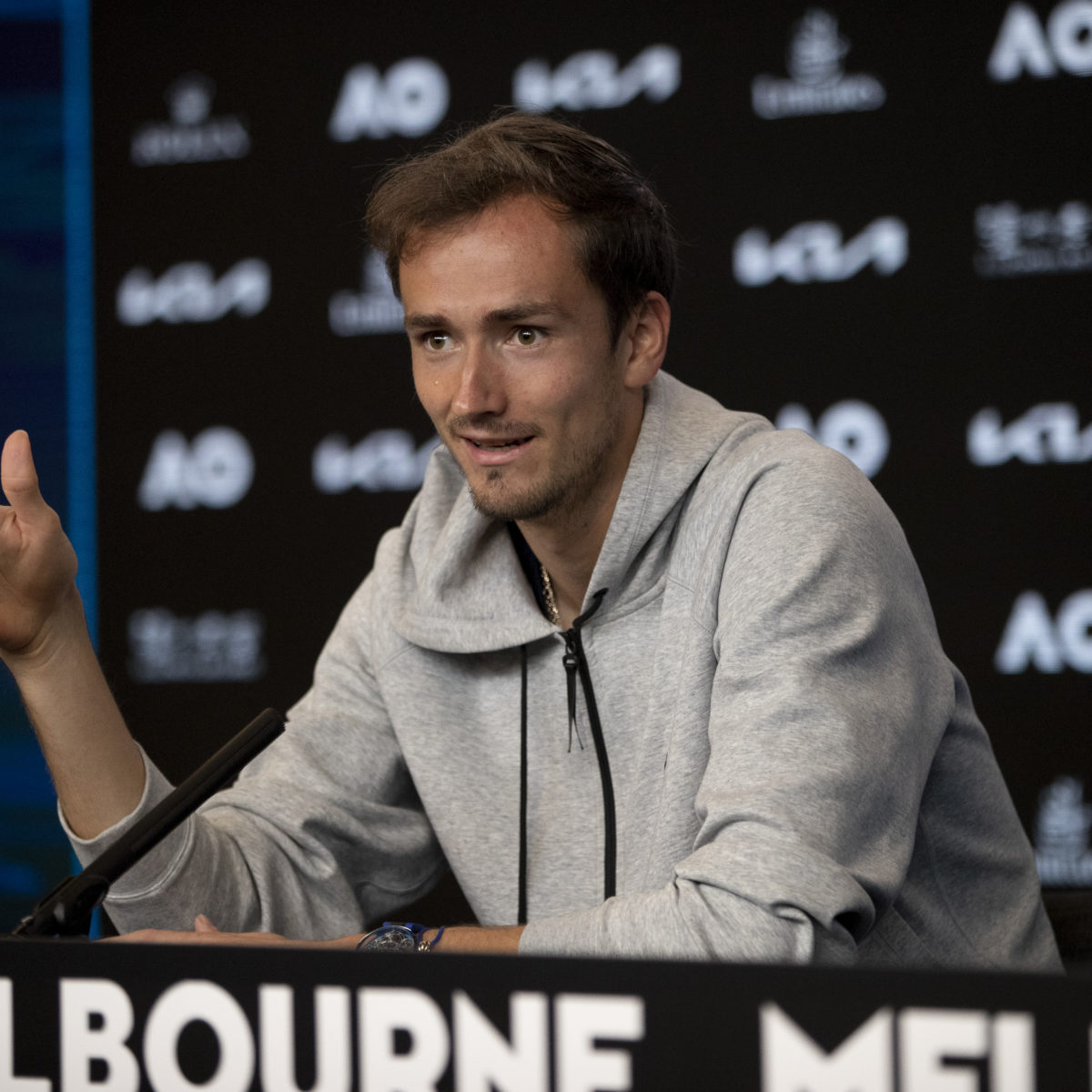 Second seed Daniil Medvedev just cannot waste time worrying about the ramifications of the Novak Djokovic court case as he makes his own preparation for Monday’s start of the Australian Open.

With Djokovic’s expensive legal team set to plead their client’s no-vaxx case in front of a three-judge federal panel in Melbourne on Sunday with hopes the anti-vaxxer can make his start at the major, it’s all just white noise to world No. 2 Medvedev.

“I suppose that tomorrow we will know if he plays,” Russia’s reigning US Open champion said in the Melbourne run-up.

“Tomorrow we will know something more about the subject because several different decisions have been made in recent weeks.

“On the Novak situation, I want to say that we are in Australia, it is their rules.

“From what I know, if you have a valid exemption to be in the country, then you should play.

“If the waiver or other document is invalid, any country can deny your entry.

While the Djokovic case is a hodge-podge of legal detail and hair-splitting, it’s still a distraction for the rest of the field, where around 98 per cent of all Top 100 players are jabbed for COVID with the Serb the raging exception.

“It’s a tough situation for everyone. Focusing on myself, even if Novak is in the draw, I will only meet him in the final.

“I have to win at least six games first. I wouldn’t change too much my preparation for the tournament or a particular game.”